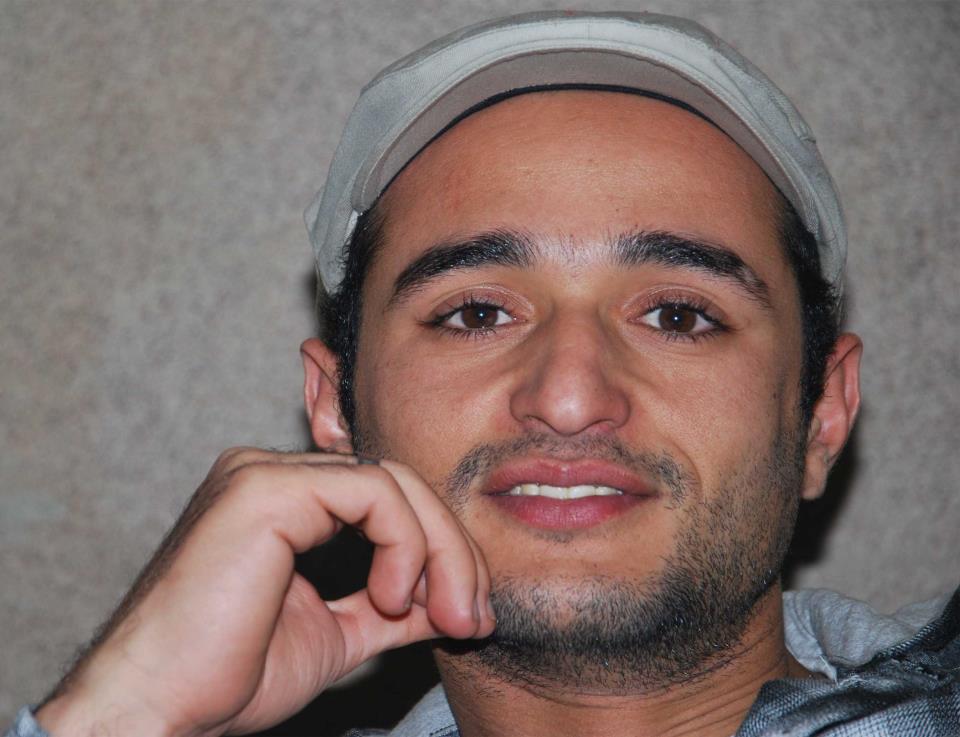 Ahmed Douma’s wife, Nourhan Hefzy, has denied claims that the prominent activist has ended his hunger strike for fear of his deteriorating health condition, according to a statement posted on her Facebook page.

Hefzy said she visited her husband last Thursday and that he has vehemently rejected the idea of ending his hunger strike for any reason despite his worsening health, disregarding several officers’ advice to do so.

A number of local newspapers and TV channels had reported that Douma had ended his hunger strike due his health condition, citing security sources at the Interior Ministry. Some reported that he signed a report admitting this.

“I am positive that Ahmed did not end his hunger strike, due to a lengthy discussion between me and him and friends and finally some of the prison’s officers,” Hefzy wrote.

Douma was sentenced to three years in jail for breaking the Protest Law. An appeal against the ruling was filed by the late Ahmed Seif al-Islam, but no date has been set for a retrial.  Douma started a hunger strike on August 28 against his imprisonment.

Douma’s health condition has been rapidly deteriorating, according to family members, who said that he is currently suffering from gastrointestinal complications due to an old ulcer. He took three medical tests at Qasr al-Aini hospital last week, but the police personnel accompanying him refused to admit him to the hospital.

Earlier this month, the National Council for Human Rights (NCHR) urged prison authorities to provide Douma with immediate medical attention and transfer him to a hospital so his condition could be monitored.

Hefzy said she holds Interior Minister Mohamed Ibrahim responsible for any assault Douma might have been subjected to, in an attempt to force him to end his hunger strike, or write an “imaginary report” admitting that.

“May I remind you that the Interior Ministry previously assaulted him and forced him to attend a court session despite his health condition and issued a medical report from the prison’s hospital saying that he is able to attend to hide his deteriorating health condition from the public,” she said.

Hefzy said that the local news outlets who reported the news deliberately avoided confirming the news from her or any other member of Douma’s defense team.

She called on the NCHR to conduct another visit to Douma and investigate the details behind these claims.

Hefzy said that she had brought him medication on her last visit. She said that he also started taking salt solution, which helps him walk for around 5–10 minutes each day.