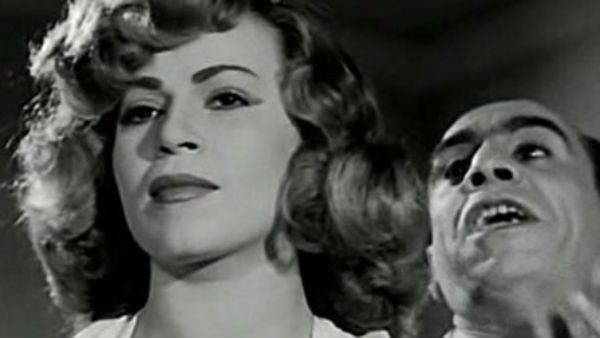 For years after the 1952 revolution, Egyptian cinema produced movies about the new era that could best be described by the slogan, “Hold your head up high brother, the era of slavery has ended.”

Rodda Qalby (Give me Back my Heart, 1958) by Ezz Eddin Zolfikar and Al-Aydi al-Na3ema (The Soft Hands, 1964) by Mahmoud Zolfikar are just two examples. They glorify the revolution and what it represented, while depicting royalists in the most negative light.

The setting is the posh and massive Lebon Building, on the Corniche next to Zamalek’s Fish Garden — a building designed by Antoine Selim Nahas for a French insurance company, finished in 1952, and famous for housing cinema industry players and for its own roles in various movies.

“No servants allowed in the elevator,” says a sign is the slick modernist lobby. It’s a hot day, and one elevator is out of order. A queue builds for the other one.

Eventually, the operator allows 13 people to join him in the working elevator — too many. They include a middle-class man and his pregnant wife, a suicidal teenage schoolgirl, a pickpocket, a man who escaped from a mental hospital, a 70-year-old bridegroom, a cook, a snobbish but penniless aristocrat, an adulterous couple, a sexual harasser and a movie star called Nahed Shoukry (and her cocker spaniel).

Due to excess weight, the lift stops between two floors, leaving 14 adults and Samba the dog squashed up together for more than an hour. The film is in real time and almost all the action takes place in the lift.

As time passes, masks fall. The actor (Hend Rostom) gives up on her fake French accent and her impeccable coiffure and starts cursing as the situation pushes her to her limits. The adulterous couple turn against each other, the old 70-year-old regrets remarrying and vows to go home to his wife and kids, the pickpocket returns his stolen goods to their owners. 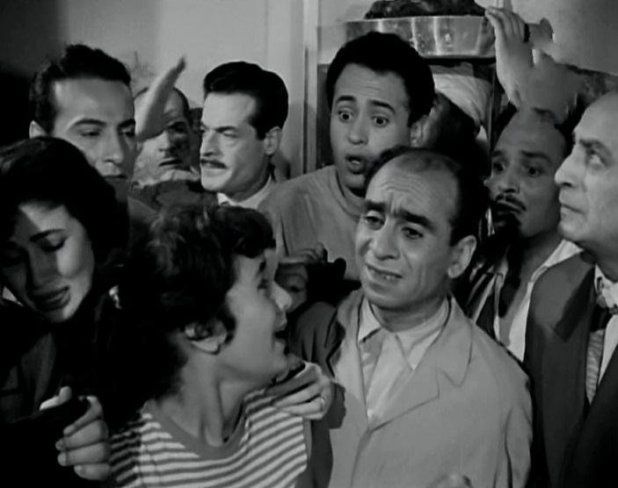 The elevator is a miniature Egypt with its disintegrating bourgeoisie, its rising working class and the imbalance that resulted from that shift. The colorful dialogues between the knowledgeable cook (Amin Wahba) and the aristocrat (Abdel Salam al-Babolsi) depict this shift.

“Everything is going the wrong way in this country,” says the aristocrat.

“Leave it if you don’t like it,” answers the cook.

Later, the latter criticizes the aristocrat’s arrogance by asking sarcastically, “Do you have two votes in the elections and we have only one?” 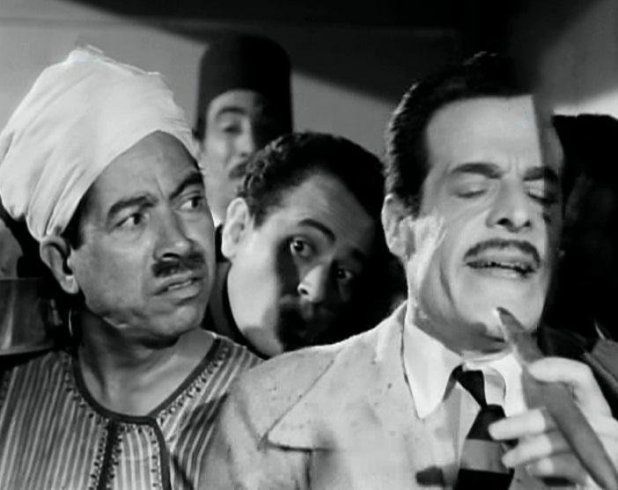 Also representing the period’s budding working class are the building’s doormen. As the lift’s passengers yell for help above, they chill lazily by the door checking the horse race scores and betting on contestants in another portrayal of an oppressed social segment reacting for the first time to freedom.

Between Heaven and Earth also touches on xenophobia and the growing animosity against foreign communities through the European family who is impatiently waiting for their Egyptian servant to bring back their food, but also too scared to reprimand him because he can get them into trouble.

The movie points at new social phenomena: The taxi driver who gives the passenger attitude for not having change, and the harasser that suddenly blossomed in Egypt’s streets (played by Saeed Abou Bakr).

Naguib Mahfouz’s ingenious screenplay leaves all his characters nameless and strips their identities to focus on their daily human interactions, though still granting names to the famous actress and her cocker spaniel, perhaps to suggest a society that is becoming more superficial.

Mahfouz makes fun of everyone and everything, and with co-writer Sayed Bedair produced an impeccable scenario marking the trail of events right from the opening scene, when the actress exits her fancy car and walks away with the camera fixated on her rear.

“Clean classy clothes and dirty heart,” says the cook, and every “bey” in the box comes forward with his or her shortcomings, the aristocrat, the thief, the cheating wife, the polygamist and the suicidal school girl.

Unlike typical movies of the era, in which a struggle between good and evil takes place and the protagonist naively wins every time, in this film there are 14 inner struggles in one hanging metal box. The characters are weighty and human — three-dimensional messes that revert back to their previous public selves within moments of their release from captivity.

The unusual set must have been a challenge for cinematographer Wahid Farid, but he makes it believable and conveys a great sense of suffocation in crisp black and white. The soundtrack is crazy and sarcastic, with samba tunes that utterly contradict the ordeal at hand. The whole movie is a dark joke.

AD
You Might Have Missed
Carbon Colonies & A Green New Deal
Mugamma revisited: Reimagining the building and the square
Where do old lesbians go to die?
What we talk about when we talk about trees
AD
Amany Ali Shawky
89 articles on Mada

Topics
Related
Egypt's cinematic gems
Egypt’s cinematic gems: A Woman’s Youth
Hessen Hossam | This is not just a simple story of a sexy older woman seducing a college boy and finding excuses to belly-dance
cinema
The conscript in Egyptian films: Part 1
Adham Youssef | Egyptian cinema may be criticized for poor effects, overrated acting and commercial tendencies. Yet it
Cairo
Egypt’s cinematic gems: Cairo Station
Andeel | Throughout the film’s multi-layered body a suppressed steaming power boils inside, looking for a crack
cinema
On the seven films of Tawfiq Saleh: Militant with a camera
Adham Youssef | It wouldn’t be easy to definitively categorize Tawfiq Saleh as a Marxist filmmaker, but his works are