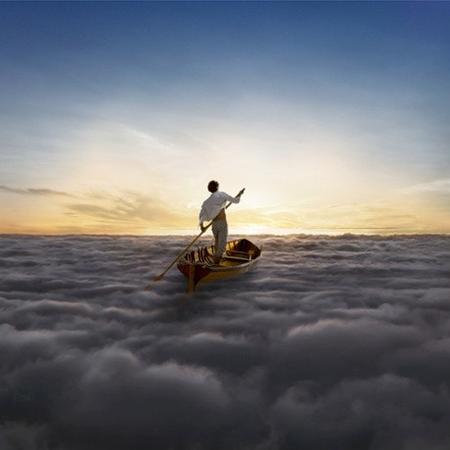 An 18-year-old Egyptian artist, Ahmed Emad al-Din, has been chosen as the designer of the new album cover for English classic rock giants Pink Floyd.

Pink Floyd, one of the most successful rock bands worldwide with a career spanning well over four decades, is due to release their new album “The Endless River” on November 10. This is their first album in 20 years, since “The Division Bell.”

The album cover for the new record will feature Emad al-Din’s eye-catching design of a man rowing a boat through a river of clouds.

The 18-year-old has been entrusted with the task of filling the shoes of Pink Floyd’s long-time graphic designer, Storm Thorgerson, who passed away in April last year. Thorgerson was an internationally celebrated artist who designed album art for several other major rock bands, including Led Zeppelin, Black Sabbath, Scorpions, and Genesis, amongst others.

The gifted Egyptian teen, who was born in the Saudi Arabian city of Jeddah, has been making a name for himself as a graphic designer since the age of 13, but had not gained major notoriety until recently when selected by Pink Floyd.

In an interview with the UK’s Independent, Emad al-Din said, “A creative agency working for Pink Floyd contacted me after checking my artwork on the Internet, as it has appeared on online galleries on behance.net.”

“Thinking about life and nature, and what is beyond the world of charming factors that we have never seen is enough to create millions of different amazing feelings,” the young designer added.

Pink Floyd’s “The Endless River” is a tribute album dedicated to the band’s keyboardist Rick Wright, who passed away in 2008.

According to an interview in Rolling Stone Magazine with Pink Floyd’s guitarist David Gilmour, this album is primarily instrumental, featuring unreleased recordings and takes by Wright. “Louder Than Words” is said to be the only non-instrumental track on the new album.