The conscript in Egyptian films: Part 2

CSF conscripts at a 2012 demonstration
By
Adham Youssef

Having swung from anti-colonial to glamorizing before becoming more complicated due to conflict, conscription was used in film to discuss corruption and revolution during the Mubarak era, and became quite controversial.

In 1991 Salah Abu Seif, a master of Egyptian realism, directed Al-Mowaten Masry (The Egyptian Citizen), an adaptation of a novel by Youssef al-Kaeaed. Taking place in 1973, it’s about a rural Egyptian worker called Masry. His family had owned a small piece of land as a result of Nasser’s land reform polices, but it now belongs to the feudal mayor again.

So Masry agrees to enter military service instead of the mayor’s son, in exchange of the ownership of the land. A small forgery takes place, and Masry is sent to the front during 1973 war, where he dies.

The film reflects on what Abu Seif wanted to emphasize as “post-Nasserism.” He showed the corruption of the Sadat period and the return of inequality through a double blow: the land Nasser gave to the poor is returned to the rich, and the poor are those who suffer the horrors of war. 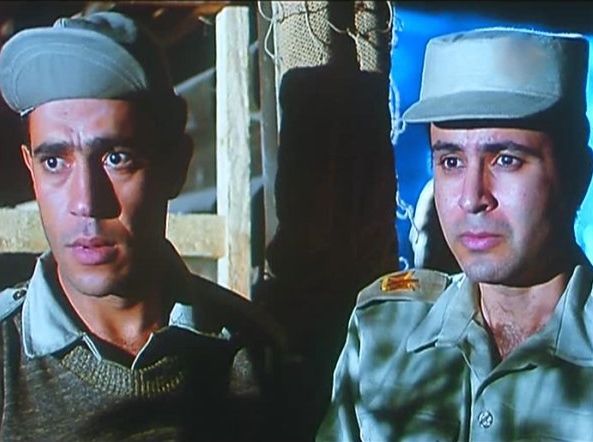 Masry dies in battle, but his family does not get credit for his martyrdom. The connotation is powerful: Many died to retrieve stolen land, but the country’s rulers betrayed the murdered and shook hands with the murderers.

“Military barracks in Russia are as a rule worse than any prisons,” wrote Lenin in 1905, “nowhere is individuality so crushed and oppressed as in the barracks; nowhere are torture, beating and degradation of the human being so rife. And these barracks are becoming hotbeds of revolution.”

In February 1986, with Egypt’s economy suffering the consequences of high foreign debt and the results of the first Persian Gulf War, a rumor spread in the Central Security Forces’ barracks in the Giza security camp that military service would be extended from three to four years.

The soldiers reacted by storming their camps, attacking their officers and taking to the street in anger. They attacked the sites of privilege they had to guard but could never imagine enjoying: hotels, resorts, casinos and cars. This spread to various cities, reaching Upper Egypt, causing a full-scale riot. Curfew was declared, and the army took to the streets and violently crushed the mutiny. Until this day there are no official records of how many soldiers were killed.

It was only after this incident that the public became aware of the extent of violations against young soldiers, their ill treatment and abuse by officers, inhumane work conditions, and indeed what Lenin described as the “degradation of the human being.”

Most conscripts who are part of the controversial CSF are recipients of almost no education and are sent by the military to the Ministry of Interior for their three years of service, instead of the more common single year.

Weeks after the mutiny, Al-Barii (The Innocent, 1986) was released, telling the story of young Ahmed Sabieleil Radwan al-Fouli (Ahmed Zaki), a hardworking farmer brought from his remote village to be a CSF soldier guarding a prison containing political detainees. 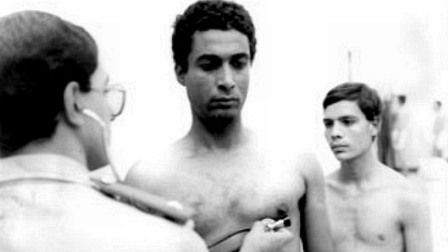 Directed by Atef al-Tayeb, it is considered one of the most important of Egypt’s political films. Tayeb shows the transformation of naïve rural worker into furious killing machine, from being gathered in the village, escorted to the military unit, to receiving his uniform.

The film creates a dialogue between Ahmed’s understanding of homeland and what he is taught in military life. A commander convinces him that political prisoners are “enemies of the homeland,” giving him the green light to kill and torture them. This leads to Ahmed killing a prisoner trying to escape. But when he finds an educated friend from his village is a prisoner, he refuses to obey orders. 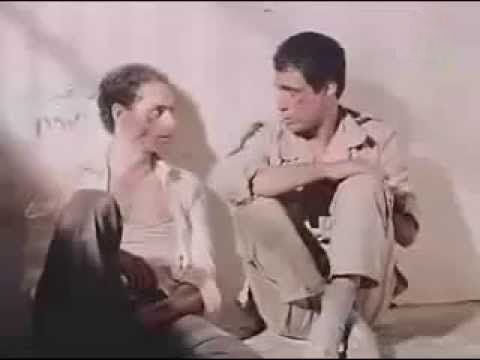 The original final scene, removed by order of the ministers of defence and interior, showed the demoted Ahmed killing officers when they start to torture a new intake of prisoners. Once lost and brainwashed, Ahmed is now at the peak of his consciousness. But a new recruit survives and kills him, announcing the creation of a new Ahmed Sabieleil Radwan al-Fouli.

In 1992 Sherif Arafa directed Al-Irhab w al-Kabab (Terrorism and Kebab, 1992), with a script by Waheed Hamed. A middle-class government employee, Ahmed Fattah al-Bab (Adel Imam), wants to transfer his children to another school, gets caught up the bureaucracy of the Mugamaa, gets into an argument with a religious employee and is accused of blasphemy. Security guards try to arrest him; he resists and panic spreads. He is declared a terrorist and finds himself taking scores of hostages.

Fattah al-Bab is joined by other rebels: a sex worker who condemns society’s double standards, a farmer who has failed to find justice in the courts, a husband tired of his abusive wife, and a conscript, a stick orderly who is mistreated by his officer.

The conscript (Ashraf Abdel Raziq) accepts all kinds of humiliation from his officer, but refuses to have his parents insulted. As he finally rebels, he utters a sentence that must describe the sentiments of thousands of Egyptian soldiers: “I am not in the service of the homeland. I am in the service of my commanding officer, his wife and his kids.” 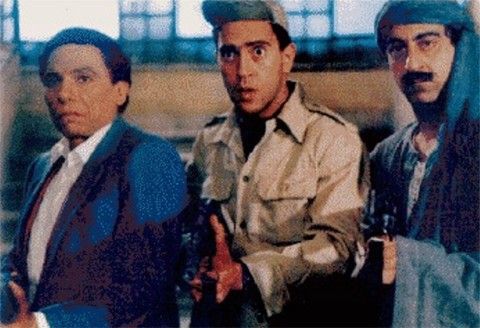 This idea of the strong, well-built but relatively stupid peasant serving in the army has been particularly present in two films; Mohamed Hinaidy’s Askar fel Mo’askar (Soldier in the Camp, 2003) and in Marawan Hamed’s Imerat Yacoubian (The Yacoubian Building, 2006). The first concerns a young man from Luxor doing his service in Cairo, where he faces an old vendetta. His naivety and occasional stupidity are the main bases for the film’s comedy. The second also features a naïve conscript (Bassem al-Samra), who gets involved in an exploitative relationship with a gay Cairene journalist. Alaa al-Aswani, on whose novel the film was based, emphasizes that his unworldliness and financial need are the main reasons he gets tricked into the relationship.

Throughout all these films, despite the changing attitude toward conscripts, the moral is that mandatory conscription for Egyptian men is used to support a social system that gives power to one group over another, a system where the poor serve the rich, where people are enslaved in the name of nationalism and patriotism.

This month more than 15 soldiers and low-ranking officers have been killed in ambushes and drive-by attacks so far. They will be called martyrs and have received military funerals, but will their souls be avenged in any way? Will we know who put them in such badly defended positions? Will anyone ever be punished? The answer is no: The price of a conscript’s life is very low.

Part 1 of this two-part series is here.

AD
You Might Have Missed
Where do old lesbians go to die?
Carbon Colonies & A Green New Deal
Mugamma revisited: Reimagining the building and the square
What we talk about when we talk about trees
AD
Adham Youssef
9 articles on Mada

Topics
Related
cinema
The conscript in Egyptian films: Part 1
Adham Youssef | Egyptian cinema may be criticized for poor effects, overrated acting and commercial tendencies. Yet it
cinema
On the seven films of Tawfiq Saleh: Militant with a camera
Adham Youssef | It wouldn’t be easy to definitively categorize Tawfiq Saleh as a Marxist filmmaker, but his works are
Ahmed Zaki
Egypt’s cinematic gems: ‘Against the Government’
Andeel | “We are all corrupt, no exceptions, even with helpless silence, we are corrupt.”
Egypt's cinematic gems
Egypt’s cinematic gems: ‘Searching for Sayed Marzouk’
In an avalanche of events and people, the hero's link to reality thins, as does that of the viewer.