A donation plea for Egypt to live long 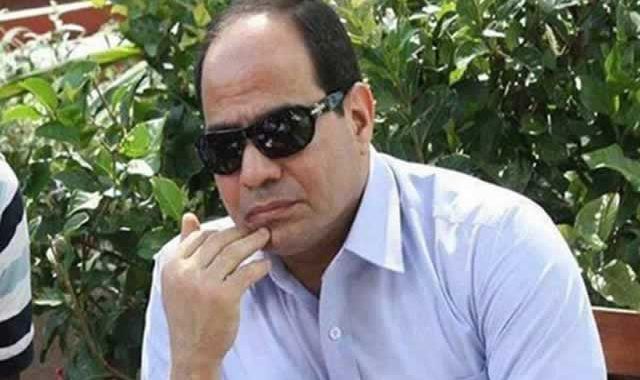 His statement was directed at businessmen as well as average citizens, urging them to donate to the Tahya Masr (Long Live Egypt) fund.

The usually soft-spoken president took an unforgiving tone when referring to the charity fund that he initiated to help the Egyptian economy in late June, shortly after being elected. His call for donations came amid reports that the Tahya Masr donations collected so far may be insufficient, a disappointment for the popular president who was voted in by a nearly 97 percent margin at the polls.

Sisi himself donated half of his salary and his accumulated wealth to the fund, so why haven’t more Egyptians followed suit? Particularly when the turnout for the Tahya Masr fund pales in comparison with the Suez Canal investment certificates, which reportedly collected LE9 billion in the first 48 hours.

The only difference is that the money collected for the Suez Canal has a return rate and the promise of a grand, national project.

Official figures on how much the fund has accumulated over the past two months have not been released, but one fact is certain: Sisi has not met his LE10 billion goal just yet.

“The man wants billions, and so far we only have a few millions. We need billions,” says a source from the Central Bank of Egypt’s (CBE) media office, who spoke on condition of anonymity as he is not authorized to issue statements regarding the fund.

Central Bank Governor Hesham Ramez announced the inauguration of the fund by opening a new account with the number 037037, the date that former President Mohamed Morsi was ousted.

The CBE source says that he does not know how much money has been collected so far.

He emphasizes that the fund is run by Sisi himself, chuckling under his breath at the ludicrousness that the fund should be questioned, since the donation box falls under the president.

“I’m telling you, it’s under his supervision,” he repeats.

The CBE opened a similar account, number 306306, following the June 30 protests that led to Morsi’s ouster. Similar to the Tahya Masr fund, no information has been provided about how much was collected for the previous fund, nor how it was spent. In fact, the earlier fund was only briefly mentioned when Tahya Masr came to light, with reports suggesting that the two would merge.

However, that has not happened yet, either.

“They might potentially combine them into one account,” says the CBE source. “But it hasn’t happened yet.”

Concerns like these were raised by AlexBank CEO Roberto Vercelli when he initially refused to have the bank donate to the fund, saying that he was not aware of who was running the fund or how the money would be spent. The AlexBank stood on its own as other state-owned and private banks such as HSBC, Banque Misr, Banque du Caire and the National Bank of Egypt all contributed.

However, less than a month later, Vercelli retracted his previous statements and announced that AlexBank would in fact donate to the fund, citing the government’s new national projects, such as the Suez Canal, as being the reason behind his change of heart.

“We are proud of this donation that helps, even partially, to build the developed Egypt of which we all dream,” Varcelli said in an August 12 statement.

Aside from those seeking to appease the state, on an almost daily basis local newspapers publish personal stories of patriotic citizens from the lower classes who donated all that they could to the fund.

There’s Fatma Mohamed Mostafa, who donated a gold bracelet — her only remaining piece of jewelry, the privately owned newspaper Youm7 reported on August 18.

Lost in the confusion of all the funding the government has recently demanded, an elderly couple with good intentions went to the military consultant’s office in Ismailia to donate their savings of LE1,000 to either the Tahya Masr fund or to the new Suez Canal project, according to the privately owned Al-Masry Al-Youm (AMAY).

And then there was the ultimate Sisi fanatic, who was previously known as Amir Diaa al-Din but has now officially changed his name to Sisi Diaa al-Din. He told the privately owned Al-Watan newspaper that he wants to donate his organs to the fund, and declared this wish in a letter to Sisi.

And the president has shown his gratitude, so far meeting with the oldest to the youngest contributors to the fund. In late July, Sisi received Zeinab Mostafa, a 90-year-old woman who donated her gold earrings, and offered her a free trip to perform pilgrimage in Saudi Arabia. On September 2, Sisi then received the youngest donor, 8-year-old Hayah Ayman Saad al-Din, who gave LE 500 — part of which was a prize she had won for a Quran-reciting competition. While Saad al-Din gave Sisi a Quran as a gift, he gave her a signed picture of himself in return.

“The idea of appealing to the public’s patriotic and emotional sense is nothing new, and has been used by everlasting European nations such as Germany, Austria, England and Hungary from the end of the 1800s onwards — usually in times of war, and in some cases to absorb liquidity to put the brakes on inflation,” says Karim Helal, an economist and chairman of ADIB CAPITAL, as well as the Asia Egypt Business Association.

Even though there isn’t a solid, physical enemy facing Egypt at the moment, there are multiple threats such as the ailing economy, poverty, unemployment and terrorism, Helal says, which people have become more aware of recently.

Helal has no problem with this concept, noting that he himself aimed to create a similar initiative following the January 25 revolution to encourage young people to invest in the stock exchange.

“I had proposed a similar program to the then-finance minister right after January 25, when I felt that the wave of patriotic emotions was at a zenith,” Helal says. “There is similar sentiment now galvanized by the leadership of President Sisi; clearly he is well aware of that, hence the initiative.”

“It’s a good idea if it has certain objectives, such as reducing public debt, recovering from an economic crisis, reducing deficit, building infrastructure,” says finance professor Aliaa Bassiouny. “As long as there is a clear plan on how the money is going to be used, then it’s beneficial.”

Bassiouny adds that the idea is not unheard of. The United States treasury also accepts gifts to reduce public debt, which raised over US$20 million from US citizens as a gift to the country without any return.

The alternative would have been imposing new taxes on all people, Bassiouny notes, while the donation fund is a form of charity with no commitment whatsoever — therefore, only those who can afford it are asked to contribute.

The same goes for businessmen. Instead of investing in a project that will likely pay off in the long term, Bassiouny says the fund is considered less of a commitment for them, as well.

“I would have personally preferred to see a structured vehicle with a clear and transparent investment agenda, and more importantly, a transparent and professional management set up to deploy the capital, according to the declared investment parameters and objectives,” he says.

Helal thinks the money should go toward a project that would add value to the real GDP, create productive jobs and improve the quality of basic public services.

But for Bassiouny, it is about resolving short-term issues.

“The fund can help alleviate the problems that the country is facing now until big, national projects come into effect, and you see the return on investment out of all of that,” she says.

“I would also like to think that the government does have a comprehensive plan,” says Helal. “But I believe that there is a lack of transparency about what will done with such funds, when and how.”

Driven by curiosity, rather than patriotic sentiment, I also decided to donate to the Tahya Masr fund. Rather than promise Sisi my vital organs, I settled on a humble LE100 and accepted that I would be outdone by an 8-year-old.

When I arrived at the National Bank of Egypt, one of four banks that accepts donations, I quietly stated that I was here to donate to the Tahya Masr fund. The security guard and the policeman sitting next to him greeted me with excitement and respect.

“That’s it?” the policeman asked cheekily as he handed me a number and asked me to wait my turn.

After my number was called, I walked up to the desk, bolstered by my two new friends at the door, and stated that I would like to donate to the Tahya Masr fund, to which a busy bank teller shook his head and asked for my ID.

First, however, as a contributor to the fund, I had a few questions: how much money has been collected so far, where will the money go, and how soon?

The bank teller responded impatiently with “I don’t know” to every question.

I then asked what the difference was between account number 306306 and 037037. He went into a discussion with his neighboring colleague, and finally came back with an answer: “306306 is called Support Egypt, while 037037 is called Long Live Egypt.”

Both accounts were active at the same time, and people can still donate to either one, I learned.

“Now, are you going to give me the money?” the teller asked, as I handed over my LE100 bill, not knowing where it would end up.

AD
You Might Have Missed
Carbon Colonies & A Green New Deal
Where do old lesbians go to die?
What we talk about when we talk about trees
Mugamma revisited: Reimagining the building and the square
AD
Passant Rabie
45 articles on Mada