Three takes on The Blue Elephant 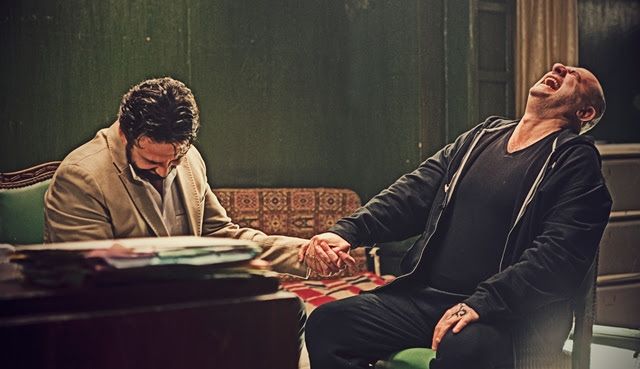 When I came home after watching Marwan Hamed’s Al-Feel al-Azraq (The Blue Elephant), there was a 1959 black-and-white production called Om Rateeba playing on TV. It’s a low-ish budget movie by Al-Sayed Bedair, about an old man who promises his family on his deathbed that he will return on the 40th day of his passing to tell them about the “other side.” It’s a light comedy that has had little to no impact on the history of Egyptian cinema. A comedy that you may watch for fun — or not.

Aside from the migraine I left the Galaxy cinema with, a pressing thought lingered in my mind: Do I like this movie? I still don’t know. Rarely have I read the book (in this case Ahmed Mourad’s 2012 novel of the same name) then watched the movie. I simply watched the movie first — every time. Comparing what you read to what you’re watching is tedious and unfair to yourself.

If you decide to hate The Blue Elephant (I’m not saying I hated it or loved it), make sure you hate it for the right reasons. There is no top-notch, kick-ass acting taking place in this motion picture and you would be naïve to expect it. Karim Abdel Aziz (Yehia) has made his mark in Egyptian cinema as the good-looking and humorous jeune premier, easing his way into various box-office successes. Khaled al-Sawy (Sherif), a prominent actor widely known for his role as the gay guy in Yacoubian Building, hasn’t done anything to remotely match that success since. As for the female protagonist, Lobna (Nelly Karim), I doubt there was much she could do with the role since it’s the third to the two male protagonists and has almost no control over the course of events.

The Blue Elephant is suppose to daze and amaze you. So if it hasn’t done that then its producers have failed. And it does drag, yet at the same time it lacks many of the little details of the book. The special effects alleviate some of this heaviness, but not for long. Yehia’s hallucinatory trips, a favorite part of my reading experience, were severely damaged by the unconvincing graphics and the neon blue elephant with three trunks. Yehia’s last trip, to 17th-century Cairo, is turned into an orientalist freak show in which half-naked kids play with big snakes.

The ending was altered to compliment the whole blockbuster experience and give the spectators something that would let them go home happy. The Blue Elephant and Om Rateeba are both entertaining movies that amuse you for the couple of hours you’re watching them. But they won’t change your world and won’t be the best movies you’ve ever seen. Not even close. 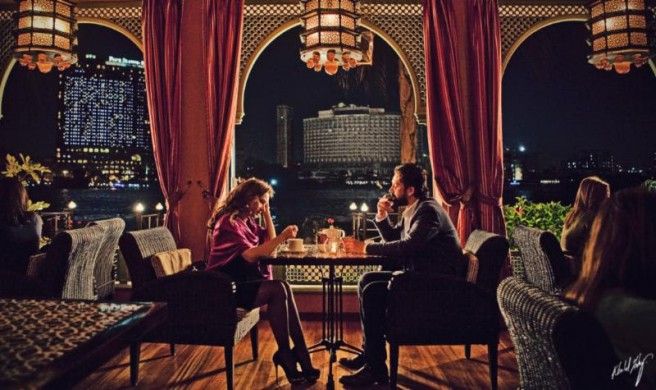 In The Blue Elephant, everything is very clearly stated. We know that the main character, a doctor, is a cool alcoholic because in the first scene he has a beer for breakfast in one gulp, his kitchen table is taken over by a carefully constructed pyramid of Stella bottles, and he wears sunglasses most of the time. We know as soon as we meet the scary character that he’s the scary character because he’s got a lot of tattoos and deep dark music plays and the film briefly goes into slow motion. When we hear that the scary character used to have a marriage, in the next scene a photo is found of the couple looking happy together to really drive home the point. This means it’s difficult to be surprised by anything.

Apart from a few modestly brief attempts at rakish camera angles (at one point we have a view of several ceiling fans shot from above, the footage sped up then slowed down), and a few short hallucinatory episodes which are probably the most interesting parts of the film, the three hours consists of close-ups of people talking to each other shot with a remarkably shallow depth of field. This is a wasted opportunity to make the film more visually interesting, as the details of the mental hospital and the doctor’s flat (the two places where almost all the action takes place, although we never see his journey to or from work) are mostly blurred out to focus all attention on a crisply lit head taking up most of the frame. This has the side effect of sometimes making the film look like a perfume ad. It also means that the viewer gets no real sense of the spaces in which the film takes place — as we go from one conversation or confrontation to another we are not grounded in a convincing reality.

This disjointedness is accentuated by the fact that the characters do not seem to learn from experience: The scary, apparently schizophrenic character is prone to violent episodes when left alone in a room with someone, but this continues to happen throughout the film. Other touches of fantasy, like the extremely high glossy black stilettos that the female protagonist wears despite being a working mother (her children conveniently disappear for most of the film), make it hard to be that impressed by the scenes that actually are meant to be fantastical.

Perhaps it’s the fault of the book it’s adapted from, but the film lacks an effective dramatic structure. The whole three hours is paced very evenly, with something scary or exciting happening every five to seven minutes, and in between lots of talking. This creates a steady rhythm that fails to build anything up and becomes increasingly predictable.

Finally, I assume that the film’s simplistic, clichéd and one could say downright irresponsible approach to mental illness is derived from the book, but this doesn’t make it forgivable. 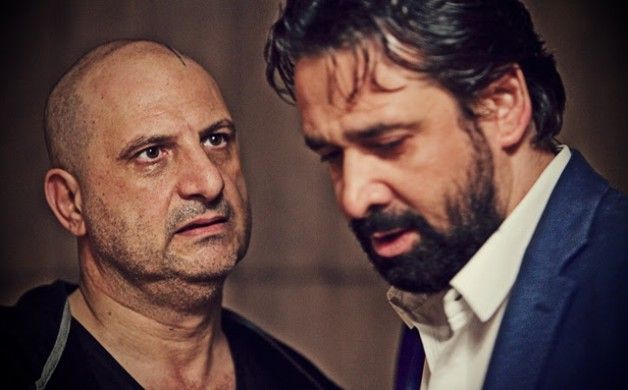 There are too many movies in the world, probably because movies make a lot of money. Explaining why they are bad is a very important task despite its loathed reputation. A person wakes up early for many days, makes plans, marks calendars and has extremely stressful phone calls to make a movie happen, then someone pays LE40 to watch it, and says: “This movie is shit!” It’s a bit heartless, but if the movie is honestly shit you have to prove it, right?

In our cinema industry, production is small and most of the options are movies about thugs in slums dancing to shaabi music waving giant machetes around belly dancers, movies that only care about making money. So it’s quite difficult to explain to this audience why a movie adapted from a novel, directed by an aspiring filmmaker starring a bunch of good actors and actresses — which cost a lot of money and includes fantasy scenes with excessive, unprecedented special effects — is terrible without sounding spiteful. What more could one ask for than a high-budget movie, well-made, exploring artistic territories in the realm of our own identity, not just another American-influenced movie? What do you want? Huh? WHAT DO YOU WANT?

I didn’t buy The Blue Elephant. I didn’t believe it. I didn’t trust its intentions. I was embarrassed that a movie that is nothing more than a cheap horror flick is treated — and behaves — like a masterpiece, a first-rate production, an artwork. I admit that I didn’t start watching with a very positive attitude, but none of the director’s prior work encouraged me to have one. I actually watched it so I’d be objective when I’m asked about why is it bad, and I now feel like I don’t have to be objective.

It’s true that the makers of this film worked hard and were serious about lots of its details. I think they were well paid for it, however, and I believe this is where the pampering stops. I don’t like this movie because — just like any other machete movie — it only cares about making money, but it does a fairly good job hiding that.

The Blue Elephant was released in August and is currently playing in Egyptian cinemas.

Topics
Related
Ramadan TV
‘Women’s Prison’: A Ramadan TV triumph
Charlotte El Shabrawy | Poverty, sexual needs and corruption in all areas of life permeate the show, and are frankly and openly
Kamla Abu Zikry
Comparing this Ramadan’s leading actresses
Maha ElNabawi | I decided to forge a new vice in lieu of drinking alcohol during the holy month. Instead of the booze,
1919 revolution
Ahmed Mourad and the literary insult to intelligence
Sherif Azer | Dear Ahmed Mourad, I experienced steadily rising fury from the first page of your novel, “1919,”
1919 revolution
Ahmed Mourad’s ‘1919’: Story of an amputated revolution
Amany Ali Shawky | Initially, the cover image of a sad woman in her 20s with runny mascara staring diabolically into her