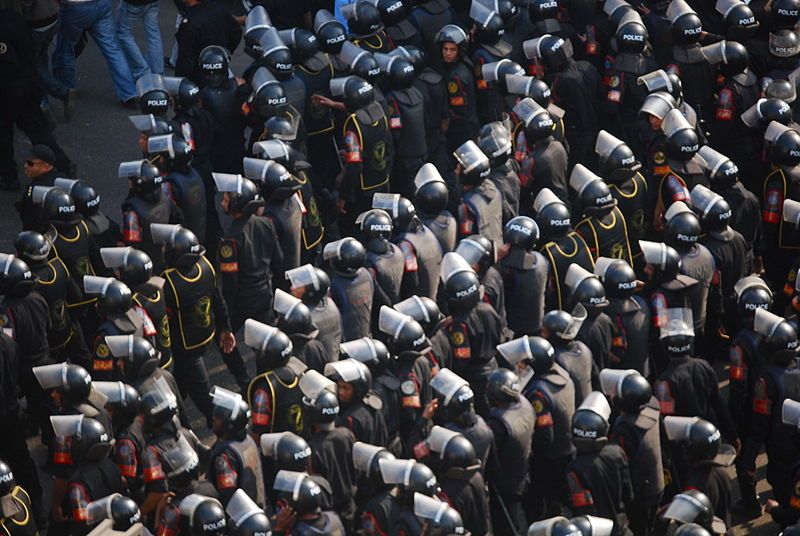 A conscript was beaten to death by his supervising officer at a Central Security Forces (CSF) camp in the North Sinai city of Arish, reported the privately owned newspaper Al-Masry Al-Youm on Friday.

Fellow conscripts testified that the deceased man, 20, wasn’t feeling well when he returned to the camp after a vacation, reported the privately owned newspaper Youm7. His 26-year-old officer allegedly forced him to participate in the morning drill anyway, and when the conscript complained that he was sick, the officer purportedly beat him severely with a tree branch. He died as a result of the injuries.

The man’s body was transferred to the military hospital’s morgue, and will then be transported to his hometown in Sharqiya. A police report was filed, and the authorities say they will launch an investigation into the incident.

Other conscripts at the camp are outraged by their colleague’s death, AMAY said, and exhort the Interior Ministry to open a fair investigation into the case and bring the assailant to justice.

There have been several cases of severe abuses committed against low-ranking CSF conscripts. In 2013, at least three incidents were reported in which police conscripts were tortured and killed at CSF camps in Beheira, Alexandria and Edko.

In March 2013, conscripts at the Edko CSF camp blocked the Edko-Alexandria road in protest against the murder of their colleague, who was shot dead by an officer inside the camp.

The Central Security Forces are a paramilitary force composed of roughly 300,000 to 350,000 personnel, tasked with assisting the police in securing state institutions and controlling protests and riots. CSF conscripts are recruited from army service conscripts with a low or minimal educational background.