On the seven films of Tawfiq Saleh: Militant with a camera

It wouldn’t be easy to definitively categorize Tawfiq Saleh as a Marxist filmmaker, but his works are examples of a conscious art. Saleh lived through the period during which Egyptian cinema commercialized, but he had a bias for social justice and scientific thinking.

This August marked two years since Saleh departed from this world, and since Egypt lost one of its primary revolutionary minds and cinematic geniuses.

From 1955 to 1980, he directed only seven feature films, small in number but large and precious in value. With new approaches and subjects, Saleh aimed to transform the passively consuming cinema audience to an active one.

Born on October 27, 1926 in Alexandria, he studied at the British-run Victoria College and read English literature at the University of Alexandria. He traveled to Paris in 1950 to study film, art and literature, and work as an assistant director, then relocated to Cairo in 1953, a time when many young people were radically moved by the political and social changes of decolonization.

A member of Al-Harafish (the Rabble), a group of intellectuals and artists that named itself after a novella by Naguib Mahfouz, Saleh based most of his films on texts by heavyweight writers that he knew. He transformed the literary discourse of the time into a cinematic one.

Although he disliked the term “realist,” he is considered a leading figure in Egypt’s realist school of filmmaking. This group lived through the downfall of the monarchy and the 23 July revolution, yet in responding to the sociopolitical changes in Egypt and the Arab world they were unable to remain optimistic.

Most of his works were either banned or had little popular support. They tended to be challenging and characterized by visual symbolism. And Saleh did not go in for crowd-pleasing romance, action or nationalistic rhetoric.

His oeuvre started with a hopeful tone. Belief in the top-down changes he witnessed is evident in his second film, Struggle of Heroes (1962). When his faith in such ideas declined, he advocated change led by the masses, for example in Al-Sayed al-Bolti (1969), but he also resorted to increasingly pessimistic narratives, such as in The Rebels (1968) and Diary of a Country Prosecutor (1969).

Tackling society’s greed and hypocrisy, the plot reaches its peak when the beggar wins the lottery and all hell breaks loose. Unlike him, almost every character changes. Once despised, he becomes the most popular person in the alley. A father turns against his son, a lover abandons his beloved, neighbors fight. In seeking to deceive the beggar, who simply does not understand the value of money, everyone reveals their true, materialistic colors.

Saleh’s camera focuses on each character’s daily actions and sayings, highlighting their transformation. Although the action is limited to the alley, the detailed cinematography and use of ballads to show hypocrisy distinguish the film from many that use the same setting.

Sira al-Abtal (Struggle of Heroes) was made in 1962, months after the downfall of the short-lived United Arab Republic of Egypt and Syria. In it, Saleh optimistically presents a figure of the educated vanguard: a doctor who serves a community that is suffering and deprived of education. 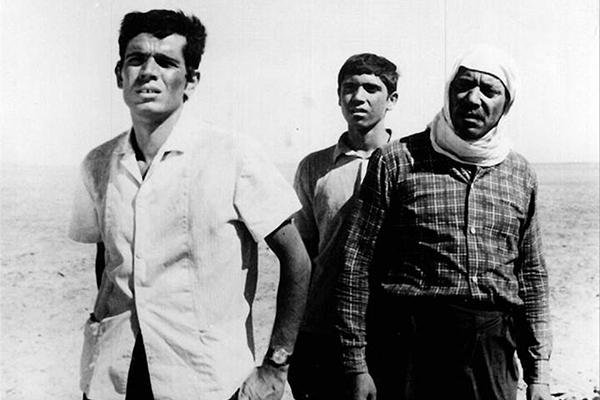 Transferred to a poor village controlled by an aristocratic family collaborating with British forces stationed nearby, the doctor confronts the greedy landowners, who prefer to pay the workers in soldiers’ leftovers, and opposes the traditional, mystical ways of healing approved by the village health director.

The idea of a leader of change followed by the masses is close to the Nasserist ideology. The regime wanted change and depended on political rhetoric; Saleh was one of many artists who supported this. The film is an example of optimistic realism, in which the revolutionary overcome the reactionary. In the end, the hero travels to another village. “A doctor is like a fireman,” he says, “needed whenever there’s a fire.”

Having been filmed in a village, Struggle of Heroes was screened in cultural centers in many rural towns to much acclaim.

Al-Moutamarridoun (The Rebels, 1968) is based on a story by socialist writer Salah Hafez. A sanitarium in the desert is divided into two sections: one containing privileged patients with good service and running water, and the other housing the impoverished, who are deprived of food, water and humane conditions. Saleh has the latter group performing harsh manual labor to complete his Marxist setting.

The figure of the vanguard hero is presented again. He arrives as a patient and raises the other patients’ consciousness until they protest. Their hunger strike escalates and they seize the hospital, proclaiming a new system. 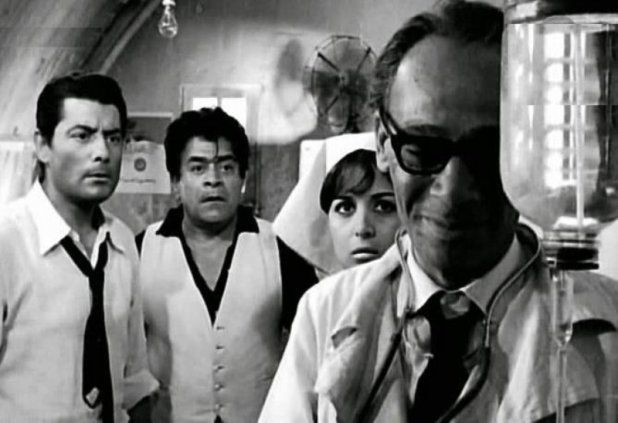 But this time a more pessimistic realism prevails. Saleh points at how personal interests can break down any revolutionary act. The patients successfully face waves of police trying to break up their sit-in, yet their once-united rebellion crumples and then the army viciously attacks.

Finished in 1966, the film warned against the Nasser regime’s corruption and oppression. It was censored, though, and Saleh was forced to make major changes to the plot. The Rebels saw light in 1968, one year after the defeat of the Arab armies, of Nasserism and Arab Socialism.

Al-Sayed al-Bolti (1969), for which Saleh wrote a script based on a novel by Saleh Morsi, continues his focus on the marginalized and his preoccupation with the idea of an iconic leader. Exploitation is again explained through an outspoken Marxist narrative: a fishing tycoon cooperates with a foreign investor to purchase a modern motorboat, which would leave hundreds of fishermen unemployed and at his mercy.

Saleh treats the vanguard figure here differently. At first the fishermen see him as having supernatural powers that will prevent the monopolist’s ship from arriving. Once the ship appears, they lose hope in their leader and resort into a more practical mode of confrontation. They mobilize to defeat their oppressor in a competitive rather than physical way.

Like Fools’ Alley, Al-Sayed al-Bolti is a musical, with dancing and romantic breaks between episodes in the struggle. But the symbolism of monopoly, the tone of political agitation and the lost faith in the vanguard figure led to the film to being banned in Egypt, with all copies confiscated by the authorities.

It examines various types of abuse of power in a rural village, as a prosecutor investigates an attack on a villager by an unidentified assailant. Saleh was clearly seeking to point out the inefficiency of the law in resolving disputes and achieving justice; a philosophical dilemma arises when the prosecutor sees that applying the law in such a corrupt and oppressive environment would be unfair.

Unlike the book, a comedy of errors, the film’s overwhelming philosophical and political tension make it more of a thriller. It tackles police corruption and a selfish leadership, and concludes with the prosecutor writing in his diary: “the ink that we write our reports with is obviously more expensive than blood. This is because ‘justice’ and ‘people’ are words still unknown to people in this country.” 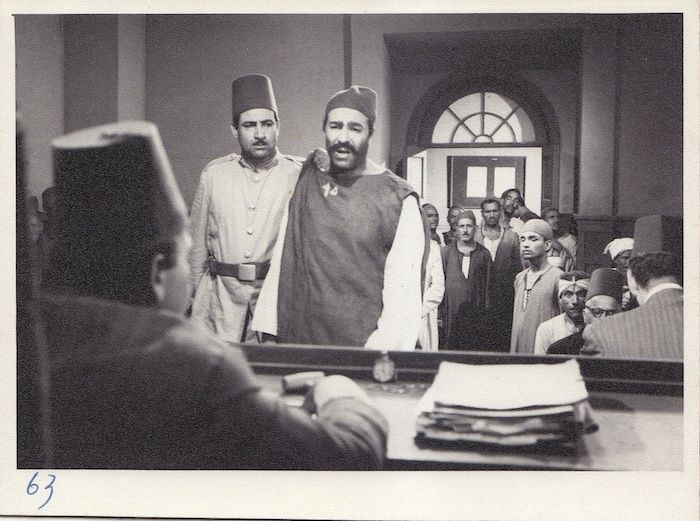 The film was initially banned by then Interior Minister Sharawi Gomaa, but Nasser personally intervened to allow the uncut film to be screened.

Increasingly rejected by producers, national cinema organizations and the censors, after making Diary of a Country Prosecutor Saleh moved to Syria. In 2013 interview, he said that a cultural official had told him that he would no longer find employment as a filmmaker in Egypt.

Al-Makhduqun (The Dupes) was Saleh’s last great film, and a masterpiece. Filmed in Iraq and Syria in 1972 with funding from Syria’s National Film Organization, it’s a perfect adaptation of Men in the Sun (1962), by Palestinian writer Ghassan Kanafani, spokesperson of the Marxist-Leninist Popular Front for the Liberation of Palestine (assassinated just after the film was made).

It’s about three Palestinians of different generations trying to get to Kuwait to achieve prosperity in the years after the 1948 war.

Abu Qauis, a displaced middle-aged farmer, needs to support his family in the inhumane refugee camps, but concludes that staying is not an option, that he cannot trust the politicians who gather in the name of the Palestinian cause. He should take matters into his own hands and travel east where the money is. Assad is a well-built youth, also a refugee, exiled to Jordon then arrested for “plotting against the state.” He borrows money from a relative and flees. Marwan, the youngest, belongs to a dysfunctional family whose older male members have left him as the only breadwinner, so he drops out of school to fulfill the role.

The three meet in Basra and come across another Palestinian, Abu al-Khazerian, who has become sterile due to an injury sustained fighting the Zionists. On the road to the Iraqi-Kuwaiti border, the three men hide inside Abu al-Khazerian’s truck in the torturous desert heat, while he is held up by Kuwaiti officials who joke about a claimed sexual adventure he had back in Iraq. 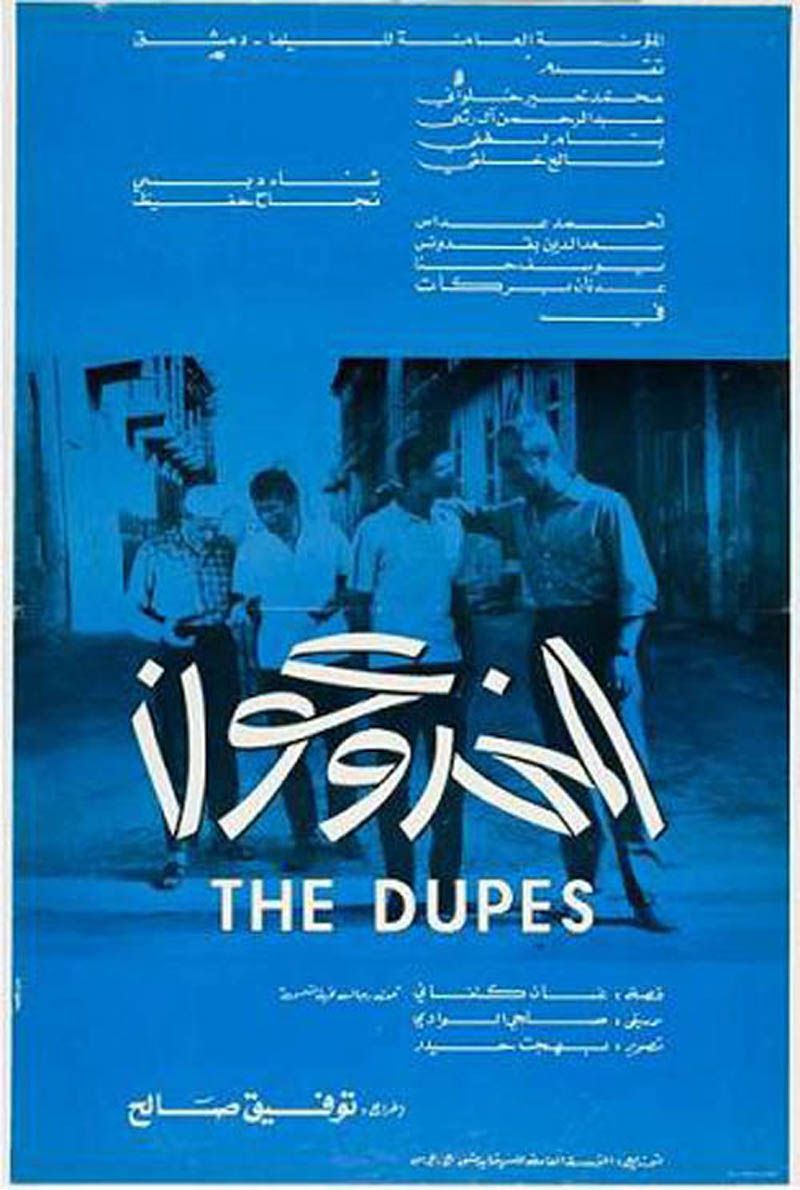 With his striking imagery and visual metaphors, Saleh, like Kanafani, criticizes the three for leaving the Palestinian struggle for money, but also denounces the reactionary Arab states, consumerist Gulf oil countries, sterile diplomacy and the brutal Zionist occupation.

Abu Quais’ simple dream of owning a couple of olive trees and a small house are shown through quick flashbacks to his life before being forced out of Jaffa. The Palestinian crisis is explained through real footage of Arab League debates, while millions suffer in the camps. Symphonic qanun music composed by well-known Iraqi musician Solhi Emad emphasizes the characters’ agonizing depression.

Saleh has been criticized for elongating his films and repeating scenes and dialogue, but he often carefully used repetition to emphasize his ideas, responding to his audience’s reliance on oral tradition. The Dupes, like Al-Sayed al-Bolti, is a good example of this.

The film was banned in Syria. In Egypt it was only screened in Cairo’s foreign cultural centers.

Saleh left for Iraq, where he taught filmmaking and established the cinema studies program in Baghdad’s Arts Academy. He stayed for 11 years and directed his last feature film there, Al-Ayyam al-Tawila (The Long Days, 1970), on Saddam Hussein’s beginnings in the Iraqi Baath Party and the party’s attempt to assassinate Iraqi Prime Minister Abd al-Karim Qasim in 1959.

The film, in which Saddam is played by his real-life son-in-law, is generally considered propaganda. Saleh later said that he was pushed to make it by the Iraqi authorities in harsh circumstances, initially refusing as he had no interest in depicting rulers. Eventually, he fled with his family and returned to Cairo in 1980, where he got a job in the Cinema Institute.

He attempted to work with some producers, but found they would not accept his ideas or style. Seeing the filmmaking scene at that time as very money-oriented, he remained loyal to his ideals for cinema and refused all offers until he died.

He appeared briefly in Iskandriya Kaman w Kaman (Alexandria Again and Again, 1990), by his college friend Youssef Chahine, as part of a protest at the Artists Syndicate, and he helped inspire the 1980s and 1990s realist generation that included Atef al-Tayeb, Mohamed Khan, Khaled Youssef and Khairy Beshara.

Saleh was an artist who was suppressed by the authorities, unpopular among the public, alienating for producers, and discomfiting to the state. 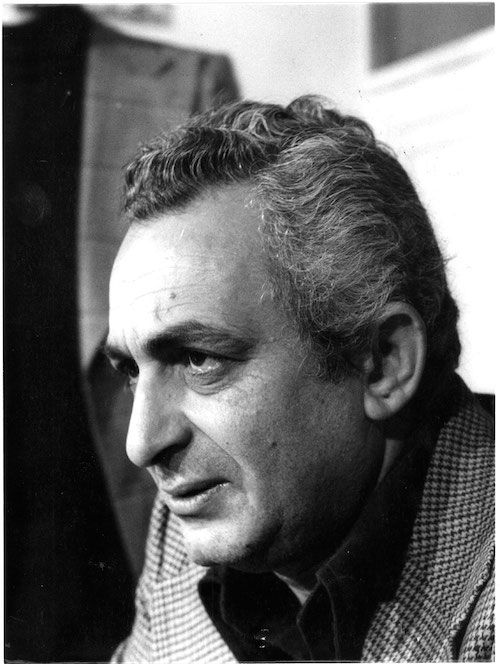 AD
You Might Have Missed
Where do old lesbians go to die?
Mugamma revisited: Reimagining the building and the square
Carbon Colonies & A Green New Deal
What we talk about when we talk about trees
AD
Adham Youssef
9 articles on Mada