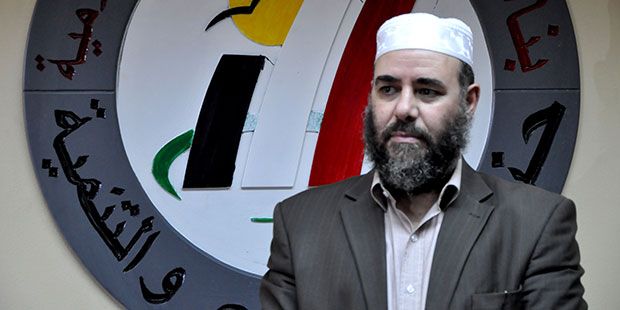 The Political Parties Affairs Committee (PPAC) filed charges against the Construction and Development Party (CDP) on Monday, demanding that it be dissolved immediately, the party’s official Facebook page reported.

Former CDP member Rabei Shalaby filed the complaint against the party, which is an offshoot of the hardline Islamist Jama’a al-Islamiya group. He accused Jama’a al-Islamiya and the CDP of committing acts of violence and terrorism against peaceful dissenters opposing former Islamist President Mohamed Morsi during and after the June 30 mass protests calling for his ouster.

The charges also assert that most leaders of the group and its political party fled to Turkey and Qatar, where they are inciting violence against the Egyptian people and its leadership and plotting terrorist acts aiming to destabilize the country.

Shalaby claimed the CDP represents a continuation of the Jama’a al-Islamiya’s violent anti-state practices in the 1990s. The CDP has taken part in acts that threatened national unity and social peace, and used tactics that incite sectarian violence, his complaint continued.

Jama’a al-Islamiya leaders have been blamed for sectarian attacks on Copts in Upper Egypt following Morsi’s ouster. Party leader Assem Abdel Maguid, currently living in Qatar, was sentenced to death after he was found guilty of killing 10 people and injuring 20 others during clashes in front of Al-Istiqama Mosque in Giza last year. Muslim Brotherhood leaders, including Supreme Guide Mohamed Badie, were convicted in the same case.

The CDP issued a statement dismissing the charges as part of “a campaign by the coup to dissolve all Islamist parties opposing the coup in order to pressure them to change their position.”

In an earlier statement issued by the party, Essam Derbala — member of the Jama’a al-Islamiya’s Shura Council — denied any organizational link between his group and the CDP, explaining that the two entities have completely different organizational bodies. While the party includes some Christian members, Jama’a al-Islamiya remains focused on religious preaching, he said.

Derbala added that the accusations against the party have no legal grounds, adding that the move “does not work in favor of the country, but represents a threat to national security and social wellbeing,” as it closes the door to Islamist parties being able to participate in an inclusive political system, hence threatening democracy.

The State Council’s Administrative Court decided in early August to accept the PPAC’s request to dissolve the Freedom and Justice Party (FJP), the political arm of the Brotherhood. The party’s dissolution came on the heels of the Cabinet’s declaration that the Brotherhood was a terrorist organization in late 2013.

The court ordered both the dissolution of the party and the transfer of all of its assets to the state. The FJP’s website said that the court’s ruling was a continuation of the counter-revolution’s quest to deprive the January 25 uprising of all its gains. The statement added that the decision was a clear manifestation of judicial decisions being influenced by the executive branch of government, and indicates the current regime’s desire to limit the margin of the opposition to a number of farcical parties.