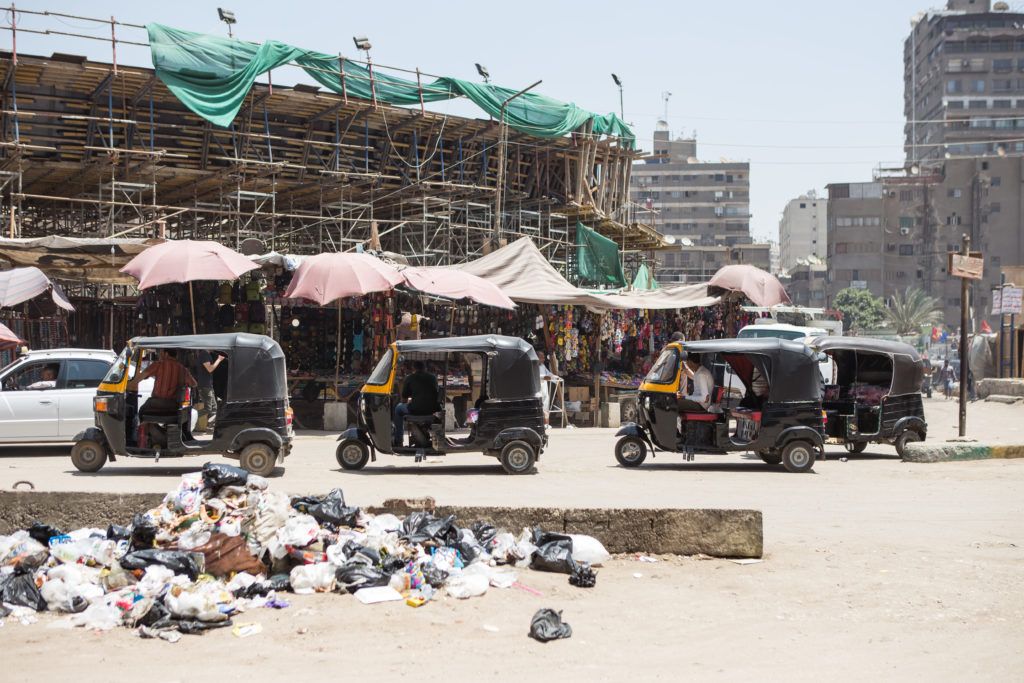 In the meeting, Saeed cited traffic, informal housing settlements and unregulated street vendors as some of Cairo’s most pressing problems.

Sisi reportedly asked Saeed to coordinate with governmental institutions to ease the bureaucratic hurdles to improving quality of life for the average Egyptian, who has “suffered so much and is due to receive his full rights,” the president said.

Saeed offered up some solutions to Cairo’s notorious traffic problem, such as improving the public transport system, developing river transportation and renovating the capital’s main roads and squares.

He also highlighted the problem of informal settlements, which have penetrated 112 areas throughout Cairo and are inhabited by over a million people, according to the governor. Saeed reportedly proposed a plan to develop some of the settlements.

Sisi and Saeed also discussed plans to move all street vendors into designated areas located close to where they currently operate.

Topics
Related
Cairo
Cultural enlightenment for Cairo’s downtown futures
Marie-Jeanne Berger | Ismaelia is a consortium of Egyptian and Saudi investors: Egyptian billionaire Samih Sawiris (with a
clean-up campaign
Downtown street vendors to be relocated
The assistant to the Cairo governor, General Mohamed Ayman, stated on Wednesday that downtown
affordable housing
Egypt’s steep learning curve in national housing projects
Isabel Esterman | A week ago, at least one child was killed when security forces used explosives to demolish apartment
Armed Forces
Sisi campaign pledges to build one million housing units
Over the next five years, one million housing units allocated to the underprivileged will be built at