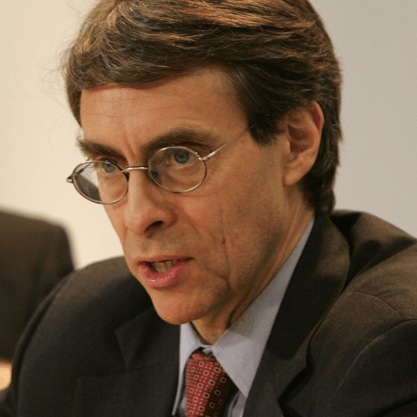 Human Rights Watch officials were denied entry to Egypt on Sunday night as they were coming to present a report documenting the violent dispersal of Muslim Brotherhood sit-ins last year by security forces.

“I hoped to present a report to Egypt’s government on the Rabea [al-Adaweya] massacre of a year ago. It wouldn’t let me in. I’m at Cairo airport,” said Kenneth Roth, the executive director of the New York-based HRW on his Twitter account.

“The Rabea massacre numbers rank with Tiananmen and Andijan but Egypt’s government wouldn’t let me in to present a report on it,” Roth continued.

“It’s official – shortest visit to Cairo ever – 12 hours before deportation for “security reasons” – the new Egypt is certainly ‘transitioning’,” Whitson said on her Twitter account.

“Stand by for the inside story regarding why the new Egypt can’t tolerate HRW assessment,” she continued.

“This is the first time that Egyptian authorities have denied Human Rights Watch staff members entry to the country, including during the Mubarak government,” HRW said in a statement released today.

Both Roth and Whitson were coming to Cairo for a press conference to launch the report on Tuesday at a Cairo hotel. According to Qadi, the presser was canceled while the embargoed report should be released on Tuesday.

Omar Shakir, a fellow with HRW, said on his Twitter account, “Shutting us down cannot erase what happened one year ago and we will release the report on schedule tomorrow.”

The report in question is 188 pages long and is entitled, “All according to plan: The Rabea massacre and mass killings of protesters in Egypt.” The report documents assaults on protesters by police and military forces from the ouster of President Mohamed Morsi on July 3, 2013, until the dispersal of the Muslim Brotherhood sit-ins on August 14, 2013. The report estimates at least 1,117 protestor deaths and calls the killings “likely crimes against humanity.”

“In the August 14 dispersal of the Rabea sit-in, security forces, following a plan that envisioned several thousand deaths and was formulated at the highest levels, killed at least 817 people, making it one of the world’s largest killings of demonstrators in a single day in recent history. One year later, no one has been held to account,” an HRW press release accompanying the invitation for the report launch read.

“We came to Egypt to release a serious report on a serious subject that deserves serious attention from the Egyptian government. Instead of denying the messenger entry to Egypt, the Egyptian authorities should seriously consider our conclusions and recommendations and respond with constructive action,” Roth was quoted as saying in the HRW press release from today.

According to the HRW statement this morning, the organization contacted the Interior Ministry, the Public Prosecutor, the Defense Ministry, the Foreign Affairs Ministry and other state institutions to solicit perspectives about its findings but received no “substantive responses to any of its queries.”

Human Rights Watch has been vocal about the security apparatus’ crackdown on protesters, activists and opposition in Egypt since the military-backed ouster of the Muslim Brotherhood from power last year.

HRW shut down its office in Cairo in February due to deteriorating security reasons and increasing crackdown.

A similarly extensive report about the security crackdown on protesters in the lead-up and during the dispersal of the Muslim Brotherhood sit-ins was released by the Egyptian Initiative for Personal Rights.