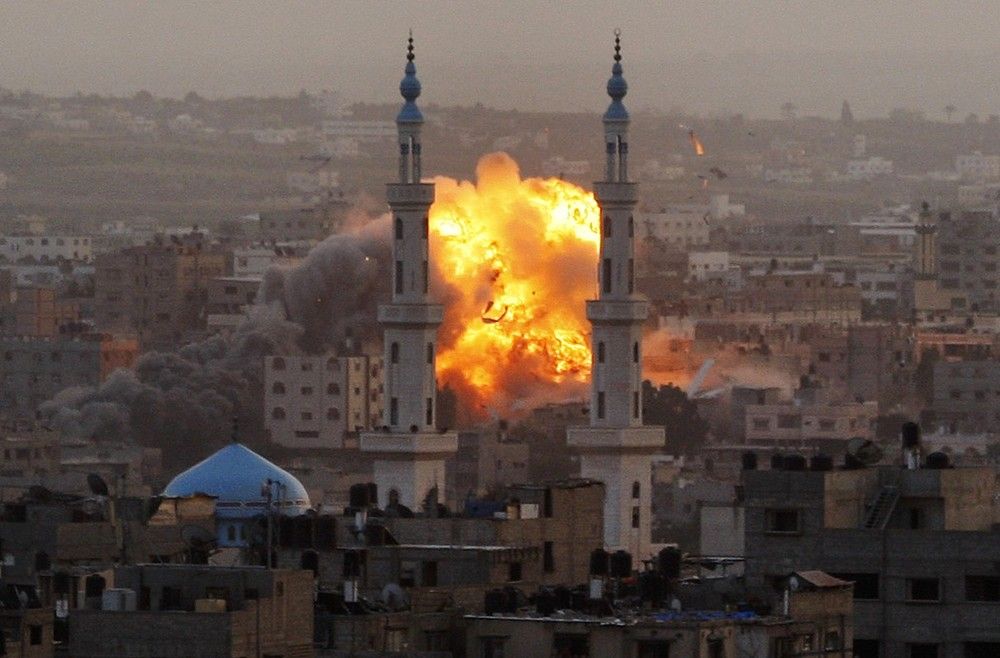 Palestinian and Israeli factions have accepted a new 72-hour cease-fire initiative proposed during negotiations in Cairo with representatives of Palestinian factions, according to news reports.

Egypt has been brokering talks between Palestinian and Israeli representatives to reach a long term halt to the ongoing assault on the Gaza strip, which is entering its second month.

Azzam al-Ahmed, the head of the Palestinian delegation, announced Sunday night that Palestinian factions agreed to the 72-hour cease-fire initiative, saying it will use this time to reach a permanent cease-fire agreement, EgyNews reported.

He also called on Israel to work towards fulfilling the Palestinian side’s demands, including ending the siege and assault on Gaza.

The cease-fire is scheduled to take effect at midnight, according to the Egyptian Foreign Ministry.

Last month, an Egypt-brokered cease-fire proposal failed, with Hamas mainly objecting to the content of the proposal and the way it was communicated to its leaders. Hamas leaders lamented poor communication from Egypt and also said that they wouldn’t agree to a cease-fire without guarantees that the blockade would be lifted on the Gaza Strip. Israel has accepted the proposal in the meantime.

Israeli Prime Minister Benjamin Netanyahu declared during a cabinet meeting earlier on Sunday that Israel would not negotiate under fire. He asserted that the Israeli operation in Gaza would continue until it had achieved its goals.

Ahmed, the head of the Palestinian delegation, had threatened to leave in statements to Al-Arabiya channel on Sunday morning, unless Israeli representatives returned to negotiations. He said they rejected any conditions the Israelis might ask for to return to the negotiation table.

The Israeli offensive has caused over 1900 Palestinian deaths.