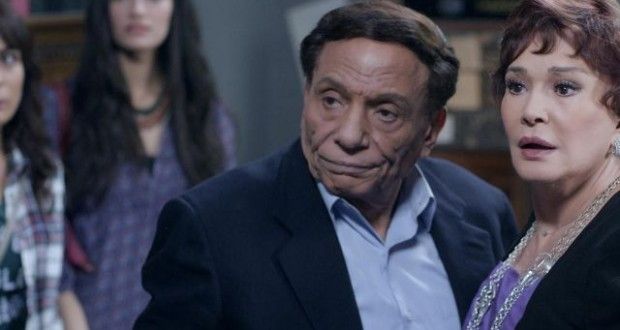 In the 1954 film “Hayah Aw Mot” (Life or Death), directed by Kamal al-Sheikh, we witness a celebration of the fabulous heroism of the police. The security director dispatches half his force to look for a little girl carrying medication to her sick father that may kill him.

By portraying the police as the savior of the people, the film, made two years after the July 23 revolution, reflects the preoccupation the state then had with solidifying the trust between the people and the authorities.

In November 1997, 60 tourists were killed in a terrorist attack in Luxor, the worst incident in a decade tainted by terrorism. In those 10 years, more movies about the Muslim Brotherhood and terrorism were produced than in the entire history of Egyptian cinema.

Most of the famous ones were made by the trio of actor Adel Imam, director Sherif Arafa and playwright Waheed Hamed. “Al-Erhab wal Kabab” (Terrorism and Kebab, 1992) is a light comedy, in which Ahmed (Imam), a middle-class government employee, accidentally besieges an important government facility in the heart of Cairo and gains surprising leverage over the Interior Ministry and indeed the entire government. It was an instant hit and gave way to more daring productions such as “Al-Erhabi” (1994) and “Toyoor al-Zalam” (The Birds of Darkness, 1995), which talk about corruption, capitalism and the rise of the Brotherhood.

There were other scattered attempts that were less coherent and influential, such as “Al-Erhab” (Terrorism, 1989) by Nader Galal and starring Nadia al-Guindy, mainly known for its closing scene that was recently readapted by Abla Fahita, a doll famous for her funny YouTube skits (author unknown) parodying upper-middle class culture (a project that started before the 2011 revolution but after it became political). In the video in question, Omar (Farouk al-Feshawy) screams repeatedly at Guindy “Olili fein al-batarekh?” (Where is the caviar, tell me now?). The parody shows how propaganda has failed to convince newer generations who have been exposed to the story of the role of the police from a different angle (that of Khaled Saeed and police brutality). (Last year Abla Fahita was famously prosecuted for being a terrorist herself, in an unrelated incident).

Less influential terrorism movies were likely also a direct result of that troubled period, such as Saeed Marzouk’s “Al-Enfegar” (The Explosion, 1990) and Abdel Latif Zaki’s “Danger” (Al-Khatar, 1990). These were followed by “Al-Maseer” (1997) and “Al-Akhar” (1999), both written and directed by Youssef Chahine.

In most of those movies, the police officer is portrayed as a kind man who does his duty. Kamal al-Shennawy’s role as the interior minister in “Terrorism and Kebab” is a good example of how the authorities were portrayed; he’s a kind, rather goofy old man, who, when faced with an ordeal, rises to the occasion and finishes his mission perfectly. In “Al-Erhabi,” the role of the police was secondary yet still very positive: while the storyline follows the transformation of a terrorist (Imam) into a compassionate and accepting human being, in the background the police are portrayed as efficient, fast and fair.

Atef al-Tayib’s “Al-Barii” (The Innocent, 1986) was an exception (but was forced to change its ending by the censorship body): the cop (Mahmoud Abdel Aziz) is super evil. The heroic cop (Imam) in “Al-Nom fel Assal” (A Deep Sleep, 1996) — made by the trio mentioned above — is much more typical.

Before statements by human rights organizations and leaked videos of detainees being abused and tortured in police stations made waves on social media over the last few years, it was easy for dramatic productions to portray the police in a positive, calm, almost angelic light. After all, the policeman was the character that would show up at end of almost every action movie to scream at the criminal, “Turn yourself in — the whole place is cordoned off and any resistance on your part is futile!”

(The actor Hussein al-Sherif was in many of these second-rate action movies, manifesting the manufactured idea of the reassuring, heroic, honest policeman). 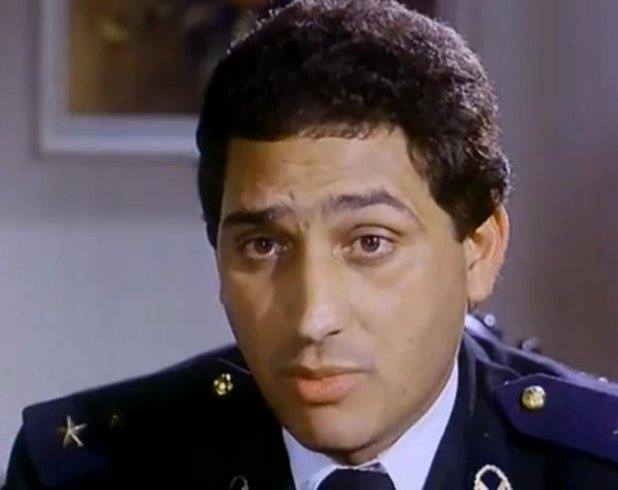 Since 2011, the January 25 uprising has been portrayed, analyzed and recreated in many movies and TV dramas, especially in Ramadan soaps. The 2012 series “Taraf Talet” (Third Party, directed by Mohamed Bakeer) mirrors the events of the revolution through three young men who get involved in many illegal dealings, yet jump to fight injustice as embodied by the “General.”

“Al-Horoub” (starring Karim Abdel Aziz, written by Belal Fadl, and directed by Mohamed Ali), is also about the 2011 revolution. Another TV series made in 2012, it tells the story of a wrongfully imprisoned underprivileged young man who manages to escape jail in the first days of the uprising. In 2012 there was also a dramatic reprocessing of Sonallah Ibrahim’s novel “Zaat,” portraying the events of the January 25 revolution through an analysis of Egypt’s history and political turmoil since the July 23 revolution.

This year’s crop of Ramadan series and soap operas is smaller than last year’s drama overdose and it’s not as diverse. It is characterized by an almost uniform depiction of police officers and security personnel. Indeed, pretty much every TV drama this year depicts the police officer character in a positive light.

“Al-Amaleya Messi” (Operation Messi) is a comedic soap opera directed and produced by Ahmed al-Manawishy, showing on the privately owned CBC satellite channel. It tells the story of a talking monkey who gets recruited by the Egyptian intelligence service to unfold the mystery of an American spy called Jenny.

Sherif (Nabil Eissa) is the clumsy, dim-witted police officer working on the case. He stumbles upon Mosaad, the charmed monkey, and decides to present it as a gift to Jenny, who heads an animal rights organization as a façade to camouflage her true profession. Mosaad, or Messi, is expected to spy on Jenny and report to Sherif. Sherif is thick and a failure, yet kind and funny — a completely harmless human being who causes mischief everywhere he goes but is only worth your pity.

Seif (Mohamed Imam) is a police officer in the TV comedy “Saheb al-Saada” (His Excellency), showing on MBC and directed by Rami Iman. It stars Adel Imam, now 74 years old, as Bahgat Anoul Khair, as well as veteran actress Lebleba. Seif is a rich, handsome and funny young officer who despite being the son of the interior minister is committed to climbing the professional ladder without his father’s help. He’s a well-dressed modern Romeo who falls in love with Poussy (Tara Emad), Bahgat’s daughter. Again, it’s an appealing portrayal: the officer as an endearing person who naively chases his crush and climbs up onto her balcony in the middle of the night.

“Al-Sayyad” (The Hunter), directed by Ahmed Medhat and screened on Al-Haya, tells the story of a blind, retired police officer who avenges the murder of his wife and daughter by killing corrupt fellow officers. Seif was part of a special cell headed by a high-ranking MOI official who would execute illegal operations. His loved ones were killed when he refused to take part in the secret group’s arms smuggling deal. Seif kills, but for the “right” reason. He’s a dark knight. It’s an Egyptianized version of “DareDevil,” “The Punisher,” and “Law Abiding Citizen,” all in one production.

In “Aad Tanazoli” (Countdown), directed by Hussein al-Menbawy, a modest officer (Tarek Lotfy) is in almost direct contact with the terrorist he looking for (Amr Youssef). It’s not dissimilar to the 1995 Michael Mann movie “Heat,” which plays on the emotional relationship between officer and fugitive.

The more realistic “Al-Sabaa Wasaya” (The Seven Commandments) by Khaled Marei is an exception: In it, Ramsi Lehner plays the role of the double-faced, manipulative cop who cooperates with the criminal he’s meant to arrest for personal gain.

Although TV drama has avoided any direct engagement with the events of June 30 last year, it has made it its duty this Ramadan to highlight, explain and glorify the character of the policeman. The January 25 uprising was initiated in large part against the unjust practices of the Interior Ministry, but it seems that June 30 came to restore the image of the police. And this year’s drama, with barely any dissent, confirms that.

*Correction: An earlier version of this article said that Hussein al-Sherif was Ashraf Tolba. This was corrected on July 26.

AD
You Might Have Missed
Mugamma revisited: Reimagining the building and the square
Carbon Colonies & A Green New Deal
Where do old lesbians go to die?
What we talk about when we talk about trees
AD
Amany Ali Shawky
89 articles on Mada

Topics
Related
Al-Ahram
Mostafa Hussein and mentioning the sins of the deceased
Andeel | Mentioning the good deeds of a deceased Mostafa Hussein, Abdallah Kamal or even Salah Jahin is a contribution
Atef al-Tayeb
Egypt’s cinematic gems: ‘Hot Night’
Andeel | The law is everywhere in this movie, being broken.
Adel Imam
Actress says Egypt needs a Hitler figure
In a highly controversial statement, veteran Egyptian actress Soheir al-Babli said that “Egyptians
Ayten Amin
A film that fails to fulfill its potential: Villa 69
Jenifer Evans | “Villa 69,” which is currently playing in cinemas, incorporates a number of familiar faces from the