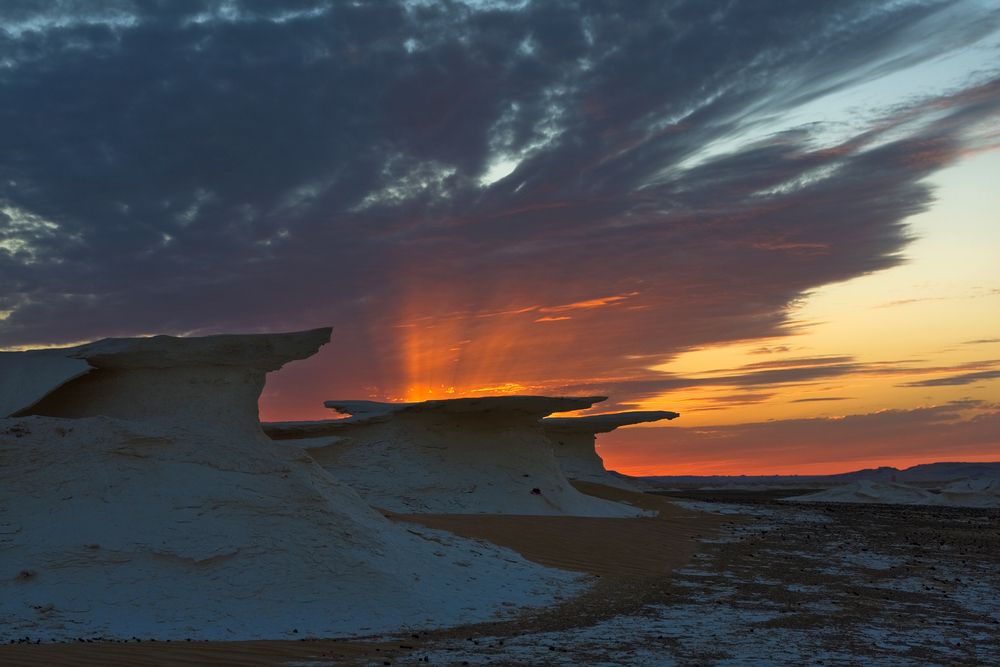 No further information on the identity of the assailants was released.

On Sunday the Armed Forces organized a funeral for the victims, who were killed minutes before iftar (the meal that breaks the fast during Ramadan) at a military checkpoint near the Libyan border and the Farafra oasis.

The attackers attempted to break through the checkpoint using light weaponry but were met with resistance from the troops, according to Samir.

The attackers fled the scene in two of the cars to the surrounding mountains once the support troops arrived. Some weapons, equipment, two cars and the dead body of one of the assailants were left behind.

Photos published on the Armed Forces spokesperson’s Facebook page show the damage at the site of the attack, where buildings at the checkpoint appear to have been incinerated. Other photos show the two vehicles used in the attack, one of them riddled with bullets, as well as light weapons, machine guns, mobile phones, surveillance goggles and a black flag emblazoned with the phrase, “There is no god but God,” in white lettering. The flag is associated with a number of terrorist organizations, including Al-Qaeda and the Islamist State of Iraq and Sham (ISIS).

Sisi apologized to the families of the soldiers, saying, “These terrorist attacks won’t harm the will and determination of the Egyptian people and its Armed Forces to uproot terrorism and extremism.”

The president avowed that he wished he was the one who died in place of the victims.

Responsibility over the attack has not been officially pinned down on one group. However, a Twitter account that has gone by the handles Ansar Beit al-Maqdes and Egypt’s Islamic State of Iraqi and Sham released a number of statements on Monday and Tuesday claiming responsibility in the name of both groups. The account is currently protected and the tweets cannot be seen.