Head of military engineering authority is replaced
By
Mada Masr 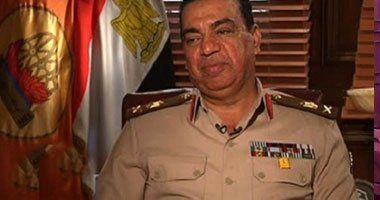 General Taher Abdallah, head of the Armed Forces’ Engineering Authority, was appointed assistant to the defense minister on Sunday, in a move privately owned Al-Masry Al-Youm newspaper attributes to delays in the military’s promised efforts to start a campaign to cure Hepatitis C.

General Emad al-Alfy was appointed in his place as head of the engineering authority.

High ranking generals usually assume assistance positions after retirement, according to Al-Masry Al-Youm, but Abdallah is only 58 years old. This has prompted speculation that his transfer is related to the development of the CC device.

The CCD (Complete Cure Device) was invented by Ibrahim Abdel Aty under the supervision of the Armed Forces’ Engineering Authority. It was expected to be launched on June 30 and introduced into hospitals in early July, but has been delayed by 6 months to a year, according to the military, for further tests.

In a presser on June 28, military officers urged the media to remain silent during the testing phase until the results of the device are officially announced.

Al-Masry Al-Youm stated that the authority’s inability to start the promised cure campaign has put the Armed Forces in an embarrassing situation. The military’s medical care authority is now reportedly supervising the project instead of the engineering authority.

The CCD, which allegedly uses radiation to attack the genetic construction of the Hepatitis C virus, has been critiqued by many in the scientific and medical communities worldwide.

Aty filed a complaint with the general prosecutor last week (July 8) against journalists and politicians for critiquing his device.

Topics
Related
Complete Cure
Inventor of Complete Cure device files complaint against critics
The inventor of the Complete Cure (CC) device, Major General Ibrahim Abdel Aty, filed a complaint with
Complete Cure
CC for complete cure
When Mohamed Ahmed Ali, the military spokesperson, stated on his Facebook page last week that the Armed
Hepatitis C
A cure for Hepatitis C?
Leyla Doss | After being unemployed for three years, 26-year-old Emad Hassan was offered a job at a local bank on