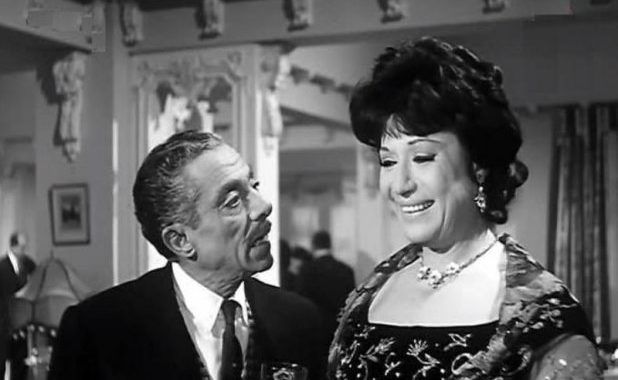 The movie has the the same name as the novel and draws the same dark portrait of a society that’s lost the meaning of morality and operates through vice and hypocrisy.

Masoud Aboul Saad (Mohandes) is a submissive and helpless middle-class government employee who is ill-treated both at work by an abusive superior, Oweiga Beih (Hassan Mostafa), and at home by Elham (Shwikar), his authoritarian and ruthless wife.

“Everyone wants hypocrisy. Life has become very tough,” says the good old man who owns a mysterious shop in the middle of the desert to Masoud.

From this mystical isolated outlet, which is called “Morality for Sale,” Masoud buys a pill for courage that keeps him gutsy for three days. But when this enchanted potion fades, he finds himself in deep trouble.

“My boss wants to fire me, my wife wants to divorce me, and for the first time in my life I was arrested by the police,” he says to the old ethics merchant, begging for a supply of hypocrisy to fix what the absurd fit of courage damaged.

The old man complies and with the help of a tight network of hypocrisy managed by the enchanted protagonist and maintained by Elham and his mistress Sousou (Samiha Ayoub), Massoud swiftly climbs up the social and professional ladder. His life changes. One promotion follows another, and he cunningly orchestrates a mendacious campaign to ran for parliament.

But one day he accidentally takes an unfortunate pill of honesty. 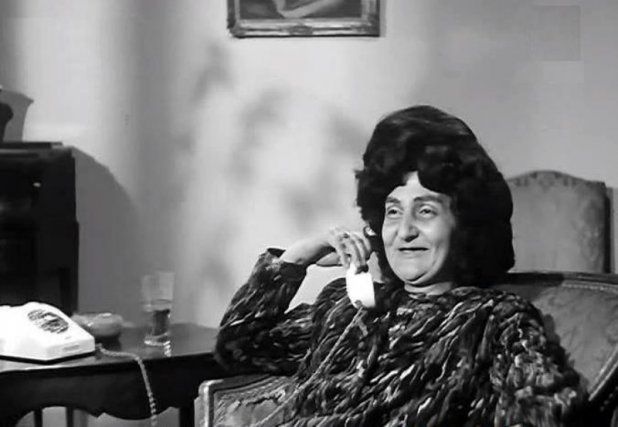 Both the book and the movie coincided with political and social turmoil events that shook the Arab world. Sebai’s novel was published in 1949, the year after the establishment of Israel (the Nakba), when more than half a million Palestinians were forced to flee their homes and join refugee camps. The movie was released in 1968, the year after the Naksa, the six-day war that ended with Israel’s invasion of Sinai, the Gaza Strip and the West Bank. The land of hypocrisy is the Arab world, a passive being that preferred hypocrisy over courage, with its Arab League that was full of talk and no action.

The mid-1960s were tumultuous for Egypt. The society was still transforming from a bourgeois monarchy to a socialist community that ostensibly benefited the underprivileged but deeply favored those supporting the Free Officers, the figureheads of the 1952 revolution, who became more and more powerful with time. Sebai gives a brilliant picture of a society that is good and pious on the surface but rotten and dysfunctional on the inside.

The movie tackles another vice that still plagues our society: bloated bureaucracy and corruption. Those on top assume power by abusing their positions and subordinates with the aid of endless mysterious red tape. Oweiga Beih, Massoud’s boss, gives him a file full of paperwork that consumes almost 400 hours of work around a lock that was not installed when the company’s offices were renovated. The 400-hour file is probably a cover-up for state money that Oweiga embezzled through an ineffectual search for the lost lock that only cost 44 piasters. 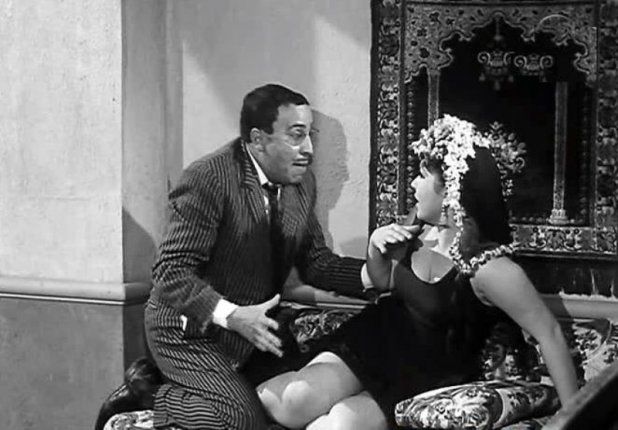 Director Fateen Abdel Wahab’s comedic approach does not strip Sebai’s piece from its crafty denunciation. On the contrary, it gives the sharp fable a pleasant shiny coat.

Mohandes’ talent accentuates this. His physique, his posture and his sad gaze project the submissive, shifty human of the film’s start. After the hypocrisy potion, Masoud is transformed: he stands upright and the passive look is replaced by a dishonest grin and lying eyes. His new strength is invested in a web of hypocrisy. He’s happy and evil. After the accidental honesty pill, in a fit of anger Masoud attacks all his invitees at a party; he calls everyone by their true names: hypocritical, promiscuous and dishonest. He stands high and looks down on his friends with hatred and disgust.

Fateen Abdel Wahab (1913-1972) was a prolific director who mastered the depiction – and castigation – of social norms through his comedies. He directed most of Ismail Yassin’s movies in the 1950s. Al-Anesa Hanafi (Miss Hanafi, 1954) is about a controlling and heartless man called Hanafi, who on the eve of his wedding undergoes a sex change operation only to start suffering from all the social misconceptions against women that he previously had. In the 1960s Abdel Wahab started tackling issues such as women’s work. Al-Zogah Talatashar (Wife Number 13, 1963) is a comedy that skewers polygamy and misogyny, and Merati Modeer Am (My Wife is a Manager, 1966) relates the dilemma of woman who’s her husband’s boss.

In 1973 Sebai was appointed culture minister by late President Anwar al-Sadat. He remained in the position until his assassination in 1978, apparently by a Palestinian who probably thought his support of Sadat’s peace treaty with Israel a little hypocritical.

In the film’s last scene, Masoud stands in front of the closed morality shop in the desert reading a sign that says “closed due to lack of morals.”

Land of Hypocrisy is a gem for its brilliant, still relevant political message. 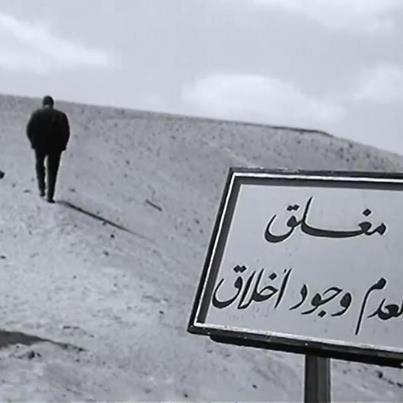 AD
You Might Have Missed
Where do old lesbians go to die?
Carbon Colonies & A Green New Deal
Mugamma revisited: Reimagining the building and the square
What we talk about when we talk about trees
AD
Amany Ali Shawky
89 articles on Mada