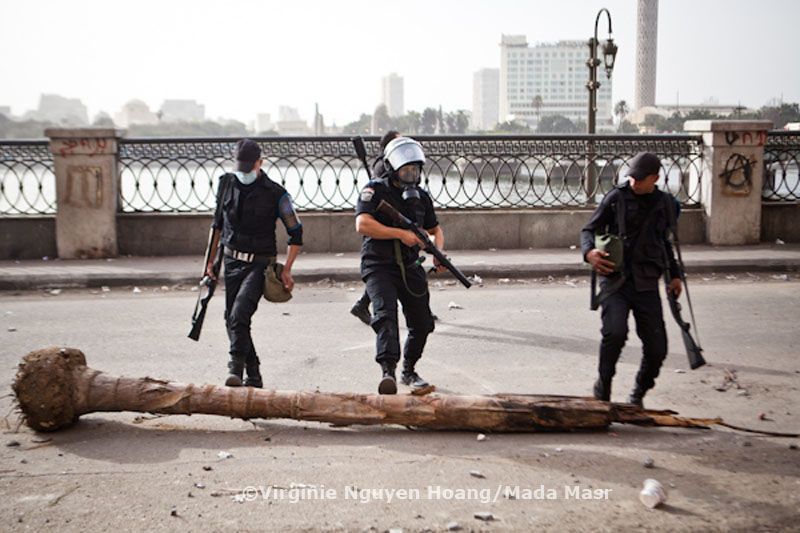 Protests on the anniversary of former President Mohamed Morsi’s fall from power resumed on Friday, as the Anti-Coup Alliance called for nationwide demonstrations on what they called “The Friday of Anger.”

The Health Ministry said that two people were killed during Thursday’s clashes between protesters and security forces. The Muslim Brotherhood London Press Office, however, put this figure at three.

In its statement, the Brotherhood condemned “in the strongest possible terms the use of unjustified violence by the coup authorities to oppress the peaceful march of the Egyptians.”

Domiatwindow.net, a Brotherhood-affiiliated site, posted an undated photograph of a Central Security Forces officer drinking water as evidence that Christians “have been selected to confront revolutionaries in the streets.”

Other news outlets reported that on Friday, pro-Morsi marches were broken up in several places in Cairo as well as in the Delta governorate of Beheira.

Clashes between security forces and protesters were reported in the Giza areas of Omraneya, Sudan Street and Haram.