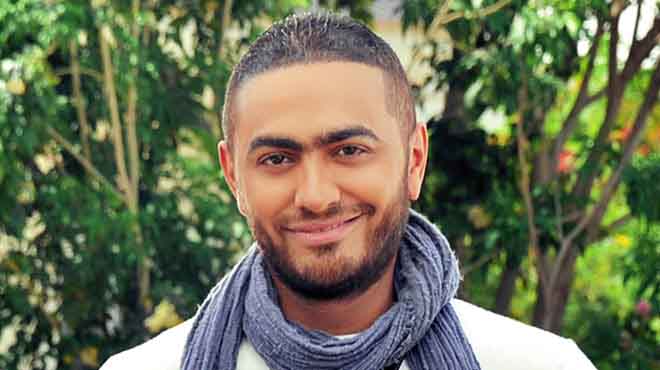 In Egypt, pop music is dominated by uber-macho yet metrosexual men, like muscly, botoxed Amr Diab and shiny Tamer Hosny with his well-groomed eyebrows, and by women battling toward purely synthetic appearances, like Haifa Wahbe and Sherine Abdel Wahab. It’s a dynamic that mirrors pop elsewhere in the world.

In pop videos there’s a particular aesthetic that involves a cheap filter, over-embellished outfits and make-up, and an “I-need-a-man” plotline. And the woman is often left pleading or weeping in slow motion as her lover walks or drives off into the distance.

Sexist pop music transcends all borders and cultures. Like other Arab stars, since the rise of satellite channels in the early 1990s, Egyptian pop singers have become embedded in “western” formats and production patterns. And in the resulting videos, a loud sexism is acted out.

Lately, female singers are just as likely to perpetuate sexism as their male counterparts. Songs talking about how miserable it is to be a woman, how all they want in life is for their man to be good to them like in the old black-and-white days.

Oum Kalthoum, who died in 1975, was debatably Egypt’s first major female pop star. Though much longer-format than today’s pop music, which keeps to the global video-clip form, and characterized by vocal improvisation, her music was commercial and disseminated on a mass scale. She still has pop star status. But her lyrics, though sometimes romantic, were never about submission.

Soad Hosny (1943-2001) made specific efforts to express gender equality through songs. Her television show “Howa we Heya” (Him and Her, 1985), which was written by Salah Jaheen, had social themes and tried to be feminist. Every episode was something different. In one, Hosny is teaching a girls’ class and they all sing:

Can I say how lucky we are,
all of us,
because we are girls?
Girls are kindhearted,
they care about serving their country as much as the boys do.
The girl is like a boy,
she’s not just a number.

Simone (born in 1966), who came on to the scene in the late 1980s, clearly had an feminist agenda in her music but never managed to get as much success as her more conformist colleagues. In “Mish Nazra w Ibtsama,” (It’s Not Just a Smile and a Look), made in the early 2000s, she sings:

In the video for another song, “Fear Me” (made around 2008), Simone beats up guys who are being douchebags to women.

One of the biggest Egyptian female pop stars today is Sherine. In Sherine’s breakout video, “Ah Ya Leil” (2002), she has polo shirts, boyish hair, leather jackets and an air of individuality. “Why do you think you’re the most important thing in the world?” she sings.

But fast forward, and now Sherine’s making “Ana kolly Milkak” (I’m All Yours, 2014), a creepy montage in which she plays a white piano on the beach, in a wedding gown, and ad-like scenes of young matrimony run as a happily-ever love song pours painfully out of her bloated lips.

Ruby’s “Enta Aref Leih” (2003) is another type. In different scenic shots throughout Prague, Ruby belly dances in exotic outfits — the video unabashedly appeals to both Orientalism and sexual repression. And there is worse. Arguably, Ruby and her video producer Sherif Sabri are in a league of their own.

But recently, new things are being camouflaged into the idea of love. Beyond the familiar pop song formula of “we love each other so we hurt each other,” are songs that are exclusively about pain and deprivation. In the early 2000s, Tamer Hosny, Hamaky and Ramy Sabry started singing songs about power disguised as songs about love: A guy telling a woman she has to do what he says.

The obvious Tamer Hosny example is “Si Said” with US star Snoop Dog (2013). The video clip has a little story — Tamer’s wife is angry that he’s going out with his friend Snoop instead of getting sushi with her as agreed. So he locks her in a glass room and gives her a lecture about the difference between men and women. It’s a very traditional “eastern” concept — it’s supposed to be something positive, just the way things work: men should get respect. The song tries to make this a modern concept by using shades and flashy clothes. The wife bangs on the windows while Tamer swims with Snoop and scantily-clad dancing ladies below. Snoop bobs around while intermittently rapping something along the lines of “only one man can wear the pants.”

It gets more interesting when female singers step in. In the beginning of Jannat’s song “Estahmelny” (Be Patient With Me, 2014), there’s a phone call with her boyfriend who’s saying, “I’m sorry my love, there’s no one in my heart but you now.” She says, “I have to wait until your prior experiences don’t matter to me anymore.” Maybe she’s being sarcastic, but it doesn’t sound like it. The point of the song is her asking him to be patient that she’s upset — I’m sorry for being upset that you’re cheating on me.

“Whada Tanya Khalas” (A Completely Different Person, 2013) by Donia Samira Ghanem has 6 million views. Supposedly it’s revolutionary because she only published it on the Internet — some hailed a new wave of independent music. And she’s also an actress, so everyone was very excited about her being a singer.

I’m scared when he leaves me for one second […]
I just wear whatever he likes,
And don’t say no to anything he wants,
And I see everything he sees.
Instructions, I take them literally,
He took over my life,
I’m not talking to any other boys
And he’s even choosing my friends.
What do I do, he doesn’t like most of them?
With him its like I’m still in first grade,
funny thing is I’m happy like that.
And with him, I’m always calm and shy,
despite the fact in real life I’m not.

These lyrics celebrate oppressing women and try to give oppression a positive image by portraying it as a characteristic of Egyptian or Arab society. Songs like these provide a cultural argument for primitive patriarchal behaviors in a self-conscious society that feels like things aren’t working in comparison to other societies where things are working.

There’s always been sexism in traditional working class (shaabi) music, but unlike pop videos targeting listeners with middle-class social and financial aspirations, shaabi music does not cover its sexism with local political correctness. It is not a deliberate attack on feminism.

In mahraganat music, sexism is present in many recent songs, like Oka and Ortega’s “Al-Wisada al-Khalya.” But some musicians have also gone to lengths to combat this — for example Sadat’s song against sexual harassment, “Aakis ah, Atharrash la” (Flirting Yes, Harassment No, 2012). This only has 127,000 views, really low for these guys, and has very straightforward lyrics about the necessity of leaving the girls alone.

The issue here is not the presence of sexism in shaabi culture, but rather the increasing contribution of women to sexism in middle-class culture. In seeking to make hits, female singers started making songs speaking in the language an insecure man wants to hear from his partner.

The virtual reality of these videos and their female pop stars make a case of how life ought to be. In his 2010 article “Ruby and the Checkered Heart,” the late scholar Abdel-Wahab Elmessiri criticized the video clip in general: “Video clips […] provide the public with a role model, promoting a particular lifestyle that, in turn, typifies a worldview, one whose starting point is individual pleasure at any price […] The viewer is implicitly encouraged to pursue individual pleasures through increased consumption, the unabashed pursuit of narrow self-interest through purchase.”

Funnily enough, this idea is just such an example of the confusing role globalized video clips play. Like the weak, sad women in today’s video clips, the sexy nature of such clips made Elmessiri nostalgic for a false, black-and-white, traditional Egyptian past in which women were women and men were men.

AD
You Might Have Missed
Where do old lesbians go to die?
If they steal Sheikh Jarrah
Mugamma revisited: Reimagining the building and the square
Carbon Colonies & A Green New Deal
AD
Andeel  @_andeel_
280 articles on Mada
Maha ElNabawi
89 articles on Mada

Topics
Related
2014 presidential elections
Songs for voting to
Andeel | Exploring the murky world of Egypt's propagandist pop music.
100Copies
Band of the week: Islam Chipsy
Maha ElNabawi | Islam Chipsy is the star. If you’ve ever seen him in action, it’s not hard to understand why.
cinema
‘Factory Girl’: A sweet painful unsatisfying triumph
Jenifer Evans | Mohamed Khan's Factory Girl deals with the brutal class system. But his first post-revolutionary movie
Ahmed Fouad Negm
From nationalism to resistance and back again
Sarah Carr | If there is one song that in years to come will immediately conjure up the heady days of June 30, 2013