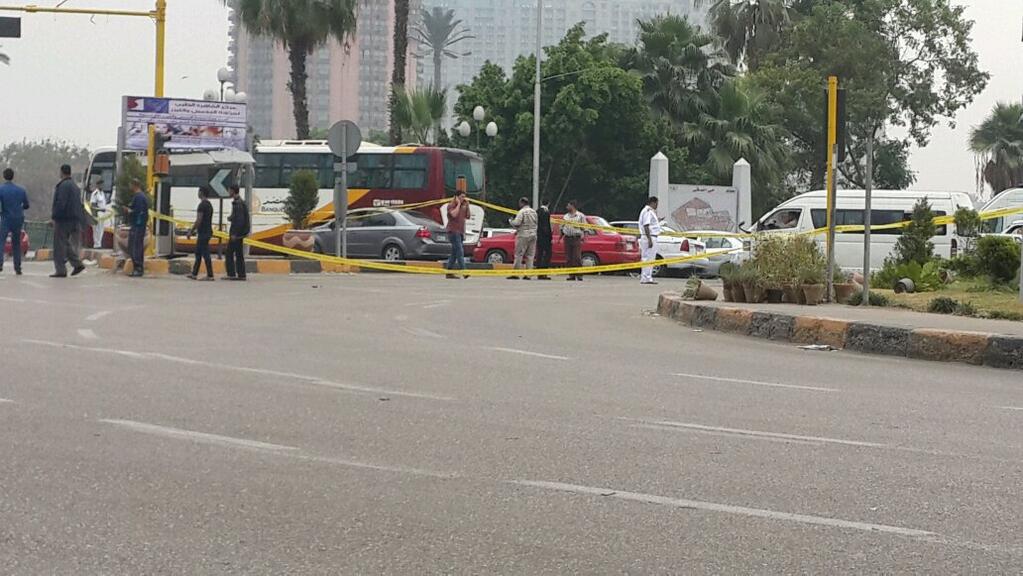 The source added that footage obtained from the palace’s surveillance cameras and nearby shops showed four assailants planting the devices between Fajr prayers and 6 am in the garden at the intersection of Ahram and Merghany Streets.

Despite popular anger over security forces’ handling of the incident and the reported desire of President Abdel Fattah al-Sisi to fire Interior Minister Mohamed Ibrahim for negligence, the two met on Tuesday at the palace. They were joined by a number of the minister’s assistants for internal affairs, national security and general security to discuss developments in the country.

Official spokesperson for the Presidency Ihab Badawi said that an agreement was reached during the meeting to implement a strategy to address security challenges, in order to raise awareness among security personnel of the dangers of the profession and train them to use new devices and technology for investigations and collecting evidence.

Sisi reportedly told the minister to take all measures to secure the safety of officers on duty, lift their spirits and direct them to treat citizens well.

“He also instructed security forces to abide by human rights and consider humanitarian aspects when dealing with citizens,” Badawi added.

Major General Abdel Fattah Osman, the interior minister’s assistant for information and relations, said the minister referred the incident in the vicinity of Ettehadiya to the Inspection and Supervision Department of the ministry, the state-owned Middle East News Agency reported late on Monday.

The Inspection Department was tasked with investigating the bombing, starting with a statement by the Ajnad Misr group threatening explosions in the area, in order to evaluate and establish deficiencies in the handling of the incident by security forces.

Early on Monday morning, on the first anniversary of the June 30 protests that ousted former President Mohamed Morsi, three consecutive explosions near the Ettehadiya Presidential Palace claimed the lives of a police colonel from the Cairo Security Directorate as he tried to defuse an explosive device, as well as another officer present in the cordoned-off area.

Activists accused security forces of negligence leading to the deaths of the two officers and the injury of 13 others.

The statement added that at the time, a number of people dressed in civilian clothing were present. “We couldn’t confirm whether they belonged to criminal [security] forces or not, so the operation was aborted,” it said.

The group claimed that 10 hours later, one of the devices was discovered and defused in secret to avoid media attention. However, they added, “After more than a week, we noticed that most of the devices had not been discovered, and we couldn’t remove them due to security reasons. Despite the fact that the devices were made to avoid injuring civilian passers-by, we ask civilians to avoid the area, as the devices are close to the main road.”

In a red bold font, the statement specified the location of the undiscovered explosive devices. “There are two explosive devices in the small garden at the corner of the palace at the entrance of Ahram street through Marghany street,” it said.

The ministry’s recent statement said that it “deals with all intelligence and information affecting the security of the country and citizens seriously and without negligence.”

Osman added that the ministry responded to Ajnad Misr’s alleged statement on Friday by searching the area surrounding the palace and installing bomb detection devices, which resulted in the discovery of the bombs on Monday morning.

Footage of the incident shows a number of uniformed and plain-clothed individuals closely surrounding a police officer attempting to defuse the bomb in clear violation of safety measures. The officer also doesn’t appear to be wearing any form of protective clothing, as is normal for such procedures.

“The ministry is on high alert to secure the celebrations of the anniversary of June 30, July 3 and until Eid al-Fitr,” Osman added.

Topics
Related
bombings
2 police officers killed in explosions near Presidential Palace
Two police officers were killed in two consecutive explosions that took place near the Ettehadiya Presidential
6th of October city
Update: Explosion in 6 October kills 2
An explosion by unknown assailants at a telephone exchange building under construction on the outskirts
6th of October city
1 killed, 6 injured in series of explosions
A fourth homemade bomb exploded in the Ezbet al-Nakhl metro station on Wednesday at noon, following