Minya court sentences over 100 defendants to death
By
Mada Masr 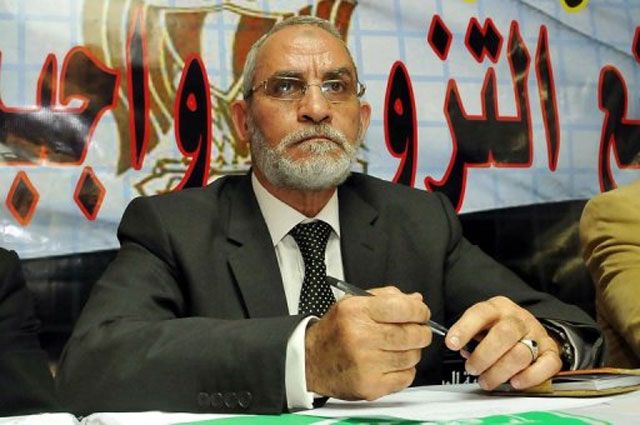 The Minya Criminal Court sentenced over 180 defendants to death on charges of committing violence against police and civilians in the Upper Egyptian city of Minya in the aftermath of the ouster of former President and Muslim Brotherhood leader Mohamed Morsi.

Several local sources gave different numbers for the death sentences, due to a lack of clarity in the court ruling. However, all reports indicate that no less than 180 defendants were sentenced to death.

Mohamed Badie, the supreme guide of the Muslim Brotherhood, is among those convicted.

Today’s verdict follows an earlier ruling where 683 defendants in the case were sentenced to death, stirring widespread criticism from international human rights watchdogs for the unprecedented scope of the verdict.

The ruling followed another mass death sentence handed down to 529 people, reportedly Muslim Brotherhood supporters, by the same court on charges of inciting and practicing violence. In April, the court upheld the death sentences for 37 defendants.

Amnesty International commented on the mass death sentences by saying that this is the largest number of simultaneous death sentences handed out in recent years worldwide. The organization called the ruling “injustice writ large,” and stated that the verdict should be overturned.

Human rights watchdogs and Brotherhood supporters linked the harsh rulings to the widespread crackdown on the Muslim Brotherhood in the aftermath of Morsi’s ouster.

The court had referred an earlier ruling, in which 683 defendants had been sentenced to death, to the grand mufti, the religious authority tasked with reviewing death sentences handed by courts.

In today’s case, the prosecutor had accused the defendants of inciting violence, raiding the police station of the Adwa area in Minya, killing a policeman, stealing arms and ammunition, setting fire to state premises and using violence against employees.

The violence followed the dispersal of the Brotherhood sit-ins in Cairo demanding the reinstatement of Morsi, which led to the death of over 1,000 people.

Meanwhile, another four defendants were sentenced to life in prison, while over 400 defendants in the case were cleared of all charges, according to local media reports.

This will be second death sentence handed down to Badie, who was first sentenced to death on Thursday, for the death of 10 people in Cairo in the aftermath of the Rabea and Nahda sit-in dispersals. Badie was imprisoned in 1965 for nine years under late President Gamal Abdel Nasser, alongside Sayid Qutb, one of the leaders and main intellectual references of the Muslim Brotherhood. He went to prison again for 75 days in 1998 during the Hosni Mubarak era, then again for three years in 1999, and for another three months in 2008.

According to the privately-owned Al-Masry Al-Youm, security sources said that the execution committee in the Prisons Authority has carried out three death sentences this week in Cairo and Alexandria. The three sentences were handed to defendants accused in two different cases, one of murder and the other of both murder and sexual assault.