I have lived in Cairo for 12 years and always wanted to visit Palestine. But I was daunted by the logistics, by stories of interrogations at Ben Gurion Airport, computers confiscated, names and addresses of friends demanded.

I finally went thanks to the Palestine Festival of Literature, which took place from May 31 to June 5. The festival was established in 2008 by Egyptian novelist Ahdaf Soueif to celebrate Palestinian culture and to connect it to writing from around the world. Some of the participants this year were Canadian authors Michael Ondaatje and Linda Spalding, Nigerian-American writer Teju Cole, and American poets Ed Pavlic and Sapphire. The festival also featured the work of British-Egyptian playwright and poet Sabrina Mahfouz, and of Palestinian poets Najwan Darwish, Nathalie Handel and writer Susan Abulhawa. 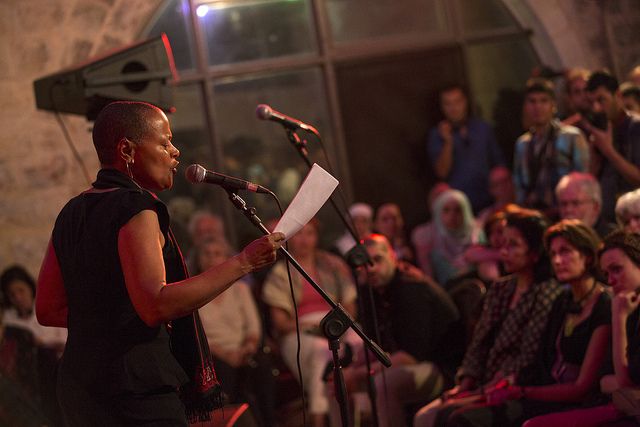 The PalFest group flew to Amman and entered the West Bank through the Allenby Bridge crossing, the only entrance for Palestinians themselves. All we suffered was some perfunctory questioning and a very long wait — five hours — before finally being let through. Of course it made things much easier that all the participants, including the Palestinian ones, were traveling on foreign passports. The following day we also traveled through the Qalandiya checkpoint, which sits astride the “separation barrier” and separates Ramallah from Jerusalem. With its barred metal chutes, topped with barbed wire, it reeks of mass misery.

One of the reasons I wanted to visit is that I knew that I could only understand the web of spatial, legal and historical barriers that Palestinians must navigate daily by moving through them myself (albeit much more freely). Because many Palestinians can’t leave Palestine, the festival comes to them. And because they can’t move freely between their own cities, it goes to its audiences. For a week, we checked into a different hotel every night, traveling in a loop through Ramallah, Jerusalem, Bethlehem, Haifa and Akka, Nablus and back to Ramallah — a busload of sympathetic, overwhelmed writers.

Every year, PalFest faces questions regarding its unwillingness to include Israeli participants, and every year it gives more or less the same answer: When the occupation is over, when Palestinian refugees have the right of return, and when those living in Israel aren’t discriminated against. The assumption behind the question is that holding some sort of joint event, in which Palestinians and Israelis stand side by side, is the neutral, apolitical, high-minded choice, whereas making Palestine the focus is to inject an unhealthy agenda into cultural events. But the idea that culture can be insulated from its political context here is a delusion. If anything, claiming to ignore politics is a deeply political choice.

Even as a visitor, one is forced to take sides. At the Allenby Crossing, there are different lines for Palestinians and “visitors.” Customs officials are on the lookout for signs of one’s sympathies. They say “Palestine” and “inshaallah,” and gauge one’s reaction. Knowing Arabic — knowing Arabs — is considered suspicious. (Even more so having an Arab last name). The customs official I spoke to briefly frowned when I told him I was coming from Cairo. I’ve never visited a country before where one’s sympathies are put to a litmus test like this upon entry. And, once inside, the choices continue: Take the Jewish or the Muslim entrance to the holy site? Take the settler road or the one open to Palestinians? Believe what the volunteer with the local NGO is telling you about the history of the town, or believe the Israeli government posters, which give a completely different account?

The land that Israelis and Palestinians live on is small; to keep them divided requires a spectacular level of segregation. In Hebron, we visited the Ibrahimi Mosque, where in 1994 a settler infamously shot 29 Palestinian worshippers. The site of the patriarch Abraham’s tomb is now divided into a mosque and a synagogue; Muslims and Jews look at the same tomb from separate barred windows, a bullet-proof shield between them. We walked down the deserted main thoroughfare of the city, which has been off-bounds to Palestinians, the doors welded shut on its hundreds of shops, since the Second Intifada. This is to protect a community of 400 or so ultra-Orthodox settlers. In addition, there are 121 barriers blocking and channeling Palestinian movement through the city, according to the Hebron Rehabilitation Committee. As a Czech activist who works with the committee explained, “The only way to fully segregate is to expel one population.” 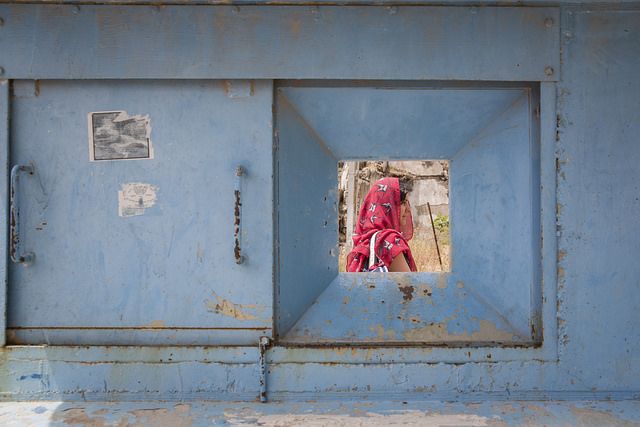 Across the West Bank, two physical realities exist, and one is constructed to bypass and render invisible the other. “Palestinians built their villages to embrace the hills,” writes Raja Shehadeh in his powerful, melancholy book “Palestinian Walks: Forays into a Vanishing Landscape.” “This policy gave them protection from strong winds and severe weather conditions. The Israelis, with an eye on security and military advantage, took the hilltops. This is why the settlements stand out. One can tell, by looking at the hills, a Jewish settlement from a Palestinian village. The houses in the hastily constructed settlements are like a honeycomb, with the buildings marshaled next to one another in a rigid plan, while the unplanned Palestinian villages have developed slowly over a long period of time and blend organically into the land.” We went for a walk with Shehadeh in the hills outside Ramallah, scrambling up terraced plots of olive trees. The author and legal activist has spent most of his life litigating and documenting the way settlements, the roads that connect them, and the constant, gradual Israeli encroachment on Palestinian land (using legalistic, archaeological, environmental and security justifications) has fractured and defaced a Biblical landscape, and made the possibility of a Palestinian state recede into the unimaginable distance.

Palestinians are also divided in myriad ways from each other. There are those who live abroad and who come with trepidation, never knowing if they will be allowed in. (One of the poets in our group is from Bethlehem but can only return on a foreign passport and a tourist visa). Gaza is of course sundered from the West Bank and completely isolated, even though a new unity government — a rapprochement between the Palestinian Authority and Hamas — has just been announced.

In Birzeit, singer and translator Tanya Nasir welcomed us into her family home (where Birzeit University was founded and housed for many years). Checkpoints and closures have strangled cultural life in the Occupied Territories, she told us — even when things are calm people hesitate to risk the unpredictable humiliations and headaches of a short trip. “If you want to play it safe, you stay at home,” said Nasir. Many young Palestinians have barely ever left their home towns; many have never seen Jerusalem (only Palestinians with a particular residency permit can enter the city). Nasir said architecture students at Birzeit University learn about their built heritage — situated just a few kilometers away — through slides. 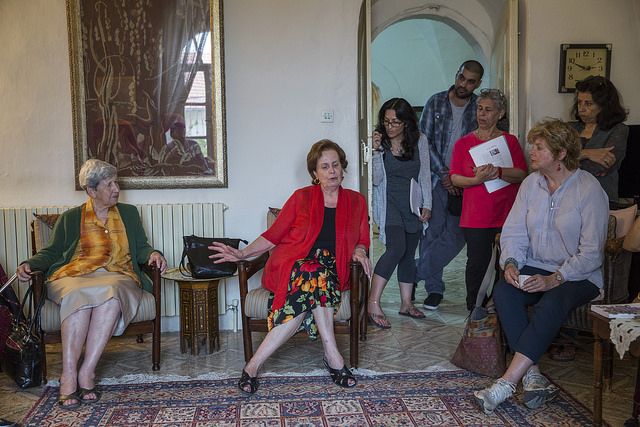 When we visited Bethlehem University, its vice-president thanked us for coming and helping to break “the siege within a siege” under which Palestinians live. “This is huge for us,” a professor said. “We don’t get a lot of visits.”

The majority of the Palestinian population of the coastal city of Haifa, within the Green Line, fled in a panicked exodus in 1948, and was never allowed to return. Those who stayed behind — part of the 12 percent of Palestinians who became citizens of Israel — live doubly isolated. At the Square Theatre in Haifa, the 86-year-old Palestinian poet and educator Hanna Abul Hanna welcomed the visiting foreign writers as “new roses now growing in the Palestinian garden.” He asked them to “tell the world our tragedy” and to “think of publishing our literature into English and other languages so our voice might reach the world.”

And Palestine remains cut off from its Arab neighbors. Only Jordan and Egypt have made an official peace with Israel, but their citizens continue to boycott the Jewish state, as part of a decades-long anti-normalization campaign. This act of solidarity with the Palestinian people has the unintended consequence of cementing their isolation.

Today, the Boycott, Divestment and Sanctions movement has had considerable international success in pressuring pension funds, universities, entertainers and businesses into not having institutional ties with Israel, staging events there, or being involved in the business of the Occupation. They have done this with support from anti-Zionist Israeli groups such as Boycott from Within, and from activists (including Jewish ones) around the world. The goal, BDS movement leader Omar Barghouti explained when we had coffee with him in Akka, is “co-resistance” rather than “co-existence.”

When Soueif first went to Palestine, in 2000, to write about it for The Guardian, she was attacked by some here — but many others came to her defense. She consulted widely with Palestinian cultural figures before organizing PalFest. Edward Said, a close friend, encouraged her. When Soueif called to ask the opinion of late director of the Arab Culture Association in Haifa, Rawdah Attallah, she simply said: “Welcome. We’ve been waiting for you.” 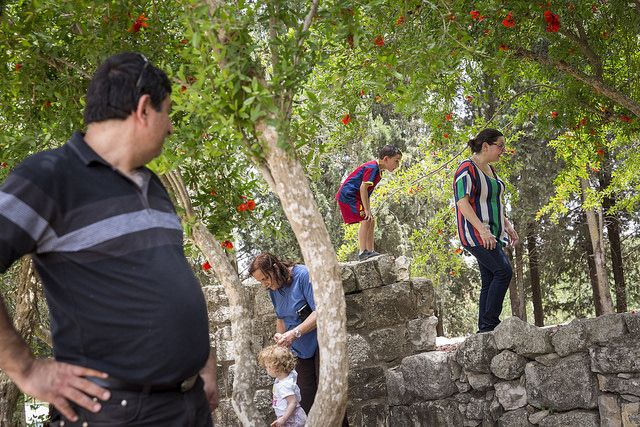 For Arab citizens, adhering to anti-normalization is the only available, peaceful expression of their opposition to Israel and their indignation over the practices of the Occupation. But the stance has hardened into a knee-jerk orthodoxy, sometimes cynically deployed. The Palestinians’ isolation also serves Israel’s purposes, and those of the security services of authoritarian Arab regimes, who are always on the alert to stop regional and international grassroots solidarity activism.

It’s quite understandable why Egyptians won’t go to the Israeli Embassy in Cairo, to face a humiliating questioning and possibly a rejection, and then the harassment of their own security services, and of people in the media and the intelligentsia who might launch smear campaigns against them. And yet it is hard for me to reconcile how traveling to Ramallah on a foreign passport can be an act of solidarity — a way to witness and connect — but traveling there on an Arab passport can only be an act of betrayal.

“It feels strange to move around a country as a visitor with more freedom than the locals,” the Dutch writer Janne Teller told an audience in Ramallah. “It feels shameful.” I also feel it’s a shame that my Egyptian friends can’t see how beautiful Palestine is  — despite it all — and how welcoming and resilient its people are.

AD
You Might Have Missed
What we talk about when we talk about trees
Where do old lesbians go to die?
Carbon Colonies & A Green New Deal
Mugamma revisited: Reimagining the building and the square
AD
Ursula Lindsey
8 articles on Mada

Topics
Related
architecture
What will things look like after revolution and return?
Jenifer Evans | Jenifer Evans on a fascinating discussion at London's Tate Modern about Decolonizing Architecture Art
American University in Cairo
Out of Egypt
Sharif S Elmusa | I have written “Out of Egypt” as a mark of the end of my many years in Egypt, teaching at the American
Israel
A special Valentine for Palestine
Celebrating Valentine’s Day in style, Palestinians launched a campaign dubbed “Segregated
Egypt-Palestine relations
Death at sea: The via dolorosa of Palestinian refugees
Céline Lebrun | In the past few days, the dozens of bodies swallowed up by the Mediterranean Sea have drawn the international