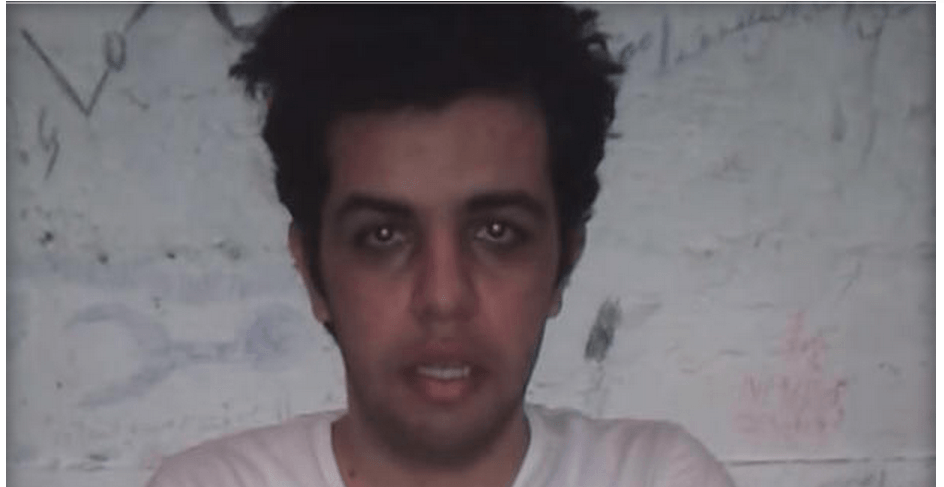 Shamy’s detention has been repeatedly extended even though he has not been referred to court since he was arrested last August while covering the violent dispersal of a Muslim Brotherhood protest camp in Cairo’s Rabea al-Adaweya Square.

The news reporter, who works for the Qatar-based Al Jazeera television network, has been on a hunger strike since January 21 and has since lost more than a third of his body weight. During a previous court session in Cairo’s Tora prison complex, Shamy told reporters that after being moved to solitary confinement he had been force fed by prison authorities.

Human rights organizations Amnesty International and Human Rights Watch have called on Egyptian authorities to “immediately” and “unconditionally” release Shamy, who has been held without charge or trial.

Shamy was placed in solitary confinement last month in Cairo’s notorious maximum-security Al-Aqrab prison and has been denied medical care.

Laila Soueif, a professor and opposition figure, and rights activist Aida Seif al-Dawla declared a hunger strike on May 25 in solidarity with Shamy and Mohamed Soltan, who was also arrested following the violence in Rabea.

Soltan, a 26-year-old Egyptian American, was detained last August after using his phone and Twitter account to document Egypt’s violent crackdown on the Rabea protest camp, in which he participated.

He recorded an emotional video message that was recently smuggled out of the Cairo prison in which he is being held, and published on the New York Times website. In it, he appeals to US President Barack Obama for help.

Soltan had to be wheeled into the courtroom last month after more than 100 days of hunger striking.

The president-appointed June 30 Fact-Finding Committee said in a press conference Thursday that committee members visited Shamy and Soltan as part of their mission to investigate the conditions of prisoners arrested in the violent events following the mass protests that toppled former Islamist President Mohamed Morsi.

Committee spokesperson Amr Marwan said it faced internal and international pressures to visit the two prisoners, according to Al-Shorouk newspaper.

Soltan’s health has stabilized since he was sent to the prison hospital, Marwan said, adding that food and drinks were found in Shamy’s prison cell and he had signed an official paper saying he ended his hunger strike.

Shamy’s family released a statement late Wednesday contradicting much of the committee’s findings, saying that they have been finally allowed to see their son for the first time in 16 days.

Late May, an unofficial Facebook page released photos of Shamy allegedly eating. The page denied that he was on a hunger strike at the first place.

But the family said in the statement that the hunger-striking journalist denied any knowledge of these photos, confirming that he has not yet ended his strike.

Shamy told his family that prison administrators have closed the window in his solitary confinement cell, and it was the only source of light. He also alleged that he was permitted to have a walk outside his cell only two days ago, and was kept away from other prisoners and escorted by a police officer.

Shamy also denied allegations by the prison administration that he was transferred to the prison hospital, saying that a forensic delegation examined him inside his cell on request by the public prosecution.

His family demanded an end to his solitary confinement, saying it poses a danger to his health.