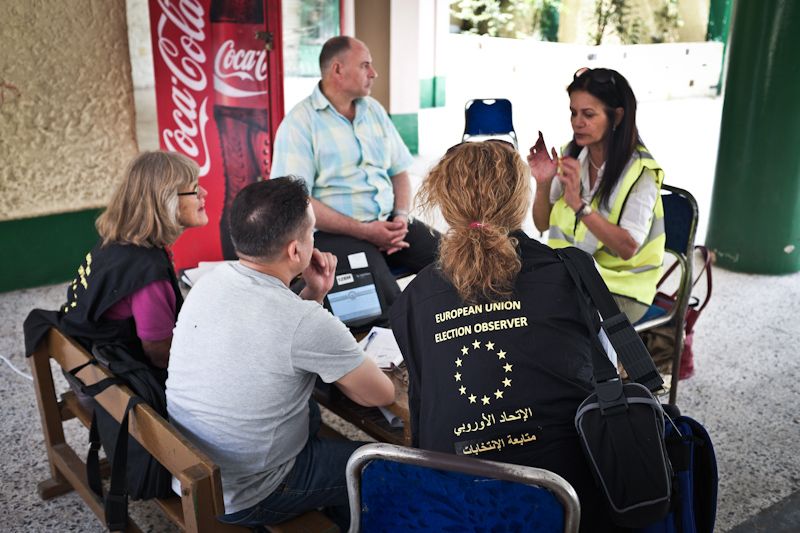 The European Union Election Observation Mission released a statement on Tuesday defending their earlier report on Egypt’s 2014 presidential elections and describing their role as a “fact-based and independent assessment of the entire electoral process.”

The Chief Observer of the European Union Election Observation Mission (EU EOM) to Egypt, Mario David, explained that, “An EU EOM is independent from any EU member state, EU institution or other entity — domestic or international.”

He further emphazised that the mission was invited to conduct a comprehensive analysis of the electoral process, and as such, released its findings for the general public to consider.

“Citizens are entitled to their own opinions. We respect these opinions and take note of them without commenting further. Any comment from our side would turn us into supervisors and we would lose our status as observers,” he added.

The mission based its initial analysis on “an established methodology for observing elections,” which has been implemented in over 120 election observation missions worldwide.

Assessment criteria for electoral processes include: The legal framework and its implementation, performance of the election’s administration and other state institutions, the overall environment of the election — including respect for fundamental freedoms, civil and political rights, performance of the media, campaign activities of candidates and political parties and the role of civil society — as well as election day overseeing of voting, counting and tabulation of votes, and possible election related complaints and appeals.

According to David, observers do not interfere in any way in the electoral process, including not offering advice or assistance during the process.

“The EU EOM does not legitimize the electoral process, nor does it validate the election results. EU election observers are bound by a code of conduct that ensures their neutrality and impartiality,” the statement added.

On Saturday, the head of the National Council for Women, Mervat al-Talawy, accused two members of the EU EOM of overstepping their boundaries during a conference held by the Council. Talawy accused the mission of interfering in Egypt’s internal affairs, and said their preliminary report reflected animosity towards Egypt and denied the will of the Egyptian people.

Talawy’s harsh response to the report concluded with the statement: “Please tell the EU: ‘If you continue to be an enemy of Egypt, you are losers, we are the winners. You are out of the Middle East.’” This prompted the two representatives of the EU mission attending the conference to leave the room amid applause, and cheers of “Long live Egypt” and “God is great” from the audience.

The mission’s preliminary report was released on May 29 and titled, “Presidential election administered in line with the law, in an environment falling short of constitutional principles.” It described the electoral process as peaceful, calm and generally well conducted. However, it said the decision to extend voting for a third day caused unnecessary uncertainty.

“Although the new Constitution sets out a wide-ranging catalogue of fundamental rights, the respect for these rights falls short of these constitutional principles. Freedoms of association, assembly and expression are areas of concern. The Presidential Election Law does not provide for independent oversight on administrative decisions of the PEC. The drafting of the new law on parliamentary elections could provide an adequate opportunity to address these concerns,” it read.

Other concerns that led the process to “fall short of full compliance with applicable international standards for democratic elections,” included the lack of protection of the right to vote and the right to stand for all citizens, and the general climate of limited freedom of expression — which reportedly resulted in the self-censorship of the media.

“The imprisonment of Al Jazeera journalists and the detention of others without charge contributed to the fear of a perceived decline in freedom of the media amongst journalists,” it added.