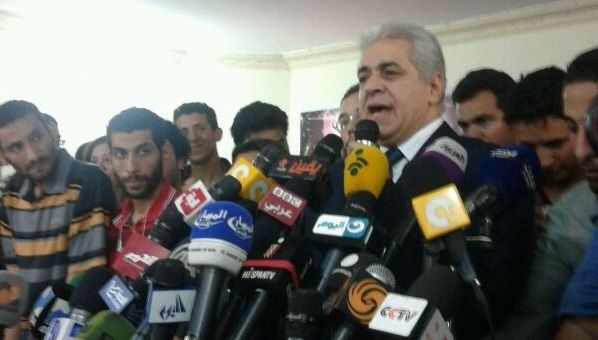 The PEC said the defeated candidate’s appeals do not have substantial grounds.

Inspections of polling stations that Sabbahi appealed against have dismissed his complaints, Al-Ahram said.

In a press conference on Thursday, Sabbahi said that he did not trust the voter turnout numbers circulated by state authorities. The PEC had said that the turnout reached 47.3 percent.

“I say to the people whom I respect: We discredit these numbers, we will not give credibility to the declared turnout numbers. These numbers are an insult to Egyptians’ intelligence,” he said.

The PEC’s surprise decision on Tuesday night to keep the polls open for a third day on Wednesday, mostly due to low turnout, provoked doubts as to the credibility of the electoral process.

Sabbahi said that the campaign withdrew its observers on the third day for fear of their safety, but stayed in the election for fear of the country’s safety.