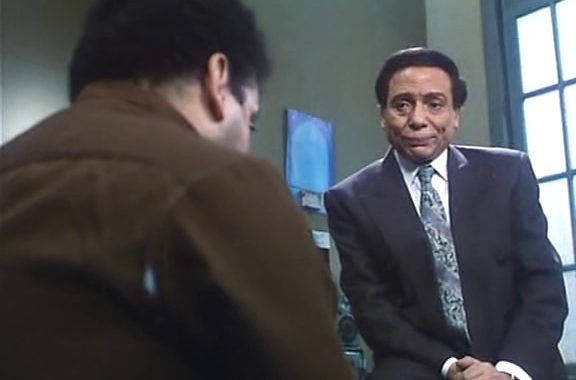 Sherif Arafa, Waheed Hamed and Adel Imam — director, writer and actor respectively — were the three musketeers of 1990s Egypt. It was a turbulent era in which corruption took its toll on society and terrorism found a fertile environment.

In 1991 they presented Al-Leib maa al-Kobar (Playing with the Big Ones), about the struggle between corrupt capitalists and Islamists. In 1992, they hit again with Al Erhab wal Kabab (Terrorism and Kebab), a comedy about middle-class struggle under a trembling government and a society terrified by terrorism. The box-office success continued with Al-Mansi (The Forgotten, 1993), followed by Al-Nom fel Assal (A Deep Sleep, 1996), tackling corruption, ignorance and frustration.

A Deep Sleep details a strange epidemic of impotency among the men of Cairo and Giza. It all starts off with a wedding, a belly dancer, joyful invitees and a bride and groom heading to their hotel room on their first day as a couple. The jolliness is sadly interrupted when the young groom’s “performance” is proven mediocre.

Then we meet Colonel Magdi Nour (Imam), waking up to two unusual crimes in a normal day at work as head of the investigations bureau: The suicide of a newlywed, and a plumber who has decapitated his wife in a fit of anger. Soon, hundreds of quarreling couples gather at the station to file reports. In a melodramatic scene, Imam stands between the fighting parties, screaming, “I know what happened, the men failed!”

An investigation starts with the help of Salma Asfour, a young reporter played by the blonde beauty of 1990s cinema, Sherine Seif al-Nasr. The events intensify when Nour returns home from a hectic day to discover that he is suffering from the same affliction. Black comedy reigns as Nour takes on the responsibility of conducting a field investigation. He visits a madam who tells him, “This is a time for talk, not action,” a spice dealer who sells a “magical” healing blend of peanuts and ginger, and a juggler who plays on people’s ignorance by selling them medicinal chicken feathers at LE20 a pop. Clinics fill up with frantic patients and drug sales rise by 200 percent. 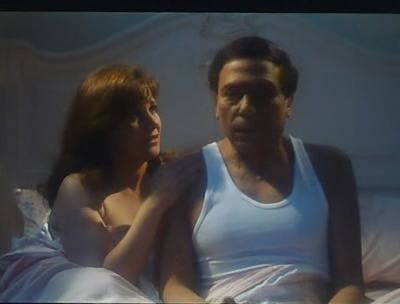 Sexual impotence is a topic that has rarely been tackled in Egyptian cinema — or any other —  due to its sensitivity. In 1985, Inas al-Degheidy made her first feature, Afwan ayuha al-Qanun (Pardon, Law), in which a professor played by Naglaa Fathy marries a sexually impotent man. After a long struggle to recover, her husband regains his “manhood” and starts a number of affairs. In 2002, Mohamed Abou Seif touched on the topic with Al-Naama wal Taous (The Ostrich and the Peacock), about a couple on the verge of separation due to problems with intimacy and impotence. In both those movies, the topic was used to highlight other issues such as the lack of women’s rights, harmful social norms and immorality.

In A Deep Sleep, the issue is used more symbolically for the frustration of society at large.

As the epidemic spreads, the issue is brought up in parliament. The health minister is called in for questioning but denies the existence of the whole matter; Nour is asked to resign and the crisis worsens.

Arafa’s comedy is dark. It creeps up on you and raises awkward questions. You laugh, but it’s a different kind of laughter, one followed by a daunting silence that transports you to a murky present shadowed by weak governments, corrupt officials, rising Islamists and a people submerged in poverty, ignorance and injustice.

The parliamentary discussion is refuted by 130 MPs who see the topic as inappropriate. Nour leads a massive protest to the Parliament, chanting only one word, “Ahh” (ouch), a simple act of deliverance for those who had suffered and were not allowed to express pain. It’s a powerful scene in which Nour stands by the people against the government.

Imam and Omar Khairat — a musician and prolific maker of soundtracks — have been a powerful duo since the mid 1980s when Imam asked the latter to compose the music for movie Khali Balak men Aaqlak (Don’t Lose Your Mind, 1985), which starred Imam and 1980s starlet Sherihan. This was followed by a number of collaborations in which Khairat left his distinctive touch on Emam’s movies. Although Arafa normally used Moudy al-Emam, for his Adel Imam movies Khairat was usually brought in instead, for reasons, I believe, that had to do with the box office. Khairat’s appealing melodies, syrupy orchestral pieces built around oriental scales, seduced audiences.

In the 1990s people still went to movie theaters and an Imam movie was a heavily anticipated treat. The comedian had a wide fan base, mostly from the middle class, and whatever message the movie contained, it got through to a lot of people. What’s appealing in A Deep Sleep is the lack of the nasty, chauvinistic clichés that characterize Imam’s default mode. Luckily there is no gratuitous kissing and spanking in it, mostly because Nour is a “good” cop who is temporarily impotent. But he does come across conscripts beating up a defendant on more than one occasion and barely raises an eyebrow, and at one point, when questioning the widowed bride, he sneaks a look at her rear. It’s a typical sickening Imam move that doesn’t fit with Nour’s character — but fortunately it’s as far as this sort of conduct goes here.

Many believe that these three musketeers were double agents used by the government to give them legitimacy by allowing a small arena for dissent and particularly for discrediting Islamists. (Khairat also went on to compose operettas for Hosni Mubarak.) That is likely true, but their movies were hits then and still make sense now, tackling issues we continue to experience, which makes them feel somehow timeless.

And what makes A Deep Sleep a gem, apart from the entertainment factor and nice cinematography, is the wittiness with which these important issues are addressed, and the blunt way in which it exposes the government’s impotence and the ignorance of people stifled by crippling social norms. 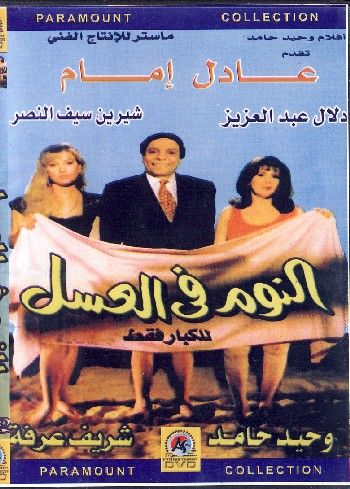 AD
You Might Have Missed
If they steal Sheikh Jarrah
Where do old lesbians go to die?
Mugamma revisited: Reimagining the building and the square
Carbon Colonies & A Green New Deal
AD
Amany Ali Shawky
89 articles on Mada