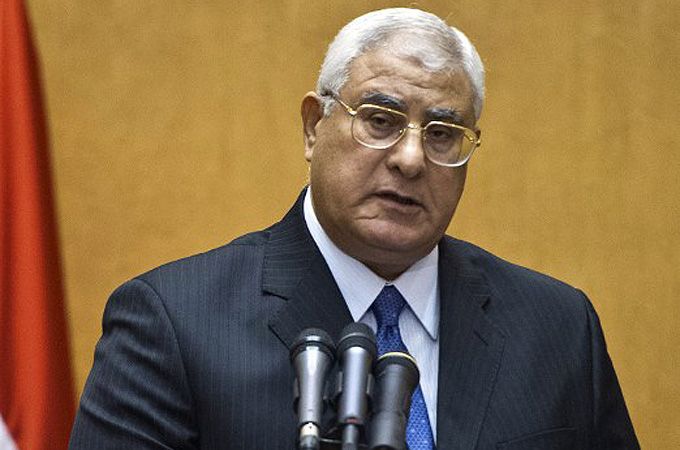 Sheltered by the flurry of news devoted to an extended presidential election, the interim government quietly passed a number of critical decisions just days before a new president is due to be sworn in, and with him a new government.

Mansour annulled six of Morsi’s decrees, which had pardoned 52 detainees. Among those pardoned defendants, four had been sentenced to death, but will now have their sentences commuted to life in prison. The amount of time between Morsi’s pardon and Mansour’s annulment will be deducted from the total sentence.

Exactly one week ago, the Cabinet approved Mansour’s proposal to annul some of Morsi’s pardons in the interests of protecting national security, according to a statement posted on the Cabinet’s official Facebook page.

According to the Cabinet’s statement, investigations showed that some of those who received pardons throughout Morsi’s rule posed a threat to society, and returned to their criminal activities after their release.

Morsi had pardoned 572 prisoners in June 2012, including 25 former jihadists and members of the hardline conservative Jama’a al-Islamiya group, provoking a social uproar and accusations that the Islamist president had released terrorists back into society. The following October, Morsi issued another blanket pardon for a significant number of felony and misdemeanor convictions.

The media often holds Morsi responsible for the recent wave of terrorist attacks, arguing that the violent incidents were carried out by terrorists that he had released from prison.

But an investigation conducted by Mada Masr last February showed that while Morsi did issue pardons for some high-profile militants implicated in terrorism cases, in fact, the vast majority of the pardons of jihadis and Islamists were granted under the rule of the Supreme Council of the Armed Forces from February to October, 2011.

Topics
Related
Jama'a al-Islamiya
Cabinet annuls Morsi pardons
The Cabinet approved interim President Adly Mansour’s proposal to annul some of the pardons issued
Interior Ministry
Who let the jihadis out?
Hossam Bahgat | Towards the end of November, Minister of Interior Mohamed Ibrahim held a press conference “to expose
January 25 2014
Mansour issues pardons on occasion of Jan 25
Interim President Adly Mansour issued a decree on Sunday pardoning some of those serving sentences on