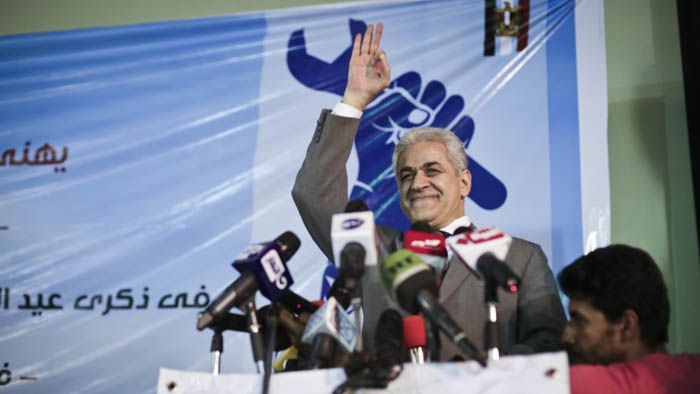 The official campaign of presidential candidate Hamdeen Sabbahi announced on Tuesday night that it would withdraw its observers from polling stations on the third day of elections, after the Presidential Election Commission decided to extend voting by an extra day.

The campaign announced on its official social media accounts that its observers will not be present at polling stations on Wednesday, holding the PEC responsible for maintaining the integrity of the voting process on the last day.

Both campaigns submitted formal objections to the PEC decision to extend voting, which were overruled.

Sabbahi campaign representatives said in television appearances on Monday night that the campaign has limited resources and cannot afford to send observers to cover polling stations nationwide with only a few hours notice.

A statement issued Monday night by the campaign also reported several violations against its observers in the last two days, and that the lack of response to formal reports of violations has led them to believe that the electoral process is “void of democratic meaning and lacks the minimum guarantees for Egyptians to express their opinion and will.”

The campaign said that the lack of safety for its members is another reason for the decision to withdraw from polls.

The campaign reports that its members have been both prohibited from entering and forcefully expelled from polling stations across the country, and have also been assaulted and arrested. It adds that cases of forgery have been reported in a number of governorates.

Despite questioning the democratic value of the electoral process, Sabbahi explains in the statement that his decision to continue in the race comes down to a responsibility to finish what he started, and that he will carry on attempting “carve a democratic path to attain Egyptians’ right for democracy, despite the oppressive regime.”