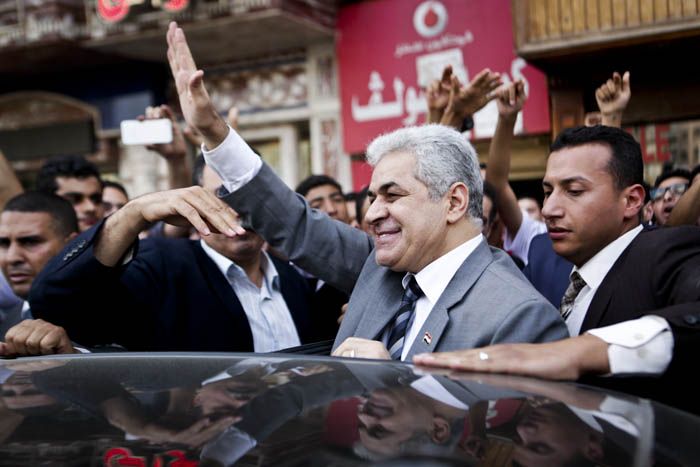 Lobna Moneib, secretary of the political relations committee for Sabbahi’s campaign told Mada Masr that rumors surrounding Sabbahi’s withdrawal from the elections are not true.

Moneib added that Sabbahi is currently in meetings with members of his campaign, as well as supporting parties and partners to decide on his next move, which she affirmed doesn’t include withdrawing from the race.

When asked to comment on the High Elections Commission’s decision to ignore both candidates’ rejections of their move to extend the voting process for another day, Moneib said, “This is not the first time the Commission ignores our complaints, the electoral irregularities that we’ve reported so far are a much bigger concern for us. Our fear is that the extension period will be used to practice even more violations.”

In a statement to the High Elections Commission earlier on Tuesday evening, Sabbahi’s campaign said they believe there are no valid reasons for the commission’s decision, other than an attempt to interfere in the numbers of voters, “especially in light of the obvious increase in the size of electoral irregularities, the constant banning of our representatives from performing their jobs, as well as arresting some of them, which has largely affected our ability to monitor the electoral process and verify its integrity.”