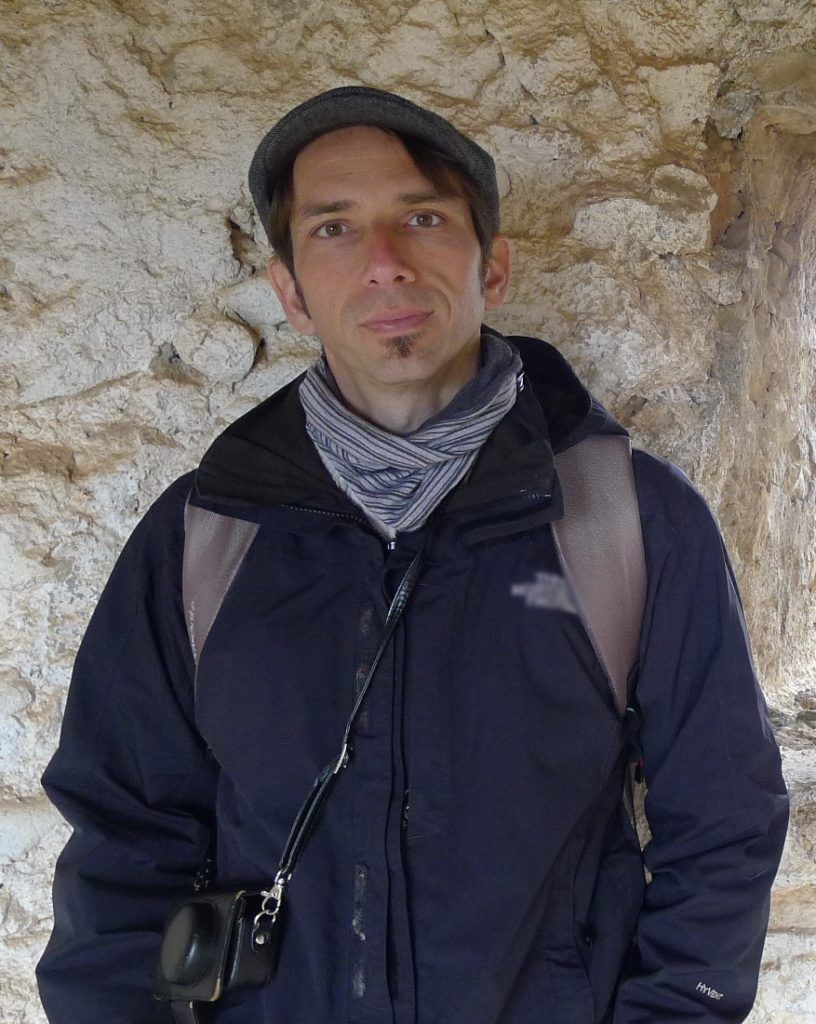 The area of Gamaleyya in Old Cairo was especially elated on the first day of the presidential election, and that’s to be expected — it’s the hometown of favored presidential candidate Abdel Fattah al-Sisi.

This fact was played up during Sisi’s first television campaign ad, as a sign of his ability to feel the suffering of the poor and alleviate it.

But despite the festive atmosphere and popular celebrations in the area, polling stations were almost empty until the early afternoon. A moderate to low voter turnout is being reported elsewhere around the country.

On the streets of Gamaleyya, Sisi’s pictures were everywhere. They were inside shops and even right outside polling stations, in violation of the law stipulating that all campaigning stop two days before polls open. Small children were roaming around the streets distributing Sisi flyers. 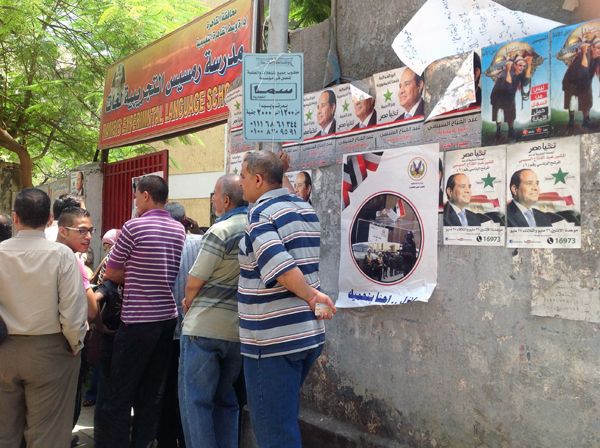 Right next to Sisi posters celebrating “the son of Gamaleyya” becoming president, Interior Ministry posters encouraging people to participate in the two-day vote were plastered on the walls.

“Participate, we are protecting you,” the posters read.

Hamada Metwaly set up a DJ booth outside his shop in one of Gamaleyya’s narrow alleys and played a comprehensive selection of songs made directly or indirectly for Sisi in recent months.

Young men and women passing by stopped to dance, some wearing Sisi pendants, others with Sisi posters attached to their shirts. A police officer walking by receives a standing ovation along with a special salute.

After ululating and singing into the microphone in celebration, 61-year-old shop owner Rateeba Abbas explains her choice.

“Sisi wants to serve Egypt and he grew up in Gamaleyya, a popular area. He knows the people, he ate foul and sat on a tableya,” she says, referring to the popular breakfast and low-set table used in popular areas. “He didn’t make grand promises, he said that we all have to work hand in hand.” 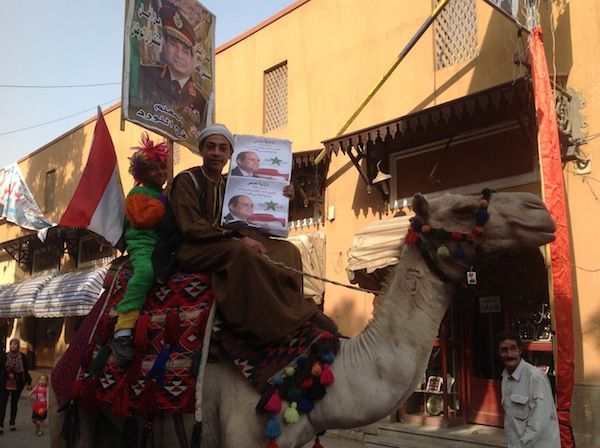 Many seemed to be responding to Sisi’s rhetoric in the few interviews he gave before the election, that progress will take a long time and depends on the work of the people, not the leader alone.

“He didn’t promise us a flat and LE10,000 as others have. How can they promise that when the country is in debt? We put up with 30 years of suffering. We can tolerate three or four more years, because we love him,” says Gamal Mahmoud, a worker.

Metwaly says he will tolerate a few years before any results can be seen, as Sisi suggested, in order for his kids to have a better future.

“Sisi will be able to lift the country up. He has experience, and he is pious and he prays. There is a saying that when God loves someone he makes people love him, and everyone loves Sisi,” he says.

Standing in line to vote, people argue about Sisi’s presence in the area. Some say that he and his family left a long time ago, others insist that his cousin still owns a shop there. Proud as they are of Sisi’s origins, no one seems to know which house he grew up in. 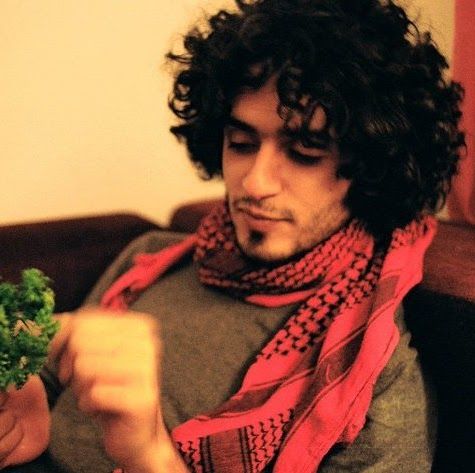 Sisi proudly spoke of growing up in the area during his first television interview after announcing his intention to run and resigning from the military.

“We have to help him with hard work,” says shop owner Hesham Hassan, repeating Sisi’s rhetoric, which seems to resonate deeply with Gamaleyya’s residents. “The Egyptian people are naturally lazy, but if we work we will become the best country in the world. Sisi is a tool God sent us to take us out of this funk.”

Laila Ali, 60, walks around dancing in the street after casting her vote for Sisi.

“Everything will be good, because he’s a respectable, strong and humble man and we love him,” she says. “It’s enough that he got us out of the crisis we were in and couldn’t find the end of.”