Water resources per capita drop 60% since 1970
By
Mada Masr 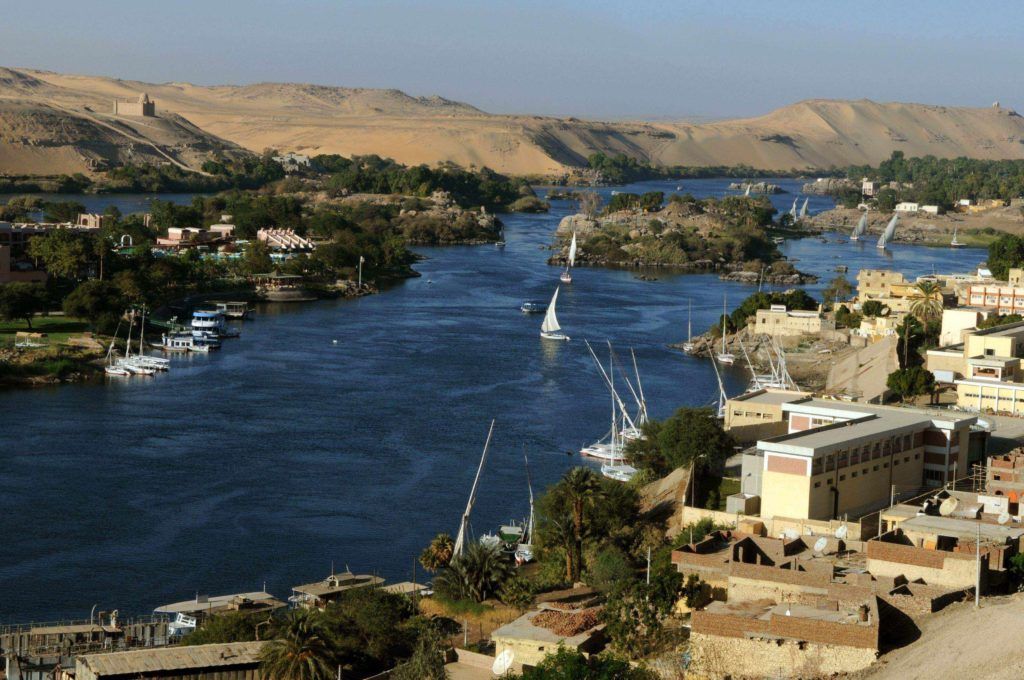 Egypt’s available quota of water per capita has dropped to 663 cubic meters per year, a decline of more than 60 percent in 43 years.

According to a report released Wednesday by state statistics agency CAPMAS, water resources per capita stood at an ample 2,526 square meters per year in 1947, dropping to 1,672 cubic meters in 1970 and 663 cubic meters in 2013.

The agency predicts that by 2025, the annual quota will dwindle to 582 cubic meters per person.

The United Nations sets a baseline figure of 1,000 cubic meters of water per person per year. When a country dips below that line, it is considered water poor, with insufficient resources to provide water for drinking, agriculture and nutrition for its inhabitants.

Countries with below 500 cubic meters per person per year are considered to be in a state of absolute water scarcity.

Most of the decline can be attributed to population growth. Under the terms of a 1959 treaty, Egypt is entitled to 55.5 billion cubic meters of Nile water per year, which it relies on for around 97 percent of its water. That quota has remained fixed while the population has skyrocketed, from around 27 million when the treaty was signed to 85 million in 2013.

Advances in technologies like wastewater treatment and desalination have allowed Egypt to increase its water supply, but not enough to compensate for the ballooning population.

Despite the rapidly shrinking water quota, Egyptians are not in immanent danger of dying of thirst. Humans need to drink about two litres of water per day to survive, or less than one cubic meter per year. But the growing scarcity does threaten Egypt’s ecosystem, and means that the country is facing increasingly tough decisions about how to allocate water.

According to CAPMAS, agriculture eats up 82.6 percent of the country’s total water resources. If it weren’t for Egypt’s food imports, this figure would be much higher. Wheat production requires, on average, 1.6 cubic meters of water per kilogram, which means that the 11.5 million tonnes of wheat Egypt imported in fiscal year 2011/12 was equivalent to 18.4 million cubic meters of water, almost a quarter of Egypt’s total water supply that year.

However, this trade in so-called virtual water comes at a cost. Shipping in food from around the world adds to Egypt’s carbon footprint, leaves it reliant on other countries to meet its population’s caloric needs and puts a strain on scarce foreign reserves.

Despite a growing water shortage, successive administrations have put an emphasis on increasing acreage under cultivation. According to CAPMAS, by 2017 the government aims to increase Egypt’s agricultural land by 3.5 million acres, primarily in Sinai, South Valley, Upper Egypt and the Western and Eastern Deltas.

The new report indicates that the government is looking to conservation and diplomacy to increase the amount of available water.

Each year, CAPMAS says an average of 15.7 billion cubic meters is lost due to seepage and evaporation in irrigation systems, noting that reducing waste requires “costly investments.”

The report also notes that Egypt and Sudan’s combined share of Nile Water amounts to no more than five percent of the rainfall in the Nile Basin, while upstream countries like Ethiopia and Uganda make “great use of rainfall agriculture.” It further states that 10.6 billion cubic meters of water could be saved “through joint cooperation and mutual benefits with the Nile Basin countries,” with the possibility of storing an additional 8.5 billion cubic meters in lakes and in Wadi Natrun.

For decades, Egypt relied on its relative military, political and economic power to keep upstream countries from tapping the Nile for agricultural and hydroelectric projects, but in recent years its southern neighbors have become increasingly assertive.

In 2010, despite Egypt and Sudan boycotting proceedings, Rwanda, Ethiopia, Uganda and Tanzania signed the Nile Basin Cooperative Framework, which would overturn the 1959 treaty that allocated around 94 percent of the river’s flow to Egypt and Sudan. Ethiopia has also pushed ahead with plans to build a 6,000 megawatt hydroelectric dam along its stretch of the Nile, despite concern from Egypt that the mega-project would impact its share of Nile water.