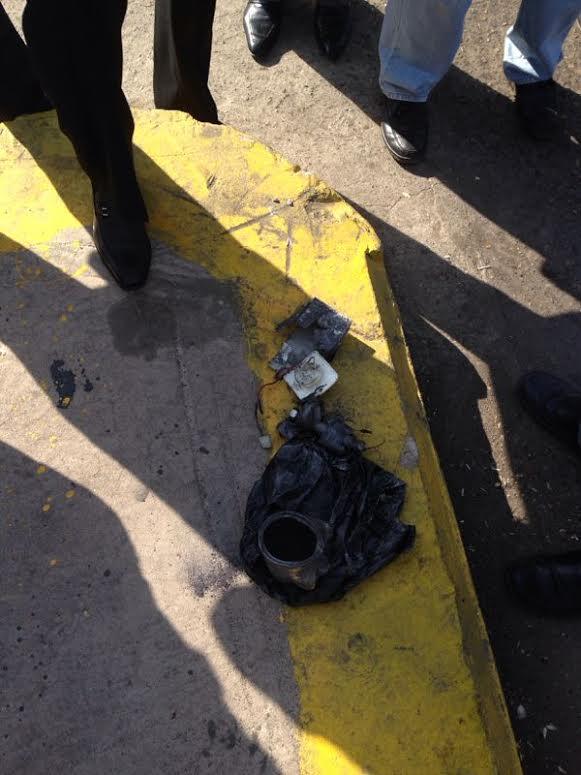 Three boys were injured on Monday when two homemade bombs exploded on the rooftop of a building in Cairo’s Imbaba neighborhood, a police source told the state-owned Middle East News Agency (MENA).

The victims were inspecting a black case in which the bombs were hidden when they accidentally detonated the devices, the source said. A third bomb was reportedly found and defused when security forces were deployed to inspect the building.

The incident follows another bombing earlier on Monday at Ain Shams University, which injured six students.

An eyewitness told Mada Masr that the explosive device had been thrown at students protesting on campus.

“We were standing at a protest by the main gate and something was thrown at us. Some said it was a homemade bomb loaded with nails and cement, and other construction material. At least six were injured because they were hit with the nails,” said Zeinab Abdel Rahman, a student who was taking part in a protest by the Muslim Brotherhood-led Students Against the Coup movement.

Topics
Related
Ain Shams University
6 injured in bombing near Ain Shams University
At least six were wounded when an improvised explosive device was thrown at a student protest near Ain
assassination attempts
Bomb goes off during Sisi rally in Cairo
Four people were injured when a bomb went off during a rally held in support of presidential candidate
attacks on police
Friday bombings leave 4 dead in Heliopolis, South Sinai
A series of three bombings left four people dead in Cairo and South Sinai on Friday, according to the