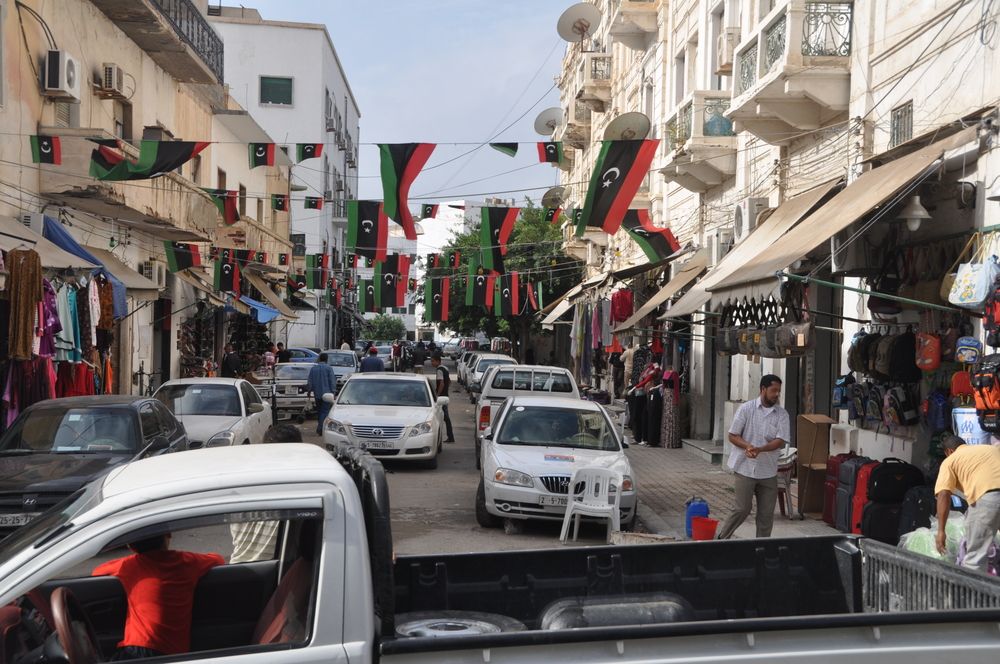 An offensive launched on Friday by a rogue former army general, Khalifa Haftar, against the Ansar al-Sharia and Rafallah al-Sahati militia groups has killed 70 people and injured 141 to date, according to the Libyan Health Ministry.

Libya’s weak central government described Haftar’s intervention as an attempted military coup designed for his own personal gain, while the former military commander claimed that the operation was launched to combat the increasing influence of the “terrorist Islamist militias.”

On Saturday, the authorities banned all flights over Benghazi, while Libya’s prime minister, the head of the military and head of parliament cautioned Haftar and any federal troops working with him to halt the offensive.

Supporters of the Muslim Brotherhood in both Libya and Egypt claimed that the Egyptian Air Forces participated in the offensive after spotting military jets flying over Benghazi at night, claims activist Mohamed al-Gheriany, who is based in the embattled city.

But “all the planes used in the operation are MiG 21 and 23, and those do not fly at night,” he explains. “When jets were seen at night, Islamists started speculating that these new jets are part of a military operation from the Egyptian Air Forces, but they weren’t.”

The jets were actually drones deployed by NATO for reconnaissance purposes, according to Gheriany.

At least two Egyptians fighting alongside the Islamist militants were killed in Friday’s operations, says the activist, while two others were arrested by the Libyan authorities.

The Egyptian Armed Forces has not released a statement to confirm or deny their involvement, and military sources were not available for comment.

Tripoli-based military expert Adel Abdel Kafy agrees with Gheriany that reports of Egypt’s role in the offensive were mere rumors. The only form of cooperation between Egypt and Libya is on an administrative level, he says, and pertains to securing the shared borders.

“Egyptian authorities are increasingly concerned with the security vacuum on Egypt’s western borders with Libya. Smuggling drugs and weapons and illegal immigration are all sources of deep concern for both governments,” he explains.

For now, military cooperation between the two nations takes place only at the level of exchanging information, and has not yet escalated to the Egyptian Armed Forces’ direct intervention, Abdel Kafy asserts.

On Sunday the Matrouh Security Director, General Anany Hassan Hamouda, heightened the security alert along Egypt’s western border with Libya, in coordination with the military and the national security apparatus.

Hamouda said that security would be tightened on Salloum port land, and that security patrols would intensify on desert roads to prevent terrorists from crossing over into Egypt, reported the state-owned newspaper Al-Ahram.

Eyewitnesses told Al-Ahram that the number of Egyptians returning home from Libya has increased by 20 percent in the last few days, due to intensifying unrest sparked by Friday’s military offensive.

Egypt’s alleged military intervention was first reported on Rassd, a Muslim Brotherhood-affiliated news network based in Egypt, which quoted unnamed sources as saying that Egyptian jets were deployed to bombard the Rafallah al-Sahati brigade, followed by a similar attack from Haftar’s forces.

Sources inside the brigade were not available for comment.

The report provoked a wave of attacks against the Egyptian Armed Forces on social media, especially by commentators affiliated with the recently banned Brotherhood group.

Sisi launched an intense military crackdown on the Brotherhood and other Islamist forces on Egyptian soil after removing former President Mohamed Morsi from power last July. He is widely expected to sweep the polls in the upcoming presidential elections, with the first round of voting slated to begin on May 26 and 27.

Sisi stirred heated debate recently when he asserted that the Egyptian military would intervene if any other Arab country came under threat.

In an interview with the privately owned satellite channel Sky News Arabia, Sisi asserted that Egypt’s army is a mindful and wise institution that protects, but does not threaten.

But if a threat was posed against any other Arab country, it would only take Egypt’s Armed Forces “the distance required [to reach it]. No one shall be threatened while we are here,” the field marshal declared.

“Egypt is back to its Arab brothers and its Arab role. We are together now,” he added.

In another interview with the US-based channel Fox News, Sisi slammed Washington and NATO for abandoning Libya following the ouster of former President Muammar Qadhafi in 2011, blaming them for the ensuing security vacuum that opened the door for “extremists, assassins and murderers” to take control of the country.

“History will judge you severely,” he warned.

Since Morsi’s ouster, Sisi has been beating the rhetorical war drums against what he calls terrorist forces, launching an intensive military campaign against what are purported to be armed Islamist extremists in Sinai.

“The only thing they know is destruction,” Sisi said in the interview, as he discussed Islamist militants fighting in Syria and Libya. “Osama bin Laden was only the first.”

But Ziad Akl, a senior researcher on Libyan affairs at Al-Ahram Center for Political and Strategic Studies, dismisses the possibility of direct Egyptian military intervention in Libya.

Military intervention in countries that are “not institutionally sophisticated,” like Libya, is dangerous and very difficult, and such strategies are not as effective as they were in the past, Akl contends.