6 injured in bombing near Ain Shams University
By
Mada Masr 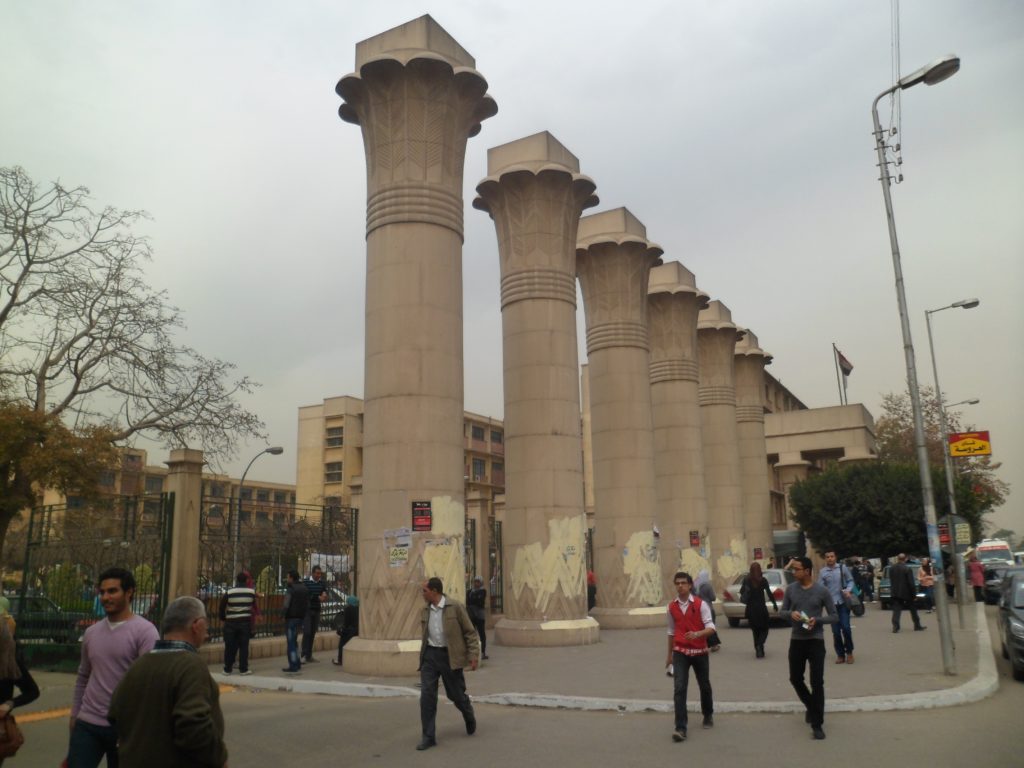 At least six were wounded when an improvised explosive device was thrown at a student protest near Ain Shams University on Monday, an eyewitness told Mada Masr.

“We were standing at a protest by the main gate and something was thrown at us. Some said it was a homemade bomb loaded with nails and cement, and other construction material. At least six were injured because they were hit with the nails,” said Zeinab Abdel Rahman, a student who was taking part in a protest by the Students Against the Coup movement.

Khalifa al-Maamoun Street and the main roads around the university were closed off by APCs, and there was high security presence in the area before protesters were dispersed.

The ongoing final exams at the university carried on as scheduled.

Ain Shams University has been one of the main sites of student protests since former President Mohamed Morsi was removed from power last July.

University protests often descend into violence as security forces attempt to forcibly disperse demonstrators. At least 14 students have been killed during clashes on campus across the country in this academic year alone, while hundreds more have been expelled and arrested.

The Interior Ministry, in turn, accuses students of breaking into administrative buildings, disrupting the course of study and now final exams, and blocking the roads around the campuses.

In January, six students were arrested at Ain Shams University during a protest in support of the deposed president. The protesters were accused violence against security forces and blocking roads.

More recently, on May 11, 36 Al-Azhar University students were sentenced to four years in prison each on charges of rioting during protests on campus last December. The defendants were also slapped with a fine of LE30,000 each.

Students at Ain Shams University also demonstrated following this sentence, protesting against the arrest of their classmates and calling for their immediate release. The demonstrators chanted against the Armed Forces and the police, and held up banners depicting the yellow and black icon commemorating the dispersal of the Rabea al-Adaweya sit-in which had demanded the reinstatement of Morsi.

Despite the continuous bouts of violence, final exams at Ain Shams University were scheduled to start on May 3 and end on June 24, according to a controversial decision by the university’s Council of Deans.

The Supreme Council of Universities had requested that universities across Egypt conclude final exams by June 26, while taking a break on May 26–27, when the presidential elections are scheduled to take place.