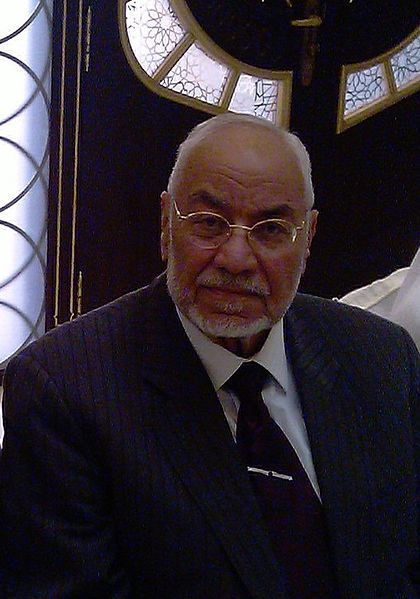 Akef’s acquittal is the first for a Muslim Brotherhood leader since a severe crackdown on the group started in July following the removal of former President Mohamed Morsi and intensified after the violent dispersal of two pro-Brotherhood sit-ins in August.

He was arrested on July 4, the day after Morsi’s deposition, on charges of insulting the judiciary. A number of judges raised the case against Akef after a Kuwaiti newspaper published an interview with him in which he allegedly said they were corrupt.

Talk show host Mahmoud Saad testified in today’s session, confirming that Akef had said this in the interview.

The newspaper also quoted Akef saying that the new judicial authority law, which Morsi’s government was planning to issue before his ouster, was going to retire 3,500 judges in order to cleanse the institution. This statement caused a major uproar amongst judges, adding fuel to the animosity between the judiciary and Morsi’s government, which escalated throughout his rule.

The court had already decided in a session in December to release Akef pending investigations. However, his lawyer informed the media that he would remain in detention on charges in other cases.

Akef is among several Muslim Brotherhood leaders accused of murder and inciting murder during clashes that took place outside the office of the Muslim Brotherhood Guidance Bureau on June 30 last year. Investigations in the case are still ongoing.

The former supreme guide’s lawyer told Al-Youm Al-Sabea following the verdict, that the case was heard by the same court that released Islamist Wasat Party President Abul Ela Mady in April, which the defense was happy about.