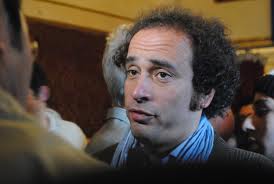 A group of public figures have launched a campaign against capital punishment in Egypt.

In a statement entitled “I’m against execution” released this week, they said the campaign comes in the wake of “the growing sentiment that belittles the right to live in Egypt and the recent rise in death sentences.”

This rhetoric, the statement says, “fuels an atmosphere of intimidation and escalation of violence.”

The group says it will work toward abolishing the death penalty in Egypt so that the country can be on par with its counterparts that have already done so, including several Arab and Muslim countries.

The statement said that preserving human life is important and capital punishment is a waste of life.

The campaign was triggered by the “apparent deterioration in the justice and legal systems in Egypt,” the statement read.

It added that the use of torture to extract confessions in several cases has further worried the signatories about “a penalty that cannot be reversed.”

“The undersigned call on the relevant authorities in Egypt to suspend all death penalties issued and to prevent any further death sentences until a wide social dialogue is opened to allow everyone to weigh in on the problems of this type of punishment,” the statement read.

Late last month, a Minya court sentenced 529 defendants to death for acts of violence following the dispersal of the Rabea al-Adaweya and Nahda sit-ins last August.