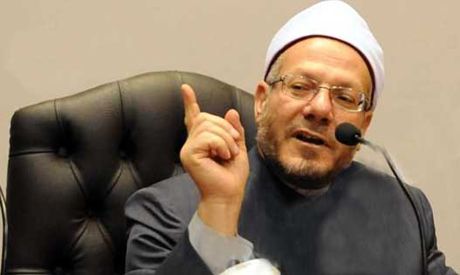 Egypt’s official religious institution tasked with drafting edicts has denied issuing a final ruling on the death sentence handed down to 529 defendants in Minya.

Late on Thursday, the privately owned Al-Masry Al-Youm (AMAY) reported that the Dar al-Ifta had ratified the death sentence ahead of the court’s final verdict on April 28, clarifying that the institution accepted the ruling for some of the defendants while rejecting it for others.

“The opinion of Dar al-Ifta in the case is secret and cannot be disclosed, and everything being reported about accepting or rejecting [the death sentence] for some or all defendants in the case is baseless speculation,” Negm reportedly said.

In its second court session on March 24, the Minya Criminal Court sentenced 529 defendants identified as Muslim Brotherhood supporters to death for violent acts committed after the dispersal of the Rabea al-Adaweya and Nahda Square sit-ins last August.

The defendants were found guilty of storming and burning the Matay police station in Minya, killing a police officer, attempting to kill two others, stealing weapons and releasing inmates.

The sentence was referred to the grand mufti for ratification, a procedure required for all death sentences. The Minya Criminal Court is due to issue the final verdict this coming Monday.

AMAY and other media outlets, such as the privately run Al-Wafd newspaper, had initially quoted unidentified sources familiar with a report in which the Dar al-Ifta allegedly ratified the death sentence for defendants directly involved in the killing of the police officer, while rejected the ruling for others in the case.

A joint statement signed by 15 Egyptian human rights organizations expressed grave concern over the ramifications of the verdict.  Eight political groups, including the April 6 Youth Movement, also released a statement calling the verdict “a crime against Egyptians,” as well as a “terrifying blow to the principles of justice.”

Marie Harf, deputy spokesperson for the US State Department, said, “We are deeply concerned — and, I would say, actually pretty shocked — by the sentencing to death of 529 Egyptians related to the death of one policeman.”

AD
You Might Have Missed
Where do old lesbians go to die?
Carbon Colonies & A Green New Deal
Mugamma revisited: Reimagining the building and the square
If they steal Sheikh Jarrah
AD