US relaxes hold on military aid to Egypt
By
Mada Masr 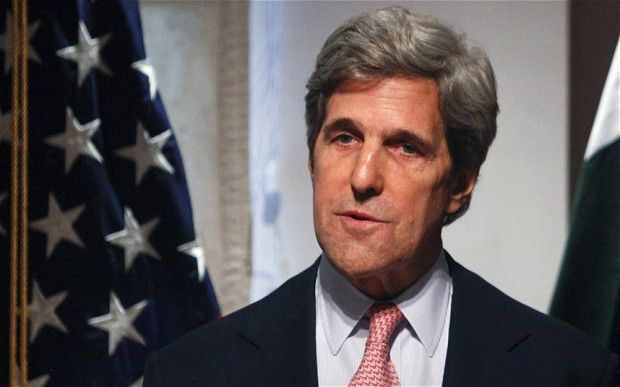 The Pentagon announced on Tuesday that it would deliver 10 Apache attack helicopters to Egypt, lifting the hold that was imposed on the delivery of the helicopters following the removal of former President Mohamed Morsi last July and the violent dispersal of his supporters in August, Reuters reports.

Statements by US Defense Secretary Chuck Hagel and Secretary of State John Kerry on Tuesday and Wednesday mark a change in the US administration’s stance on Egypt. The US initially condemned the removal of Morsi and the ensuing violence that took place.

In a telephone call on Wednesday, Kerry told Minister of Foreign Affairs Nabil Fahmy that he had informed Congress that Egypt had met the criteria to resume receiving military aid.

However, Kerry added that he was not yet able to verify that Egypt was taking steps toward democratic transition, and urged Egypt to follow through on its commitment to democracy. This includes holding free, fair, and transparent elections, State Department spokeswoman Jen Psaki said on Wednesday, as reported by Reuters.

Presidential elections are scheduled to start in May. Former Defense Minister Abdel Fattah al-Sisi, who recently resigned from his military post to run for president, is expected to win by a landslide.

Kerry also called on Egypt to ease restrictions on freedom of expression, assembly and the media, she said.

Since August, the Egyptian government has embarked on a fierce security crackdown that has resulted in the arrest of over 16,000 people, according to anonymous security sources that spoke to AP last month. The government also issued a law that imposes strict restrictions on the right to peaceful assembly last November, which has since been used to detain and sentence protesters.

According to Reuters, Defense Secretary Chuck Hagel told Defense Minister Sedky Sobhy that the helicopters that the US will deliver will help Egypt in its “counter-terrorism operations” in the Sinai Peninsula.

“The secretary noted that we believe these new helicopters will help the Egyptian government counter extremists who threaten US, Egyptian and Israeli security,” Pentagon Spokesperson Rear Admiral John Kirby said in a statement.

The Egyptian military had announced an ongoing military operation against terrorist groups in the Sinai Peninsula since July. Several terrorist attacks have occurred in recent months targeting security forces.

Following the removal of Morsi on July 3, President Barack Obama said that the US was “deeply concerned” over the move and will continue to monitor the situation. In August, the US expressed its strong condemnation of the violent dispersal of sit-ins, which led to over 1,000 deaths. Obama immediately canceled joint military training with Egypt before suspending a portion of US military aid to Egypt, comprised of 10 recently restored Apaches, in addition to F-16 jets and US$260 million in aid to the Egyptian government.

According to an anonymous US official speaking to Reuters, the rest of the withheld aid will remain suspended for the time being.

Egypt has received $1.3 billion annually in military aid from the US since its peace treaty with Israel in 1978.