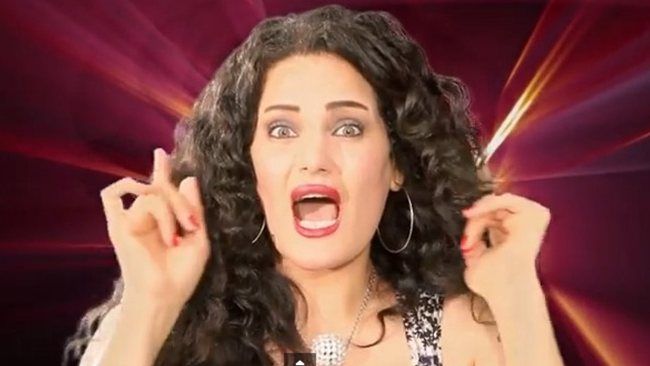 Belly dancer Sama al-Masry was released on Wednesday after spending four days in jail pending investigation into the alleged unlicensed broadcasting of her satellite station Feloul.

The court ordered Masry to pay LE20,000 and the confiscation of the station’s unlicensed equipment.

Masry’s lawyer Ali Ayoub said to Al-Arabiya that the station broadcasts from Jordan, which explains why it continued to do so, even after Masry’s arrest and the confiscation of the equipment at the station’s office.

Another court session commenced on Wednesday to investigate claims made by Zamalek Club President Mortada Mansour, accusing the star of spreading obscenity.

Masry’s popularity grew in 2011 when she started making songs and videos that mock Islamist politicians. She launched the Feloul station, which makes fun of politicians such as Nobel-laureate Mohamed ElBaradei, often using sexual innuendos.

In a recent video, Masry sang for Mansour after he announced his intention to run for president, wearing the Zamalek jersey, making fun of his bid and announcing that she was not afraid of retaliation. Mansour is known for his vengeful responses towards his adversaries in both the media and the courts.

Following the airing of the video, Mansour threatened Masry of closing down her station in a television appearance on Tahrir TV, affirming that he has reported her to the general prosecutor and the censorship authority.

Masry was arrested at the satellite station’s office on Sunday.

Mansour has a history of taking jokes about him seriously. After satirist Bassem Youssef mocked him in his show in March 2013, Mansour insulted his recently deceased mother and filed a lawsuit against him. Following the recent decision to suspend Youssef’s show until the end of May, Mansour claimed in the press that he was the one to stop the show after Youssef made fun of him again.