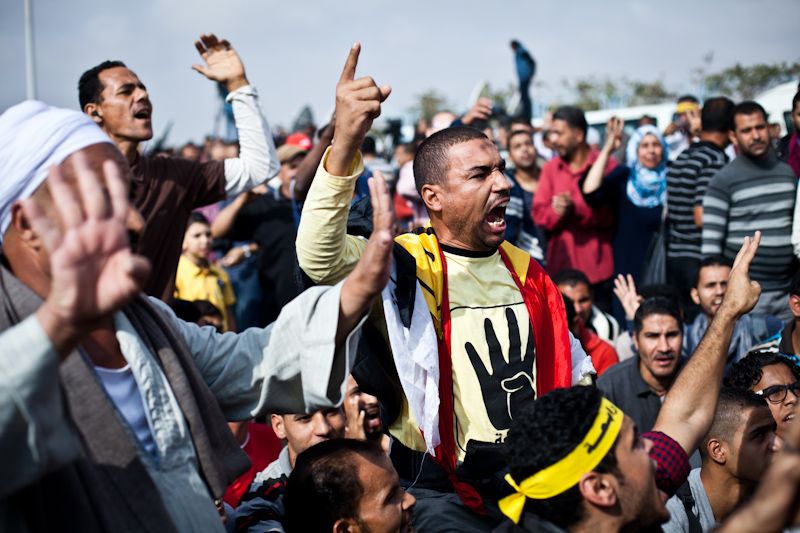 Cairo Criminal Court adjourned the trial of former President Mohamed Morsi and 14 other defendants — on charges of inciting murder at the Ettehadiya Presidential Palace clashes in December 2012 — to May 3, to continue hearing testimonies, privately-owned A-Masry Al-Youm newspaper reported on Sunday.

The court also allowed Brotherhood leader Essam al-Erian a visit to the physician for a medical check-up after he complained of severe back pain.

On April 6, the judge placed a gag order on all hearing sessions “to protect the privacy of the investigation and national security.” Egyptian State TV is the only media outlet allowed to record the initial proceedings, including verifying the presence of defendants and the court’s decisions.

In a previous hearing Mohamed al-Damaty, Essam al-Erian’s lawyer, requested that Judge Ahmed Abouel Fotouh be changed after he violated the law and revealed some of the details of the case in a television appearance.

Investigations reportedly revealed that Essam al-Erian, Mohamed al-Beltagy and Wagdy Ghoneim publicly incited the forced dispersal of a sit-in in front of the presidential palace in December 2012. The sit-in was held to protest the constitutional declaration granting Morsi’s decisions legal immunity.

The defendants are also accused of attacking peaceful protesters, the murder of journalist Husseini Abu Deif, and holding hostages inside the palace.

Morsi and other senior leaders of the Brotherhood are also implicated in two other cases, one concerning the escape from Tora prison during the January 25 revolution, in addition to an espionage case in which Morsi and his co-defendants are accused of assisting certain groups, including Palestinian Hamas, and endangering the country’s national security.

Topics
Related
Ettehadiya clashes
Court hears Ettehadiya clashes case against Morsi
On Saturday, the Cairo Appeal Court witnessed the sixth hearing in the case against deposed President
Mohamed Morsi
Morsi’s espionage case adjourned to February 27
On Sunday, the trial of former President Mohamed Morsi on charges of espionage was adjourned to February
2014 presidential elections
Morsi’s thoughts from prison
In a recording leaked to privately owned daily Al-Watan, Egyptians got a small taste of