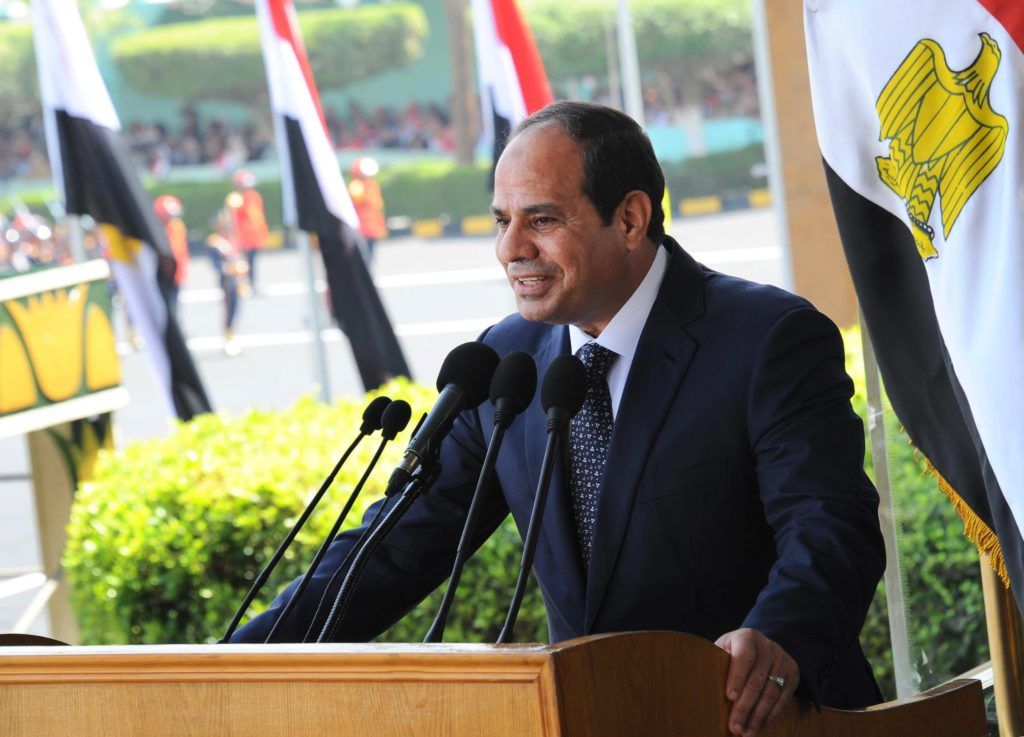 Presidential hopeful Abdel Fattah al-Sisi said in a meeting with a number of tribal figures from Sinai, the Delta and the Western Desert that he could have continued his role in the Armed Forces and not responded to the demands of the people.

The former leader of the Armed Forces said: “The people’s call is what prompted me to run, so that they don’t say Field Marshal Sisi hid amongst the Armed Forces and didn’t respond when people needed him.”

During the meeting, figures representing over 240 Egyptian tribes thanked Sisi for his efforts in leading the military institution during a pivotal moment in Egyptian history, and announced their support and endorsement for his presidential campaign, Sisi’s official Facebook page for his campaign said.

The social media page, launched on March 30, added that Sisi thanked tribal figures for traveling from all over Egypt to meet him. “We all look at you with respect and gratitude. You have a profound cultural history and Egypt needs those who follow your path to face the challenges it might endure in the future.”

Sisi has previously said these challenges include education, health, job opportunities and security.

The state has often been criticized for excluding tribes from politics, especially in Sinai where they are often accused of having ties to terrorist groups.

“I’d be very pleased if I went to Sohag and found it in a similar state to Cairo, or to Shalateen — a complete city with services and cultural and urban centers. However, this demands great continuous efforts from all Egyptians who strive for their country’s interests,” Sisi added.

This comes amid a series of meetings Sisi has had with stakeholders across the country after announcing his bid for the presidency.

Earlier on Tuesday, Sisi met with a group of American war veterans and strategic analysts to discuss the political and security developments in Egypt and the Middle East, his official Facebook page reported.

He emphasized the importance of not separating the security challenges in the region from its consequences on the stability of its nations. He also pointed out the need to find radical solutions for economic crises inflicted upon and weighing down the Egyptian people.

Sisi met with a delegation of Sufi leaders on Monday who also endorsed his presidential campaign. He tackled the subject of religious discourse, saying that the issues are over a hundred years old and that “the main rule in Islam is not isolating itself from its surroundings, which necessitates the need for intervention from true Islamic scholars to spread tolerance, loyalty, and affection among people.”