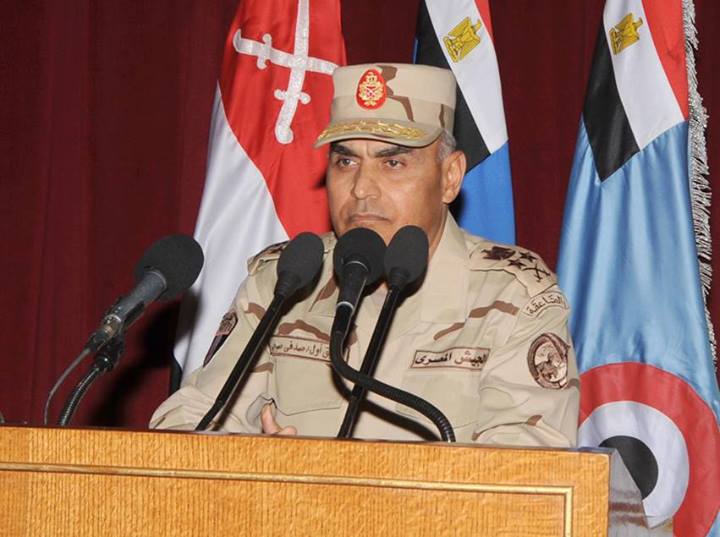 The delegation consisted of former military men and strategic analysts. In the meeting, they tackled developments in Egypt and the region and their implication on stability.

MENA clarified that the delegation supports Egypt’s “efforts toward democratization following the passing of the new Constitution,” as well as the roadmap and Egypt’s efforts to fight terrorism.

The delegation’s visit follows a phone call between Sobhy and Minister of Defense Chuck Hagel, the privately owned Al-Shorouk reported. The 20-minute call focused on security issues, the paper stated.

The news is reported by local media in the aftermath of a controversy surrounding the possible blocking of air force supplies from the US to Egypt as part of the regular assistance program. With the ouster of President Mohamed Morsi and the pro-military government take-over, several members of Congress, as well as US-based human rights organizations, demanded the US to put a halt on aid.

The US Embassy in Cairo issued a clarification explaining that reports claiming the US government is blocking the return of Apache helicopters owned by the Armed Forces in Egypt are false, and that the US is only keeping one helicopter for upgrade and maintenance. “That upgrade is complete, and it is available to be shipped back to Egypt at any time.”

“The United States continues to hold delivery of new Apache helicopters as a part of the US Administration’s review of assistance to Egypt,” the press release, which was sent in early April, stated.

The US had also canceled the yearly military exercise, Operation Bright Star, with Egypt last year in the aftermath of the forced dispersal of Muslim Brotherhood sit-ins and the death of hundreds. The cancelation of the biennial training exercise was an indication of the US position on Egypt.

“While we want to sustain our relationship with Egypt, our traditional cooperation cannot continue as usual when civilians are being killed in the streets and rights are being rolled back,” President Barack Obama stated at the time.

Egypt receives US$1.3 billion in annual aid from the US.

Under US federal law, military aid should be cut off from countries where elected leaders are deposed through a military coup.