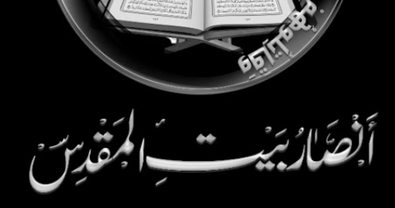 Spokesperson for Egypt’s Foreign Ministry, Ambassador Badr Abdel Atty, said on Thursday that Egypt welcomes Washington’s declaration of Ansar Beit al-Maqdes as a terrorist group and described it as a “step in the right direction.”

In an interview with London-based Asharq Al-Awsat newspaper, Abdel Atty added that the ministry is in constant communication with the United States and the United Kingdom concerning international terrorism and its impacts nationally and globally. He added that Egypt is working on linking groups such as Ansar Beit al-Maqdes to the Muslim Brotherhood.

A high profile US diplomat clarified that the US has no information about a connection between the two groups. The official, who refused to give his name, told Asharq Al-Awsat that the US has already expressed concerns over Egypt’s labelling of the Muslim Brotherhood as a terrorist organization, warning there is a difference between political opposition and issues of national security.

The official added that the US would do its best to fight Ansar Beit al-Maqdes, but would not increase military aid to Egypt as a result of the declaration.

The US Department of State designated Ansar Beit al-Maqdes a Foreign Terrorist Organization in a statement on Wednesday.

The declaration makes it a crime for US citizens to knowingly support the organization, and freezes its assets in the United States.

Ansar Beit al-Maqdes has claimed responsibility for a number of high profile attacks, including an assassination attempt on the Interior Minister in September 2013, a suicide bombing of South Sinai’s security headquarters in October 2013, and an attack on the Cairo Security Directorate in January 2014.

The attack on the Security Directorate was blamed on the Muslim Brotherhood, both immediately after the attack by bystanders and later by the government.

Shortly before the attack, the cabinet labeled the Muslim Brotherhood a terrorist organization.

The status of Ansar Beit al-Maqdes is still pending in the Egyptian courts.