Men sentenced to 8 years prison for debauchery
By
Mada Masr 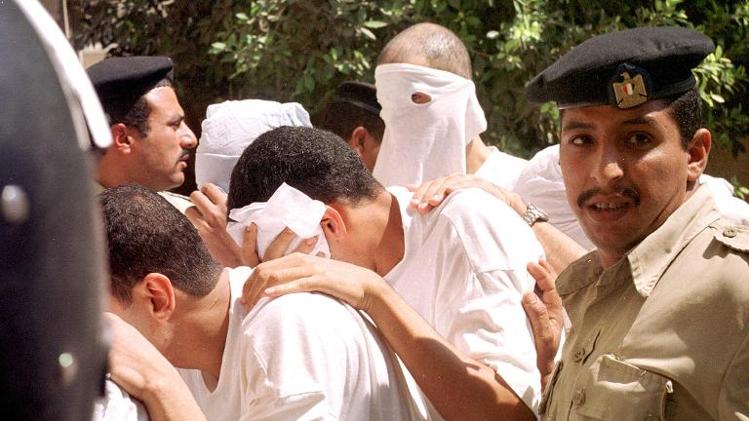 Three men were sentenced to eight years in prison on Monday on charges related to homosexual practices, while a fourth was sentenced to three years.

The Nasr City Misdemeanor Court issued the sentence only days after the four men were arrested in their Nasr City flat on Thursday after a police raid, the Associated Press reported.

While Egypt has no laws banning homosexuality, the men were charged with debauchery, an accusation that is often levied against homosexuals in Egypt along with other vague indictments such as “indecent behavior.”

The prosecution told the media that the men had dressed up in women’s clothes and make up and wore fake breasts, all of which led to the debauchery charge. The men were also accused of practicing homosexual prostitution.

Last October, 14 men were arrested in the Marg area in a natural remedy center accused of hosting homosexual activities.

Homosexuals in Egypt faced harsh oppression by both society and the state under former President Hosni Mubarak’s regime, which has not been mitigated by the successive administrations that followed his ouster.

In one high profile incident in 2001, police officers arrested 52 men aboard the Queen Boat for homosexual behavior. They were tried on the same vaguely worded charges used in the Nasr City case, and 23 were sentenced to prison.

Topics
Related
cinema
Please keep it in the family and spare us
Sarah Carr | Being a gay man in Egypt is already a struggle without this film and its tired old clichés, lurid misinformation,
Gamal Mubarak
Of moral panics and state security
Sarah Carr | It was the usual story: A group of men “discovered” by the police engaging in “acts of perversion,”
LGBTQ rights
14 arrested for ‘practicing homosexuality’
An Egyptian prosecutor has ordered the detention of 14 people for four days pending investigation for