A postcard from the Luxor African Film Festival

I had the fortune to finally visit Luxor last week, having been generously invited to present two films in competition at the Luxor African Film Festival.

It has been running for three years and its aim is to “not be a traditional festival … but to be a real artistic and human bridge with all the artists and free thinkers in our motherland continent.”

This was an interesting aspect of the festival — remembering Egypt’s place within Africa, with Luxor as its gates to the continent. Certainly being in the city one is reminded daily of Egypt’s connection to the rest of the continent as much as of its ancient past, just by watching the Nile that flows from its source in Uganda.

Luxor temple, a site that once drew hoards of tourists from across the globe, is now strangely empty. Not a tourist in sight. This is the stark problem for Luxor at the moment. A city that relied on tourism has become desolate after governments placed travel bans on Egypt due to political instability.

The only instability I felt was precisely from this lack of tourism and the local population’s worry about where money will come from. Film festivals are used to bring revenue to places through visitors, and they are also used as pawns in games of international diplomacy. The Luxor African Film Festival is no exception — hence the large numbers of international guests that occupied the hotels during the festival’s eight days.

On the night of the opening ceremony Luxor temple was packed. A stage had been erected at the entrance and seats placed in front of the stage. As I arrived I noticed a long chain of armed riot police apparently protecting the festival. In the temple grounds was a huge police and military presence, including masked snipers.

I was unsettled, not by the prospect of trouble but rather by the threatening feeling of being surrounded by large groups of soldiers with guns. Perhaps it was part of a charade to somehow guarantee the safety of the important international guests, such as the American actor Danny Glover and the Malian filmmaker Souleyman Cissé.

Finally the majority of international guests arrived after a Nile boat trip. The festival was officially opened with a formal introduction from the organizers and a pharaonic ballet of quite spectacular proportions in front of the seated statues of Ramses II. Luxor felt calm and I marveled at this bringing together of contemporary life and ancient forms under the hieroglyphs of the stars.

Over the next seven days the festival unfolded between various venues and hotels, screening a large variety of films — documentary and fiction, short and long, on a wide array of subjects either about Africa or from African filmmakers.

The festival had chosen three hotels to house the guests, and these three hotels sat vertically one above another in a hierarchy of festival importance. The most exciting hotel undoubtedly was the one occupied by the short filmmakers. Here was to be found a large group of mostly young and active, predominantly African filmmakers.

Across the whole week of the festival a filmmaking workshop took place at the hotel, led by the Ethiopian director Haile Gerima, who gave a tough and rigorous practical introduction to many aspects of filmmaking. Although I didn’t take part in the workshop it provided a great deal of conversation and excitement the whole time, as the hotel grounds were busy with a large group of young filmmakers eagerly listening to a master of African cinema and at times shooting scenes for short films among the hotel guests.

With an idea of discovering the future of African cinema, I decided to focus almost entirely on the short film competition. It was here that I felt a certain energy and urgency due to the fact that many of the shorts were first films or graduation projects from film schools and thus representative of a younger generation of filmmakers.

The shorts were rather light on the documentary form, which made up less than half of the total selection, but two in particular stood out.

“Au Fil de l’Electricité” by Aimée Nkounko from Congo Brazzaville is a film made in an interesting observational style, predominantly in wide shots, about the problems with, or general lack of, electricity in the city. Nkounko reveals the ways in which people work around the shortages, including a stunning scene with young students reading their textbooks under the streetlights along a main road.

Another great discovery was “Erki” by Egyptian-Nubian filmmaker Wail Gzoly, a medium-length film that unfolds a story about the problems of Nubian displacement after the building of the Aswan High Dam. Gzoly’s film is a political treatise about the loss of land and culture recounted through an intimate portrait of a young man’s journey to the land of his ancestors, told through a literary cinematic style with voiceover and first person camera used like a pen to write the diary entries of this voyage.

In terms of fiction I was especially taken by “His to Keep” by Kenyan visual artist and filmmaker Amirah Tajdin. The film deals with post-colonial legacy in Kenya, telling the story of a veteran Mau Mau fighter and his mixed reaction to the British judicial system’s decision to allow ex-Mau Mau to sue the British government for crimes committed against them in the 1950s. Tajdin weaves a subtly political narrative that speaks about the psychology of colonial trauma placed within a very contemporary reflection of present day Kenya and its relation to its own troubled past. The muted greens and brown of the image, and the handheld, almost fragile camerawork seem to reflect the physical state of the film’s protagonist and one is left with an eerily bodily experience of this tragic story of pain, loss and regret.

Another short that dealt with the trauma of colonialism, albeit in a less apparent manner than Tajdin’s, was “Behind the Word” by young Rwandan filmmaker Marie-Clémentine Dusabejambo. The film speaks about a young girl who, on entering a private school, finds herself ridiculed by teachers and classmates due her lack of knowledge of either French or English. The girl, only proficient in her native tongue, turns to art as a form of expression and manages to reveal her troubles through drawings. Dusabejambo’s very moving film cleverly suggests that Africans need not be dependent on (post)colonial ideals of modernity in order to create a truly independent African future and culture, while also arguing for an agency, beyond the spoken word, of the image — much like the process of filmmaking itself.

At the hotel I encountered the majority of the people I was to spend the rest of the festival with, and to experience such a cultural exchange was a great thrill. To spend a week with filmmakers from Kenya, Rwanda, Burkina Faso, Tanzania, Egypt, Madagascar and Eritrea, to name a few of the countries, was a chance to widen my cinematic horizons and cultural references. Furthermore, the festival in this respect provided a great platform for people from all over the African continent to come together and talk about cinema and other concerns, and thus collectively bring together various identities of a modern African cinema.

This was pointed to by a passionate speech given by Gerima at the closing ceremony.

“What is wrong with Africa is that we are people whose stories were stolen … but now, through the cinema, we are reclaiming our history, the stories that were robbed, and presenting it to the world in our own way,” he said.

Yet how to continue to present these stories from an African perspective? This was a question posed by the festival through the creation this year of a new filmmaking platform, ETISAL. It has been set up on the one hand as a film market for the promotion, distribution and archiving of African films, and on the other hand as a way to finance a series of short films to be produced in 2015. US$40,000 has been put forward to assist the creation of 20 short films by young African filmmakers. During this edition of the festival meetings took place between producers, distributors and directors to begin this process, and also to develop another future initiative called STEP, which will support young filmmakers from the African continent and diaspora with the production of five first or second features.

The festival says these various supports are being put into place to bridge the gap between Africa and the rest of the world of cinema and to “give equal opportunities to young African filmmakers to promote cultural diversity and freedom of expression.” It’s a very exciting prospect and one that holds the potential to bring to light Gerima’s aim of an African reclamation of history through African storytelling. 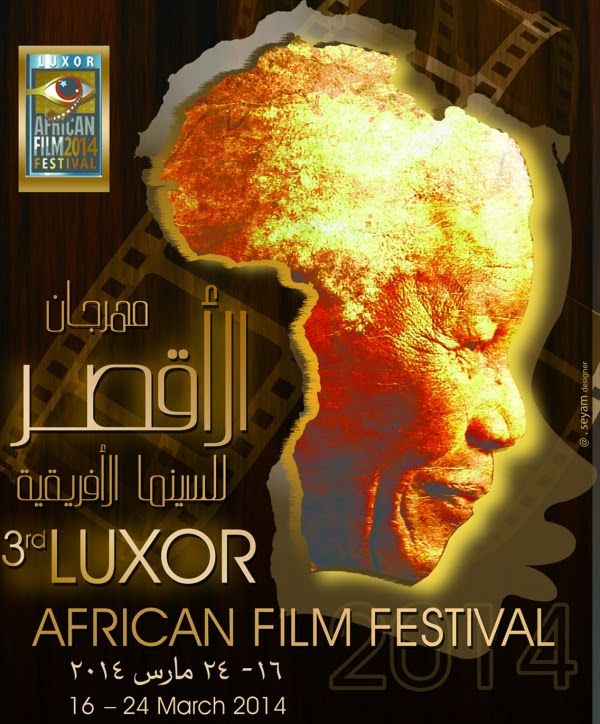 Louis Henderson is a British filmmaker currently residing in Paris.  His two films in competition at the Luxor African Film Festival were “Logical Revolts” made in Egypt in 2012, and “Lettres du Voyant” made in Ghana in 2013.

AD
You Might Have Missed
Mugamma revisited: Reimagining the building and the square
What we talk about when we talk about trees
Carbon Colonies & A Green New Deal
Where do old lesbians go to die?
AD
Louis Henderson
1 article on Mada