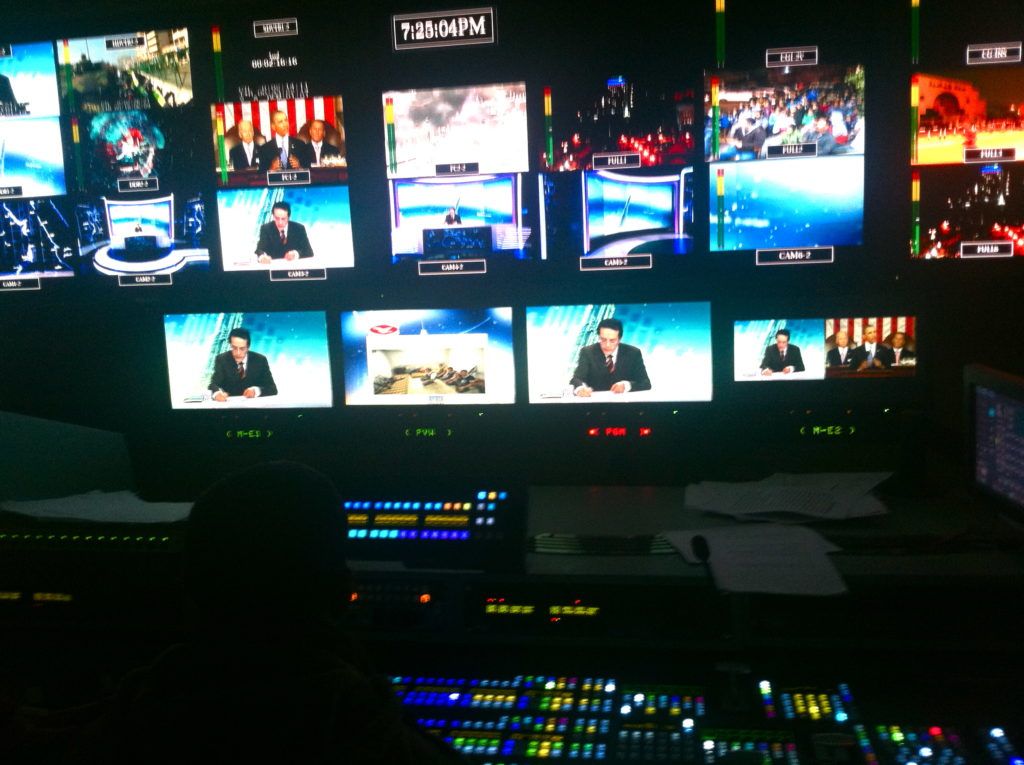 While the decision to hand the death sentence to 529 members of the Muslim Brotherhood on charges of storming and burning a Minya police station was met with condemnation from local and international rights watchdogs, Egyptian television had a different story to tell.

Most Egyptian satellite television channels, increasingly a mouthpiece for state institutions — particularly following the ouster of the Brotherhood from power last summer — celebrated the judiciary for the move.

Ahmed Moussa, who presents a show titled “Ala Masou’ouleyati” (On my Responsibility) at privately owned Sada al-Balad channel, opened his show with a salute to the Egyptian judiciary.

“I salute the fairness and justice of our judiciary in defiance of those killers, and all those who attack it. Egypt’s judiciary is clean and fair,” he said.

Moussa slammed human rights organizations for attacking the judiciary, saying that their job is to defend the human rights of the Muslim Brotherhood while they forget about the people.

“Burn them, burn their bodies, burn their clothes,” he continued. “The state will win under the law and not with violence,” he concluded paradoxically.

A less fired-up and more smiley Rania Badawy, of “Fel Midan” (In the Square) show, broadcast on privately owned Tahrir channel, opened by saying, “Today, we got justice, the justice that we want. We are tired of your violence. We will build the country despite your war.”

Badawy used heavily religious language in her show to slam the Muslim Brotherhood, saying that they can do what they want, but God is there to protect us.

Badawy also featured the wife of the policeman killed in Minya in the aftermath of the violent dispersal of the Brotherhood sit-in in Rabea al-Adaweya last August. The policeman’s death is one of the main charges for which the 529 defendants were sentenced to death.

While Moussa slammed human rights organizations for criticism of the ruling, Badawy slammed the US after the State Department expressed concerns about the verdict. In nationalist rhetoric, increasingly common in the local media, Badawy asked why the US is focused on Egypt’s judiciary while it ignores the rest of the world.

She also criticized the response from Egypt’s Ministry of Foreign Affairs, which she considered mild. “Egyptian diplomacy is too diplomatic in my opinion,” she said, before spending the next few minutes offering advice to diplomats regarding how to address the US. “Respond in a stronger way, choose your words, be cruel, take a position,” she said, adding that the actions of the ministry are a disappointment.

On privately owned Al-Qahera Wal Nas, Naela Omara, presenter of the show “Hizb al-Kanaba” (The Couch Party), that elevates those who countered or felt apathetic toward the January 25 revolution, also gave the news of the death sentence with a smile.

She began her show by praying for the prosperity of all Egyptians, “except for a few,” she said, obviously meaning the Brotherhood.

“This is a judicial ruling, we shouldn’t comment on it,” she said. “But, we should understand it. We should remind the people of what happened and how Minya was the victim of Brotherhood violence following the dispersal of the terrorist colony of Rabea al-Adaweya.”

She went on to cite police casualties in Minya following the sit-in dispersal, reminding her viewers of churches that were burnt, museums looted and police stations raided, allegedly by the Brotherhood.

Like Moussa and Badawy, she slammed all those who stood against the verdict, querying why the state shouldn’t meet violence with violence.

“The state cannot meet violence with violence? What should it meet it with? A wedding procession? Ball gowns?”