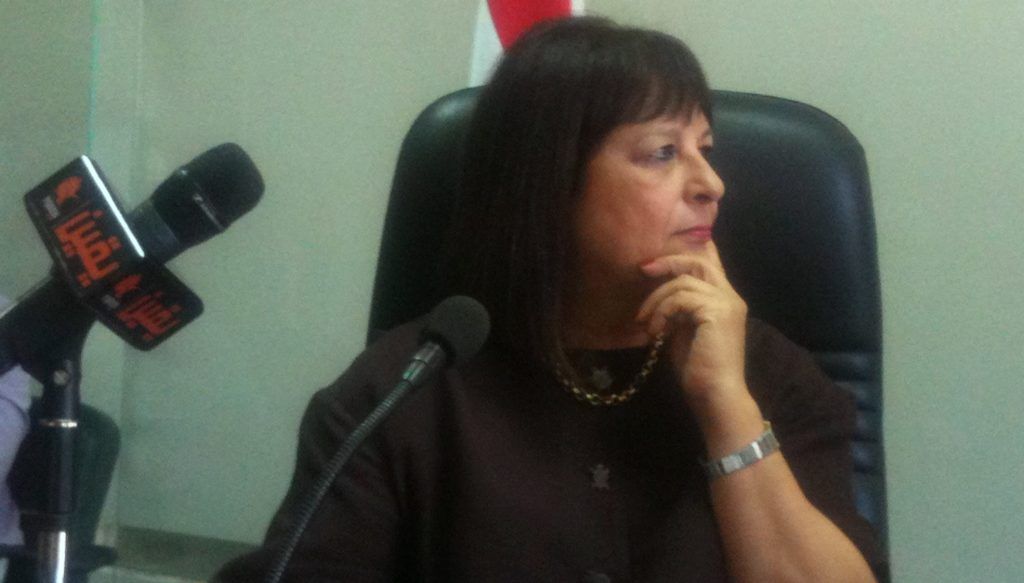 Minister of State for Environmental Affairs Laila Iskandar adamantly refused to give the green light to coal imports while speaking at a conference on Monday.

Iskandar, who has been a virulent critic of the cement industry’s fierce push for coal, said she was “insistent on protecting the health of Egyptians,” reported the state-owned Middle East News Agency (MENA).

“The ongoing debate right now around using coal in the cement industry cannot be considered a struggle but … an issue related to Egyptians’ health, especially the poor who, for the past 30 years, have not had access to medical care for diseases resulting from environmental pollution,” Iskandar said.

“The situation cannot bear the additional negative environmental and economic impacts of coal,” she stressed.

Earlier this month, conflicting statements from officials made it seem like the government had made a final decision to open the door for coal imports.

At the time, Iskandar told Mada Masr that Egypt was working towards finding a new energy mix for industry that would include renewable sources, energy conservation and heat recovery.

Environmentalists have waged a passionate campaign against coal for months, but cement industry players have recently been acting like it’s a done deal. There are reports that several factories are already preparing coal storage facilities.

Topics
Related
cement industry
Don’t give cement higher ground in coal battle, groups warn
The Egyptian government must not allow the cement industry to use coal power, said a joint statement
cement industry
Egypt working toward energy mix, not coal imports, claims Iskandar
Amira Salah-Ahmed | Egypt is working towards finding a new energy mix for industry, and particularly for cement plants, according
carbon emissions
Future of Egypt’s coal imports still topic of heated debate
Isabel Esterman | With Egypt in the grips of both an economic crisis and a severe power shortage, the question of whether
coal
The coal war
Louise Sarant | Two weeks ago, a giant mountain of coal was erected in the port of Alexandria. Uncovered, and barely