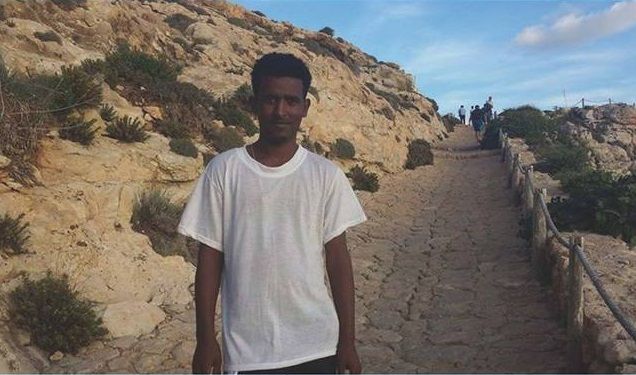 Human Rights Watch urged Egypt and Sudan to respond to calls by members of the UN Human Rights Council to take action against human traffickers in Sinai, in a statement issued Monday.

On March 14, 24 members of the UN Human Rights Council called on both countries to investigate and prosecute traffickers for kidnapping, torturing and killing refugees in the Sinai Peninsula.

“We urge all countries concerned to launch a concerted effort to identify, and to investigate the alleged involvement of officials, and to hold accountable all persons involved in these horrendous crimes,” a statement by the 24 countries read.

Gerry Simpson, senior refugee researcher at Human Rights Watch, lamented the impunity for traffickers, as well as officials working with them, in Egypt and Sudan.

“Egypt and Sudan should respond to this call for action at the UN with concerted efforts to arrest the traffickers and show zero tolerance for colluding security officials,” he said.

HRW’s statement referenced its report issued last February, “‘I Just Wanted to Lie Down and Die’: Trafficking and Torture of Eritreans in Sudan and Egypt,” which documents the torture of Eritreans for ransom since 2010 and implicates Sudanese and Egyptian security officers in facilitating trafficker abuses.

The report shows that when traffickers freed Eritreans whose families have paid their ransom, Egyptian border police often intercepted the Eritreans. It adds that the Eritreans’ cases are then transferred to military prosecutors who charge them with immigration offenses, denying them access to urgently needed medical care, as well as to the UN’s refugee agency.

HRW said it received reports of trafficking from eastern Sudan to Sinai as recently as February.

Members of the Human Rights Council also said that while Egypt has expressed its willingness to cooperate with international and regional organizations, the kidnapping, trafficking and torture has not stopped.

The countries called on Egypt and Sudan to “increase their vigilance, renew and strengthen their efforts in line with relevant national legislation or their National Plan of Action to Combat Human Trafficking.”

HRW also said that the failure by both countries to investigate and prosecute traffickers violates the UN Convention against Torture, international human rights law, and, in Egypt’s case, national and international anti-trafficking laws.

Last month, a comprehensive report presented by the Europe External Policy Advisors said that between 25,000 and 30,000 people were victims of human trafficking in Sinai between 2009 and 2013. At least 5,000 to 6,000 of these victims were tortured to death, the report said.

The report also said that increased military operations in Sinai have led to a surging wave of human trafficking survivors being arrested and treated as illegal immigrants.

“Now that these appalling crimes are being addressed at the UN Human Rights Council, it is high time for Egypt and Sudan to publicly explain how they plan to address them,” Simpson said.