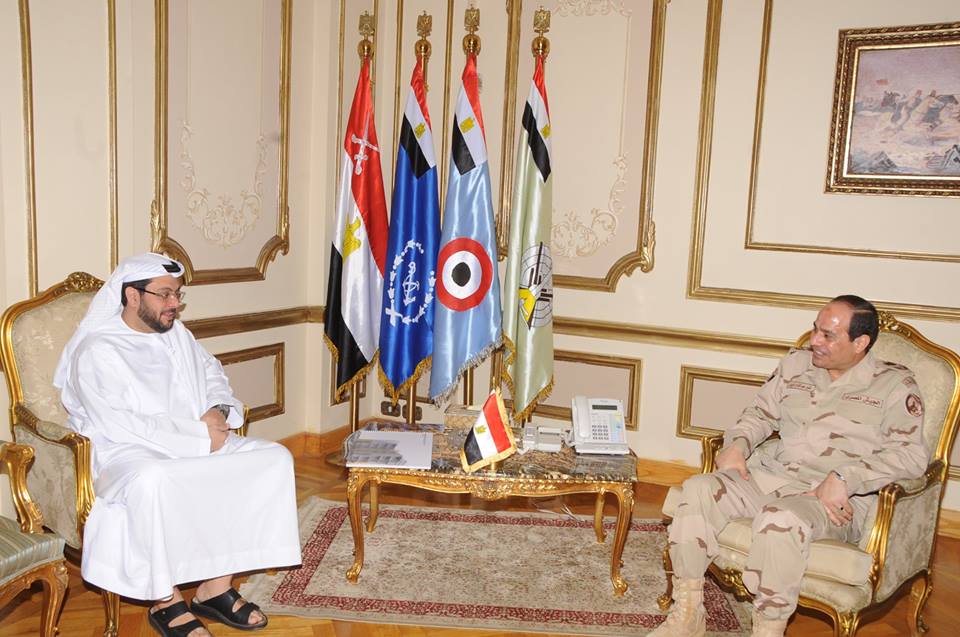 Over the next five years, one million housing units allocated to the underprivileged will be built at the behest of Field Marshal Abdel Fattah al-Sisi in cooperation with Arabtec, an Emirati construction company.

The deal between the Armed Forces and the company comes as part of Sisi’s newly launched campaign, dubbed “For Egypt’s Youth,” and is aimed at solving the housing crisis for low-income youth, according to a statement posted on the Armed Forces’ spokesperson’s Facebook page.

Sisi stipulated that the units follow a modern design and include green spaces, houses of worship, educational, entertainment, commercial and health facilities, as well as a parking lot.

The field marshal said the project had been made possible thanks to Egypt’s close relationship with “our brothers in the United Arab Emirates.”

Hasan Ismaik, managing director and CEO of Arabtec, expressed pride in cooperating with the Armed Forces to execute “the largest housing project in the Arab world,” which he said would contribute to Egypt’s economic and social development by providing job opportunities for over one million Egyptians.

According to Al-Ahram, Sisi approved offering the land to the construction company free of charge, thus saving 25 percent of the cost. Apartments will be available for an initial payment of around LE10,000-15,000 with instalments to be continued over 10-20 years.

Researcher for housing and land rights at the Egyptian Initiative for Personal Rights, Yahia Shawkat, questioned the feasibility of this project, as well as the government’s overall housing policy.

“If this is indeed a new ‘million unit’ project, then it builds on unreliable foundations and it is unclear what kind of housing policy Egypt’s government has, if any,” he told Mada Masr.

“The targets aren’t being met, meaning the project itself will definitely miss its five-year target of one million units,” he said.

“So knowing this, how will a new million-unit project be introduced and implemented by the government, even with foreign aid?” Shawkat asked.

He said that even if this new project builds on the current one, there would still be a large gap to make up, since “the current deficit for the first two years alone is 320,000 units, in addition to the 600,000 units that are to be built over the next three years.”

Topics
Related
house prices
The promise of a new housing minister and the policies Egyptians deserve
Yahia Shawkat | Mostafa Madbuly is the fourth housing minister since January 2011, the beginning of a revolution that
Cairo
In Greater Cairo, 40 percent live in informal housing
Forty percent of all Greater Cairo residents live in informal housing, according to a Ministry of Housing