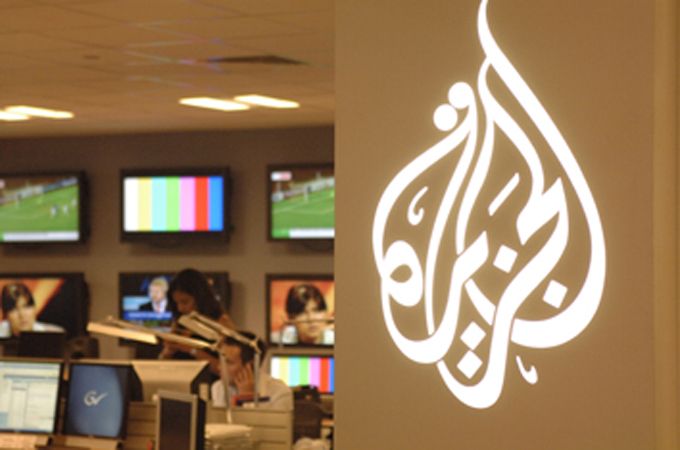 Amid allegations of police abuse and an international campaign of solidarity with the defendants, the Giza Criminal Court heard prosecution witnesses Wednesday in the trial of 16 Egyptians and four foreigners accused of spreading false news.

A number of the defendants reported being physically abused or tortured at the hands of prison guards, while several of their family members complained about poor prison conditions.

Handcuffed and dressed in white prison uniforms, eight defendants — including three from Al Jazeera English — appeared behind bars during their second court date, while 12 others are being tried in absentia. Most of the defendants are media personnel, yet several say they are neither journalists nor media staff.

Al Jazeera’s Egypt bureau chief Mohamed Fahmy arrived in court with his arm in a sling and reported suffering police abuse that fractured his shoulder nearly two weeks ago. He asked that his handcuffs be removed and shouted: “I have not betrayed my country.”

Another defendant yelled: “Journalists are not terrorists.”

Defendant Suhaib Saeed claimed that he was subjected to mental and physical torture in detention. He asked to be examined by forensic doctors, but was reportedly denied access to medical treatment or the ability to deliver his testimony. The detained student claims that he is wrongfully accused, and has nothing to do with this media-related case.

The defendants are accused of collaborating with the Muslim Brotherhood, which Egyptian authorities have classified as a “terrorist organization”, along with the charge of “disseminating false news.”

“Most of the defendants are affiliates of the Muslim Brotherhood,” reported the state-owned MENA news agency on Wednesday. Nearly all the defendants have said they have no links to the outlawed Islamist organization.

Prosecutors displayed confiscated personal belongings and media equipment before the court, and sought to associate these items as evidence of collaboration with the banned Muslim Brotherhood.

Judicial authorities claim that nine of the defendants were employed by Qatar-based Al Jazeera, although the news network says only three are among its staff: Australian reporter Peter Greste, producer Baher Mohamed and Fahmy. They were arrested at Cairo’s Marriot Hotel on December 29. The MENA news agency describes the three men as “the Marriot Cell.”

MENA alleged that the accused journalists sought to tarnish Egypt’s image, fabricate media reports and threaten the country’s national security. Their trial is scheduled to reconvene on March 24.

Speaking to the BBC’s Arabic channel outside the court, Andrew Greste claimed that he has been unable to visit his brother Peter, who is being held in a three-by-four-meter-cell along with his two colleagues.

Al Jazeera has repeatedly denounced the detention of four of its staff, including reporter Abdullah al-Shami from the network’s Arabic language channel who has been imprisoned since August. Shami, who is awaiting trial in a separate case, has been on hunger strike since January 23, according to Al Jazeera.

“To continue to keep them behind bars after such a long time in detention is simply outrageous, so we continue to call for their immediate release” said Al Anesty, managing director of Al Jazeera English.

On February 2, a fifth Al Jazeera staff member, cameraman Mohamed Badr, was acquitted on charges of participating in a riot. He has since been released.

Dozens of marches and vigils have been staged around the world to condemn the detention and trial of journalists in Egypt, also demanding that authorities uphold press freedoms and basic human rights.