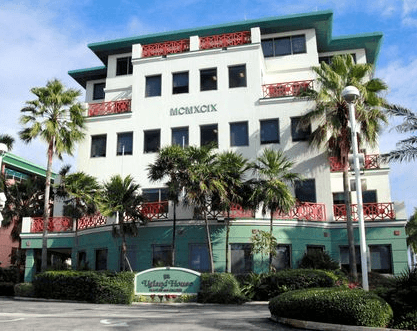 Most of us know that the world’s largest buildings by height are located in Dubai, Shanghai, New York and other international metropolises. But what we know far less about is the location of the largest buildings in the world by number of registered companies.

Ugland House is a five-storey building located in the tiny Cayman Islands in the Caribbean. Despite its size, this space is home to nearly 19,000 companies.

But how do thousands of companies fit in such a modest space?

The answer is that they do not fit — not in any physical sense. Most companies registered here exist only in public records and, for the most part, have a parent company located in other jurisdictions.

The Cayman Islands have a zero-percent tax rate on all sorts of income, including capital gains and corporate taxes. The tax haven is an attractive destination for businesses around the world to register or have subsidiaries there to avoid paying taxes in their own countries.

It is difficult to know which Egyptian companies are registered in this building due to the secrecy most tax haven countries provide investors. However, Cairo-based regional investment bank EFG-Hermes, which owns many subsidiaries in no-tax jurisdictions, has at least one company among the 19,000 registered at Ugland House, according to one of the firm’s documents.

Ugland House eventually came to the attention of US President Barack Obama. “For years, we’ve talked about shutting down overseas tax havens that let companies set up operations to avoid paying taxes in America,” he said in a speech in 2009 on international tax policy reform.

Despite his firm warnings, Obama seems to have forgotten that his own country is accommodating what is probably the world’s largest building by registered businesses.

The building in Delaware, a state know as a low-tax jurisdiction, also has some Egyptian companies registered there.

According to the Delaware business registry, a company called EFG Capital Partners Inc. is registered at 1209 North Street. The name of the company is identical to another EFG-Hermes subsidiary registered in the Cayman Islands, which might be a possible sign of a link to the Egyptian investment bank. 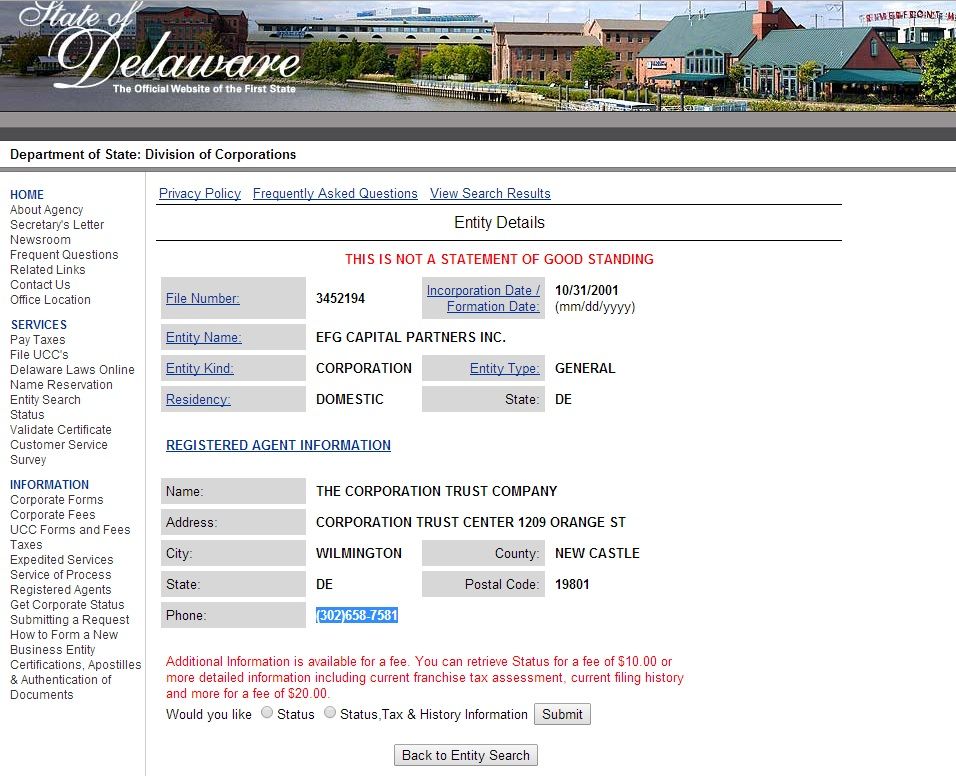 According to the registry, another two EFG-Hermes companies called The Middle East and North Africa Opportunities Fund, L.P. and the Egypt Growth Fund are registered in the same building.

A request for comment to the EFG-Hermes headquarters in Cairo went unanswered for several days.

The construction and cement giant, Orascom Construction Industries, also has a registered company for its US subsidiary Orascom E&C USA, Inc. in the Delaware building.

There are numerous companies with “Egypt“, “Egyptian” or “Misr” in their name registered in the Corporation Trust Center building in Delaware, but it’s not always easy to establish a connection with a person or an entity in Egypt.

But why would any company want to register there and fight with hundreds of thousands of other companies over this small office space?

It is mainly because shell companies, or companies with no significant assets or operations, are often used as a vehicle to shift profits to no- or low-tax jurisdictions using a variety of tactics including transfer mispricing and round tripping.

Some websites provide the service of registering these companies online in a few minutes for a small fee of a few hundred dollars.

Transfer mispricing is when a company sells a product to its subsidiaries on paper only for artificial prices to avoid paying taxes, a tactic used to maximize company profits.

It is done by making the most profits on paper in a country with the lowest tax rates usually through a shell company in one of the tax havens. The Washington-based organization Global Financial Integrity (GFI) estimates that between 2001 to 2010, at least US$22.32 billion left Egypt illegally as a result of trade mispricing.

Round tripping, on the other hand, is routing your earnings through a set up company in a tax haven so it is counted as earnings of a foreign company and, therefore, not taxable in the investor’s country of residence.

There are around 85 companies registered in the Cayman Islands investing about $2.5 billion in Egypt, according to the General Authority for Investment. Considering the minuscule size of the island, it is unlikely that these large investments are native to it. It is therefore more likely to be about routing profit through shell companies in tax havens.

“If you set up a company in a tax haven and route your money through it, your earnings are counted as earnings of a foreign company — and you only pay the tax due in the tax haven where the company is registered. That is usually next to nothing,” says Nick Hildyard, a British anti-corruption activist and the founder and director of the London-based anti-corruption organization The Corner House.

While GFI estimates that at least $22.32 billion of taxable profits left the country in an attempt to avoid taxation, this would only be a fraction of the total unpaid taxes.

With a large informal sector and a history of tax evasion, Egypt loses billions of pounds in unpaid taxes annually. Last year, Egypt collected roughly LE93 billion in taxes on goods and services. If roughly 30 percent of economic activity happens in the informal sector, and another 30 percent of businesses pay only half of what they owe, losses for last year alone would total nearly LE77 billion.

The existence of such tax havens also intensifies tax competition between countries to keep investors “onshore,” which leads to what experts call “a race to the bottom” affecting tax revenues of governments.

This can only lead to cutting government spending on public and social services, and relying more on indirect taxation, or over-taxing low and middle incomes, who are unable to hide their incomes in tax havens.

AD
You Might Have Missed
Where do old lesbians go to die?
What we talk about when we talk about trees
Mugamma revisited: Reimagining the building and the square
Carbon Colonies & A Green New Deal
AD
Osama Diab
7 articles on Mada